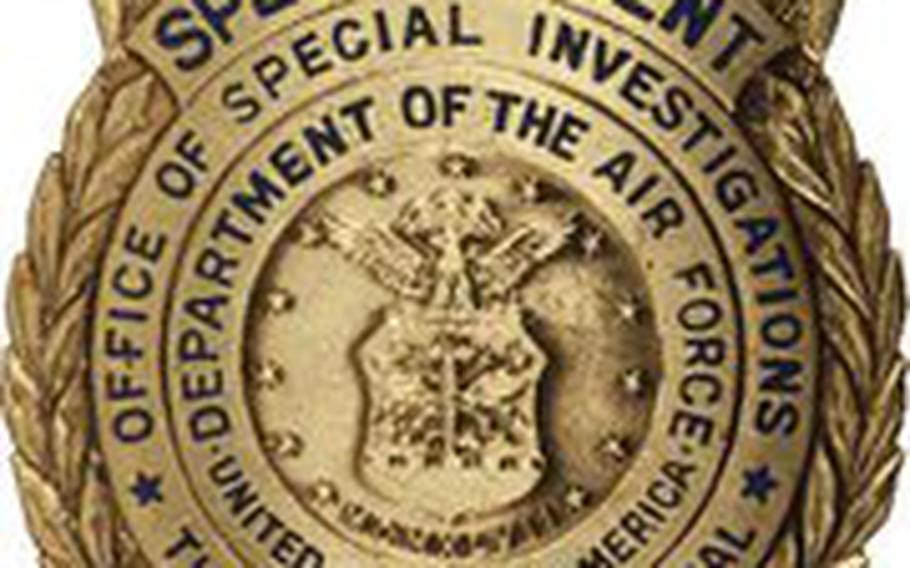 YOKOTA AIR BASE, Japan &mdash; Hoping to increase tips on fraud and similar crimes, Air Force investigators here are taking the unprecedented approach of reaching out to the public via social media.

The Air Force Office of Special Investigations Detachment 21 recently set up a &ldquo;Yokota AB &ndash; Report Fraud, Waste, and Abuse&rdquo; Facebook page, the main feature being an online survey for reporting such crimes in the military community.

But unlike Facebook, the survey is anonymous, said Special Agent James Merenda, commander of the OSI detachment at Yokota. The aim is to provide another avenue for anonymous tipsters to report crimes, Merenda said.

The Yokota OSI detachment is the first in the Air Force to elicit tips on Facebook, he said.

Law enforcement agencies around the world have increasingly been using social networking sites to track, investigate and bust criminals. Despite federal laws that protect whistleblowers, fear of reprisal is the No. 1 reason people don&rsquo;t report wrongdoing in workplace, he said.

Although anonymous sources often limit an investigator&rsquo;s ability to fully explore a tip, &ldquo;I&rsquo;d rather have someone put out the information in the first place,&rdquo; he said.

The survey is short and ostensibly vague to elicit a variety of tips. It was not established in relation to any ongoing or suspected fraud cases, Merenda said.

It&rsquo;s still too early to gauge whether the Facebook page and survey &mdash; which went up in late July &mdash; have generated any substantial information for investigators, Merenda said.