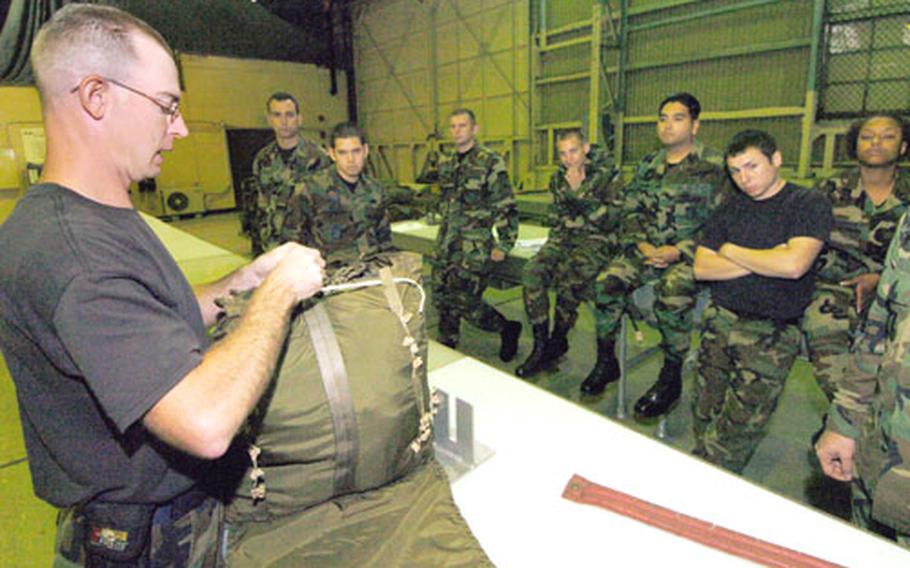 Inside a hangar bay on Yokota Air Base, Japan, last week, Tech. Sgt. Seth Abel instructs a class of airmen on how to package a parachute and what to look for when inspecting it. (Christopher B. Stoltz / S&S)

Inside a hangar bay on Yokota Air Base, Japan, last week, Tech. Sgt. Seth Abel instructs a class of airmen on how to package a parachute and what to look for when inspecting it. (Christopher B. Stoltz / S&S) 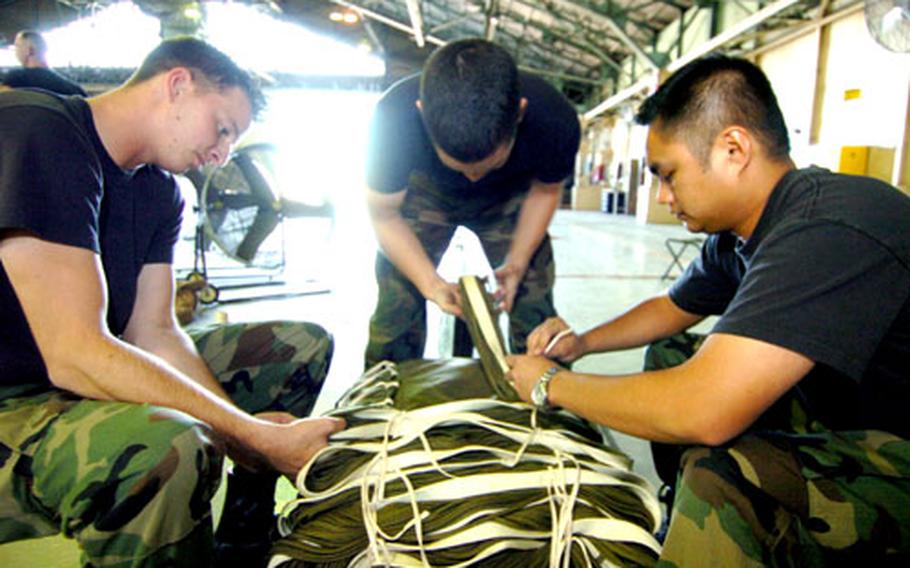 Airman Lance Winterfeld, Airman 1st Class Nigel Guillot and Staff Sgt. John Padua package a G-12E 64-foot parachute used for heavy equipment delivery during training at Yokota Air Base on Oct. 25. The Fabrication of Aerial Delivery Loads Course runs for two weeks and certifies all who complete it to inspect the chutes. (Christopher B. Stoltz / S&S) 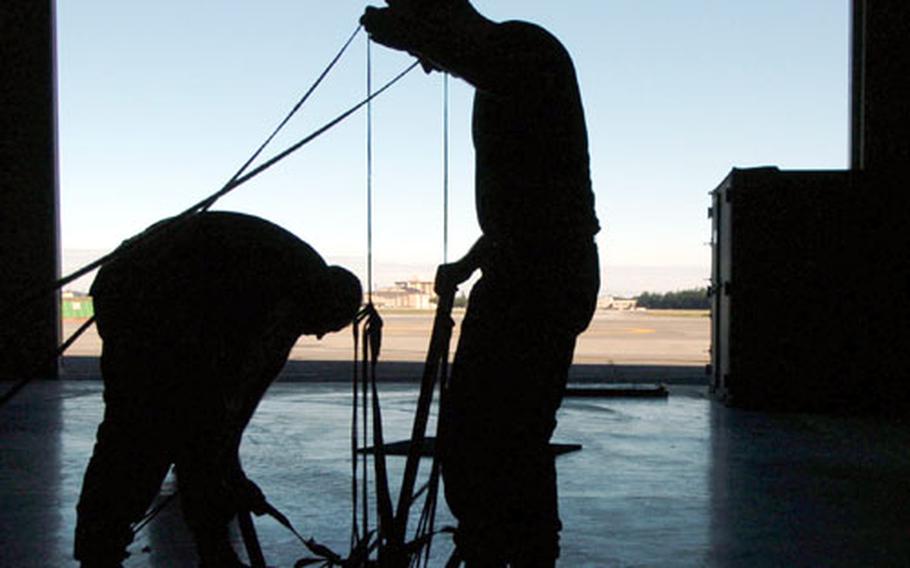 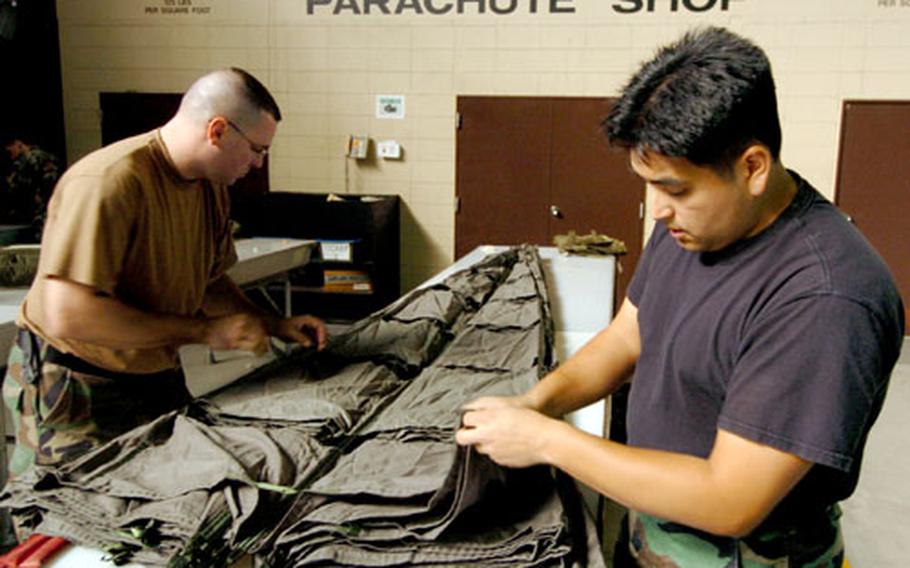 YOKOTA AIR BASE, Japan &#8212; Whether it&#8217;s a 5,000-pound Humvee or crates of humanitarian supplies, when cargo goes streaming out of the back of an aircraft during an airdrop, it&#8217;s pretty important that the parachutes work.

This week, 11 airmen had the chance to hone their parachute packing skills in a class held at Yokota.

Officially known as the Fabrication of Aerial Delivery Loads Course, the class taught the airmen to navigate the &#8220;twists, turns and tangles&#8221; of unpacking, packing and rigging cargo parachutes.

&#8220;I start the class with the basics, such as nomenclature and familiarization with the parachutes,&#8221; said course instructor Seth Abel, a technical sergeant on temporary duty from Pope Air Force Base, N.C.

Abel said that although all the students in the course have worked with packing cargo parachutes before, the class lets him &#8220;fill in the blanks&#8221; in their training. He also showed them what to look for when inspecting a packed parachute.

Not all airmen who graduate the course will become parachute inspectors, since individual units determine who will be an inspector &#8212; an assignment usually based on experience, Abel said.

One of the students in the course was Tech. Sgt. Eric Gaul of the 374th Operations Support Squadron. Gaul said that although his job does not entail packing parachutes, the course is helping him build a better knowledge base to perform his job as noncommissioned officer in charge of Joint Airdrop Inspections.

Airman Lance Winterfeld from the Yokota Combat Mobility Element said he was excited about being able to take the course.

Six of the airmen in the class were from Yokota&#8217;s Combat Mobility Element, part of the 374th Logistics Readiness Squadron. CME members have helped rig parachutes for missions including air-dropping humanitarian supplies for tsunami relief in Indonesia, said Master Sgt. Erwin Anderson, the unit&#8217;s noncommissioned officer in charge.

Anderson said having more airmen qualified to inspect a packed parachute spreads out the workload and makes the shop more efficient.