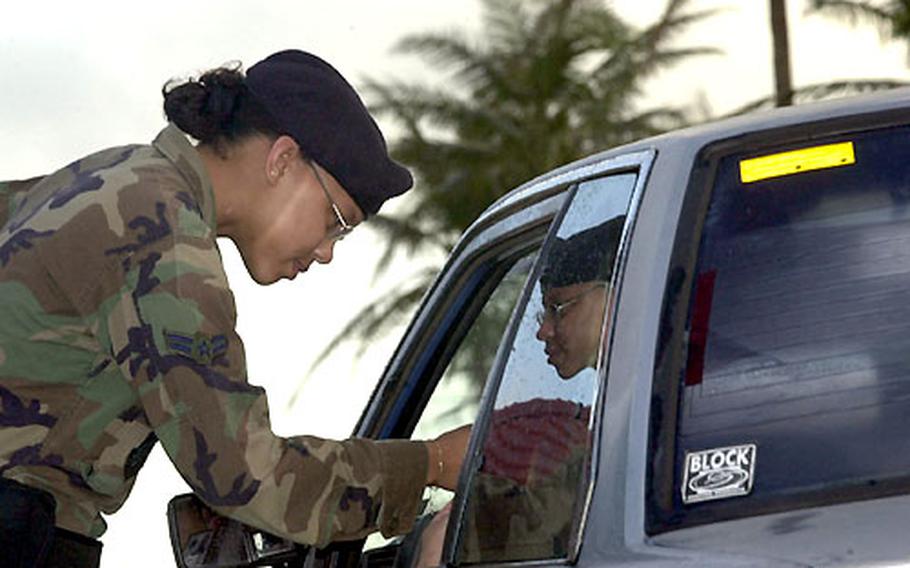 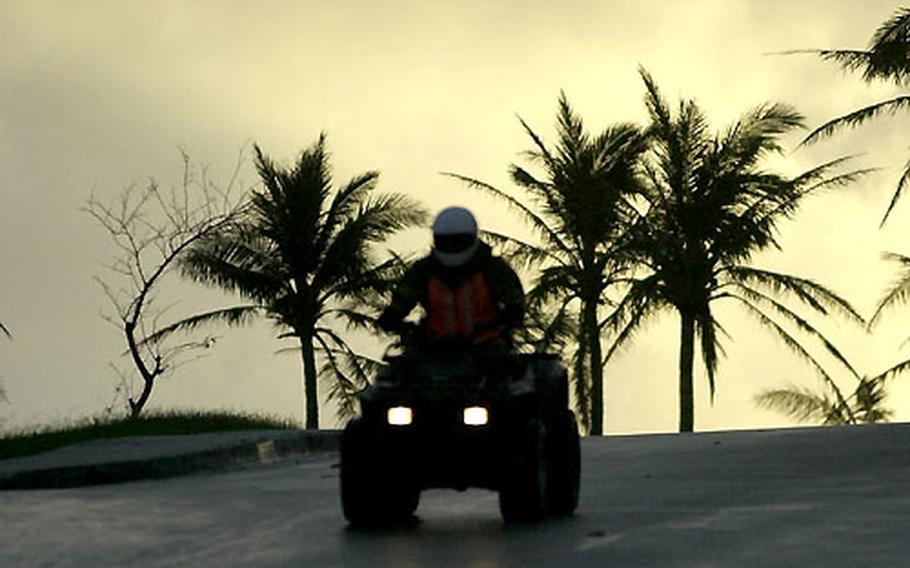 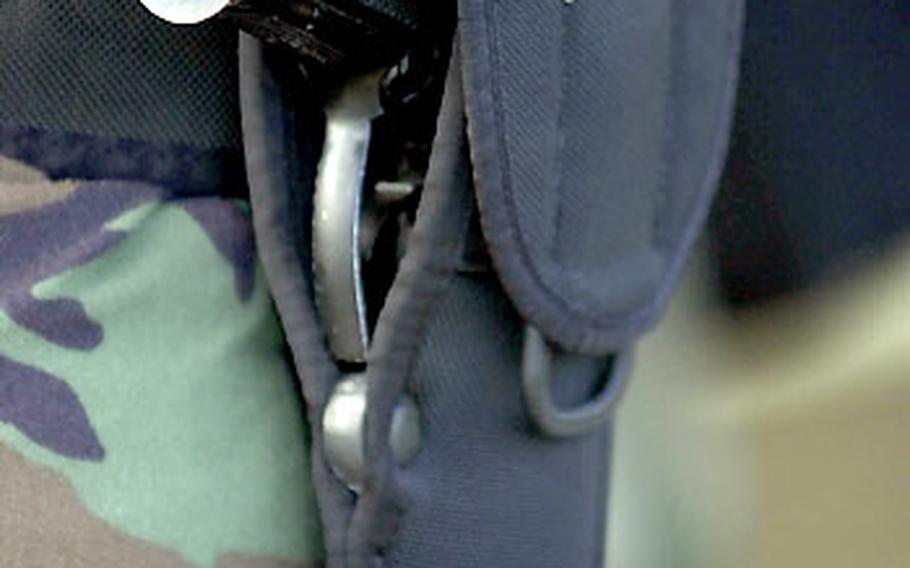 ANDERSEN AIR FORCE BASE, GUAM &#8212; Brandishing a machete. Stealing a gas can from an unlocked car. Walking through a hole in the fence.

Cops deployed to this base from Japan are learning that post-typhoon crimes hardly are typical.

Elmendorf Air Force Base in Alaska also deployed 13 cops this week; they keep watch during the night shift.

Members of both squadrons team up with Andersen&#8217;s cops on security jobs.

One woman called security after a five-gallon gas can she left overnight in the back seat of her unlocked car turned up missing, Evert said.

The typhoon knocked out power across the island. Many people, both on and off the base, are using fuel-powered generators to produce electricity in their homes and businesses.

Gas was unavailable to most of the public until Sunday, when some service stations reopened.

Areas along the fence were damaged. A contractor on a construction detail in the housing area was caught sneaking through a hole in the fence last week, Evert said. Residents immediately called to report the incident; the man was detained and turned over to Guam police.

&#8220;Instead of going through the gate with the rest of his group, he decided to go through a hole, which he apparently had been doing before,&#8221; Evert said.

Yokota&#8217;s cops probably will be deployed through Christmas, they said. Despite the cold showers, the stint in typhoon country is bearable, said 374th SFS cop Staff Sgt. Henry Freeman, 30.

And then there&#8217;s the bizarre: Cops said they caught four teenagers setting off a fire extinguisher in an empty house and hacking up palm trees with a machete.

Schools have been closed since the typhoon.