Buy Photo
After a recent public health inspection, Air Force officials have shuttered a Chili's Bar and Grill at Yokota Air Base, Japan, until further notice. (Leon Cook/Stars and Stripes)

Buy Photo
After a recent public health inspection, Air Force officials have shuttered a Chili's Bar and Grill at Yokota Air Base, Japan, until further notice. (Leon Cook/Stars and Stripes) 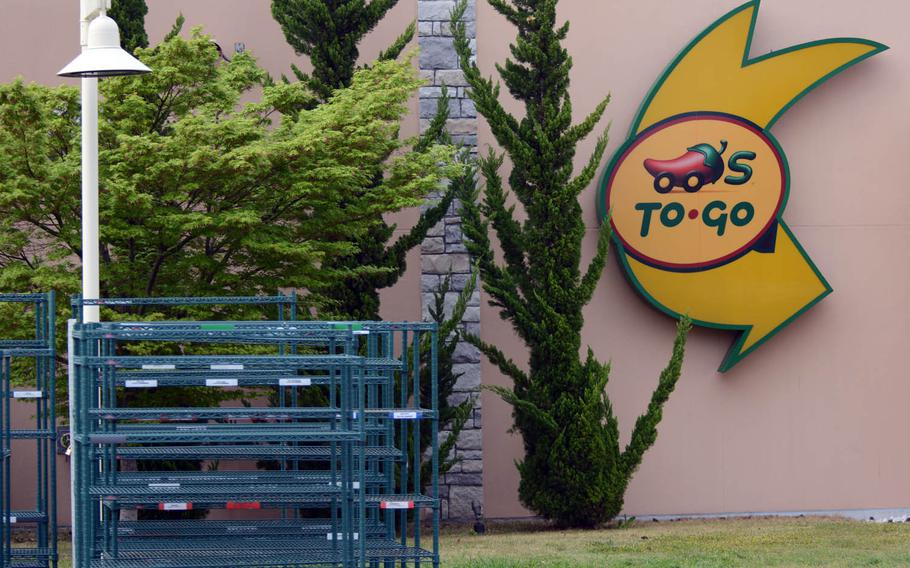 Buy Photo
Shelving units are seen in the parking lot of a Chili's restaurant at Yokota Air Base, Japan, Friday, April 21, 2017. Air Force officials ordered the bar and grill to close, citing results from a public health inspection. (Leon Cook/Stars and Stripes)

YOKOTA AIR BASE, Japan — Air Force officials have shut down a Chili’s restaurant at Yokota in western Tokyo, but have yet to release details from an inspection that led to the decision.

The notice did not give a specific reason for closing the popular restaurant.

The facility was “sanitary at all times” but “other concerns were raised that caused the commander to take precautionary steps to close Chili’s,” the notice said.

Inspections are handled by the 374th Medical Group Public Health section, said officials who did not respond Friday to a request for a copy of the public health inspection report. Such reports are considered public record throughout the United States.

“While closed, [Civil Engineering] will conduct their periodic kitchen exhaust duct cleaning and inspection, as they do for other base restaurants,” Matsukasa said.