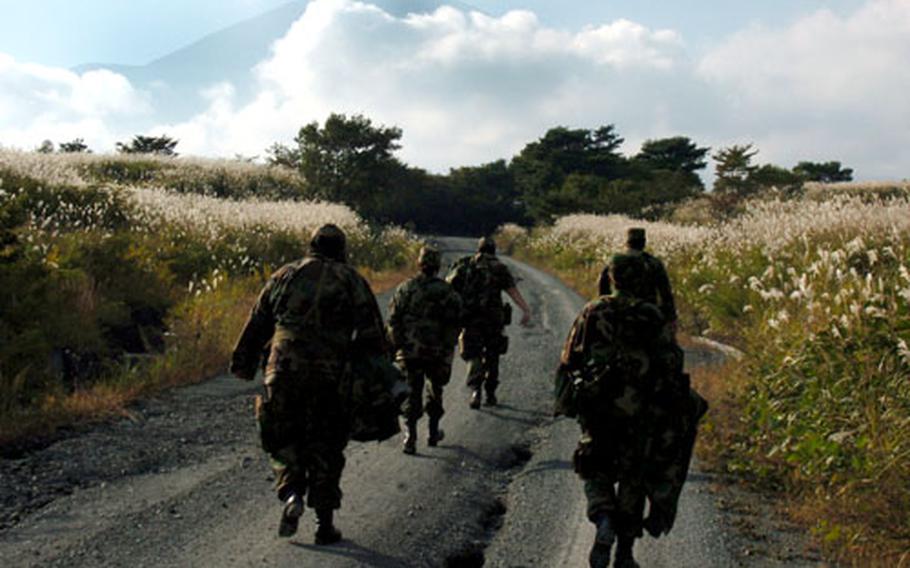 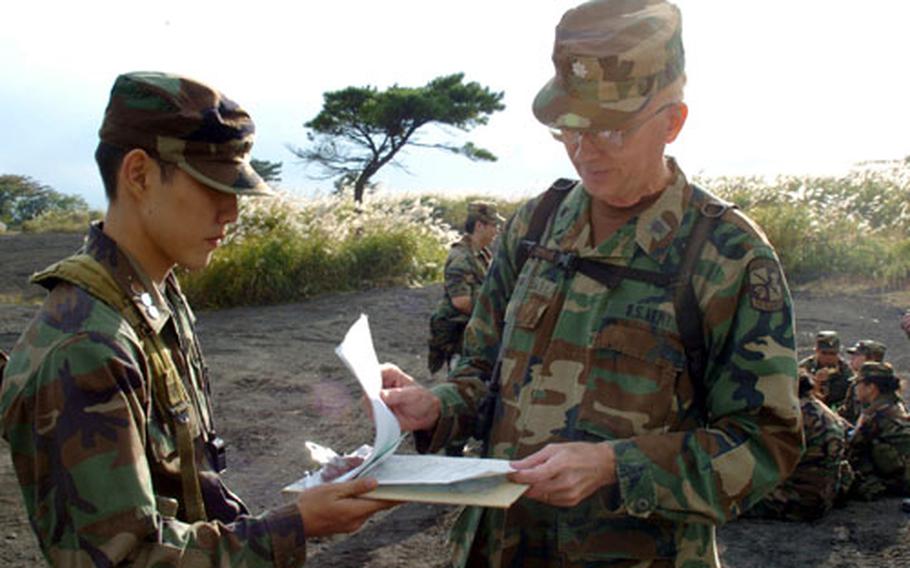 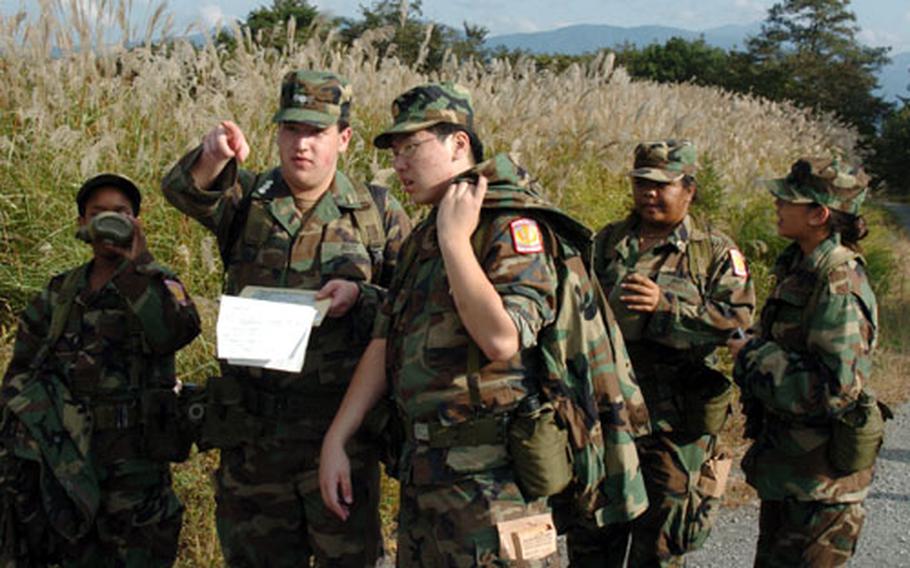 JROTC cadets get their bearings during the orienteering course. (Christopher B. Stoltz / S&S) 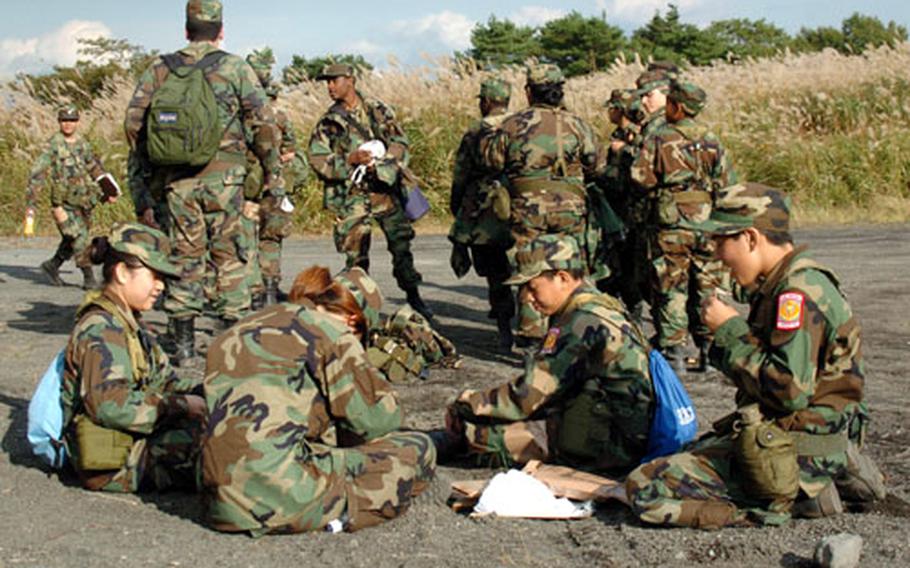 The cadets stop at the final checkpoint of the day and swap items from their MRE pouches. (Christopher B. Stoltz / S&S)

CAMP FUJI, Japan &#8212; While many of their fellow students were sitting in class back at Yokota Air Base on Monday and Tuesday, a group of 70 cadets from Yokota High School&#8217;s Junior Reserve Officer Training Corps Panther Battalion were outdoors, getting a different kind of education at the base of Mount Fuji.

More than just the chance to test their military knowledge, the training &#8212; especially the land navigation &#8212; gave the cadets the chance to practice such life skills as communication, leadership and teamwork, Mateer said.

During the land-navigation training, the cadets were divided into 15 groups, each tasked with locating five white ammunition cans set at a specific locations. The hunt had the cadets traversing streams, climbing through thick brush and hiking up steep hills.

Using a protractor, compass and maps, each team figured out its location and plotted the direction to the next point, or objective.

Robert Rodell, the cadet commander and a senior at Yokota, said the training gives the cadets a chance to work together and test their leadership abilities.

Working through the rough terrain was the most challenging part for Angelica Lunod, a 10th-grade student and first-year JROTC cadet.

One of the range-safety officers for the event, Army Staff Sgt. Thomas Leopard, said the challenging terrain of Fuji&#8217;s land navigation course is &#8220;pretty difficult&#8221; compared to other courses he&#8217;s experienced.

Some groups of cadets found this out firsthand, wandering the course without finding more than a few points during their allotted five hours.

Said cadet Phillip Williams upon returning to the rendezvous point at the end of the day: &#8220;We went here; we went there; we were lost everywhere. Hooah!&#8221;