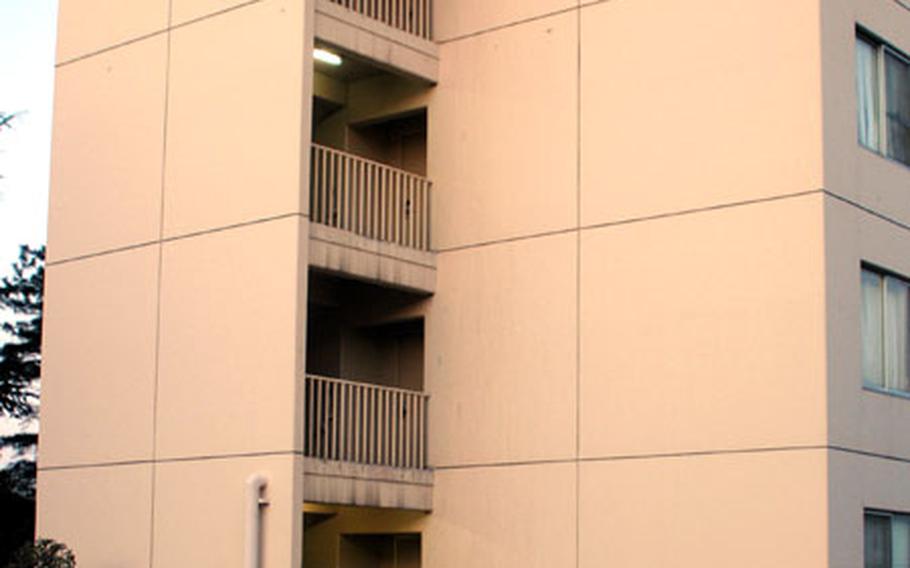 YOKOTA AIR BASE, Japan &#8212; Airmen living in Yokota Air Base&#8217;s unaccompanied housing will soon have one fewer place to take a smoke break: their dorm rooms.

In the next few days, Yokota will enact a policy similar to other Air Force bases worldwide that prohibits smoking in base dorms, said Tracey Hollingsworth, chief of unaccompanied housing at Yokota.

Other Pacific military installations also prohibit smoking in their dorms and barracks, including 8th Army in South Korea, and Kadena Air Base and Marine bases on Okinawa, said base officials.

Hollingsworth said the decision was made to promote quality of health and quality-of-life issues within the dorms, as well as helping with fire prevention.

It will also keep nonsmokers living in the dorms from being exposed to second-hand smoke, she said.

However some airmen living in Yokota&#8217;s dorms disagree with the decision.

Reedy said that he feels smokers living in the dorms are being singled out, while those who made the decision to ban smoking are married and live in homes where they are allowed to smoke.

Other airmen who disagree with the new policy say that the restrictions are not going to encourage anyone to quit just because they have to go outside.

&#8220;It just means that there is going to be a lot more cigarette butts on the ground outside the dorms and a lot more people in the smoke shacks,&#8221; said Airman 1st Class Paul Appino.

Common areas such as the dorms&#8217; day rooms and hallways should remain smoke-free, but airmen should be allowed to continue to smoke in their rooms, said Airman 1st Class William Fritter.

One nonsmoker, Airman 1st Class Robin Blum, said that she hates walking into a room in the dorms and being hit with the smell of smoke, but still thinks that smokers should be able to smoke in their dorm rooms.

&#8220;They should at least have certain floors of the dorms set up for smokers or something,&#8221; she said.