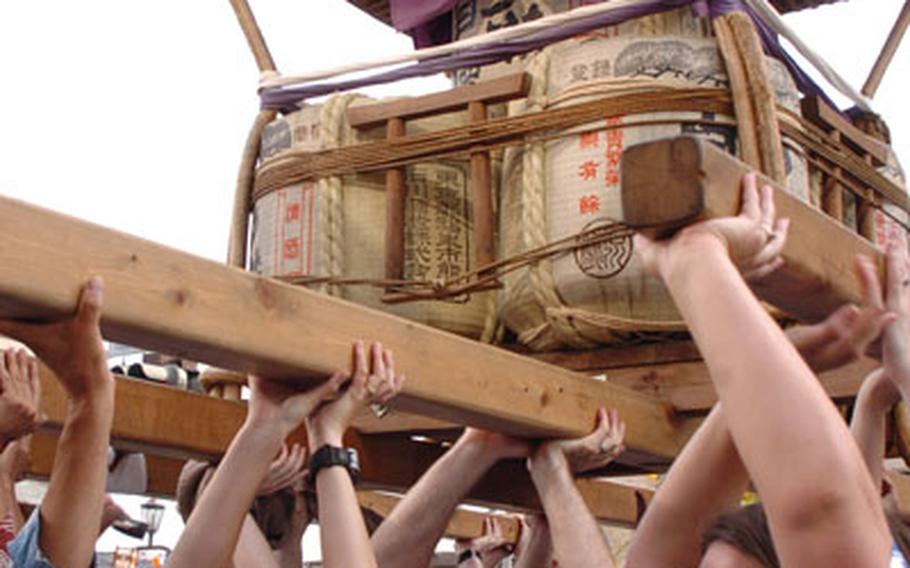 In Fussa City airmen from Yokota Air Base, Japan, lift a float called a mikoshi for the Tanabata celebration (Japanese Star Festival). (Christopher B. Stoltz / S&S)

In Fussa City airmen from Yokota Air Base, Japan, lift a float called a mikoshi for the Tanabata celebration (Japanese Star Festival). (Christopher B. Stoltz / S&S) 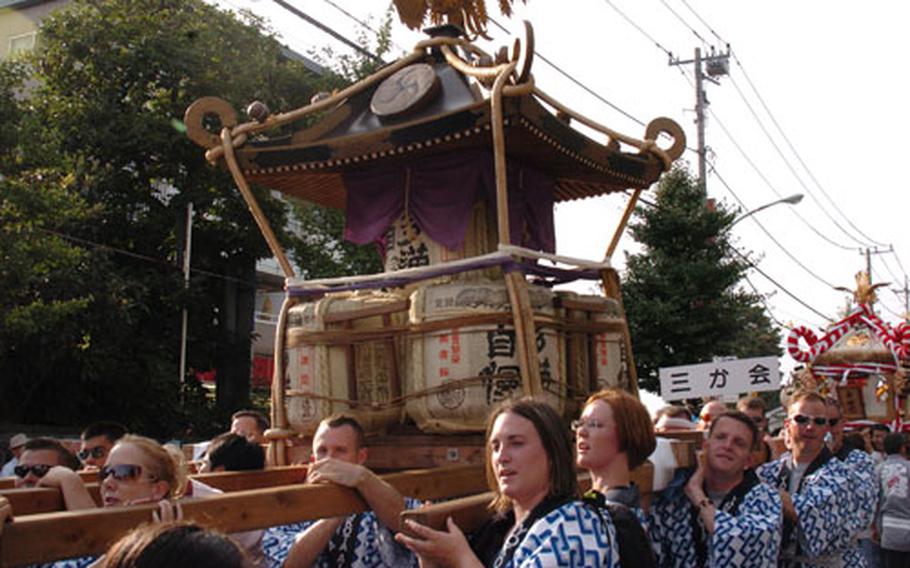 The festival celebrates the meeting of two stars on this day. (Christopher B. Stoltz / S&S)

YOKOTA AIR BASE, Japan &#8212; Shuffling slowly through crowded Fussa streets in 90-degree heat while shouldering a several-hundred-pound shrine on your shoulders may not seem like much fun. But for a group of Yokota servicemembers, it was the chance of a lifetime.

The festival honors the one day a year that two lovers from an ancient folk story can meet when the stars align.

Tanabata festivals are held throughout Japan, with towns decorating their streets in colorful streamers and hosting parades and fireworks shows.

During this year&#8217;s festival in Fussa, which continues through Sunday, the airmen carried one of five mikoshi &#8212; portable, yet extremely heavy, Shinto shrines &#8212; through the streets at a snail-like pace while being cheered on by the large crowd of onlookers lining the sidewalks.

During the parade, the American mikoshi bearers make several stops in front of groups of musicians to hoist the shrine over their heads and rock it back and forth in celebration.

They also got a much-needed break midway through the parade to rest their shoulders and quench their thirst.

It may be hard work, but many seek out the job anyway.

Swenson, who has been at Yokota for three years, only now has gotten a chance to take part.