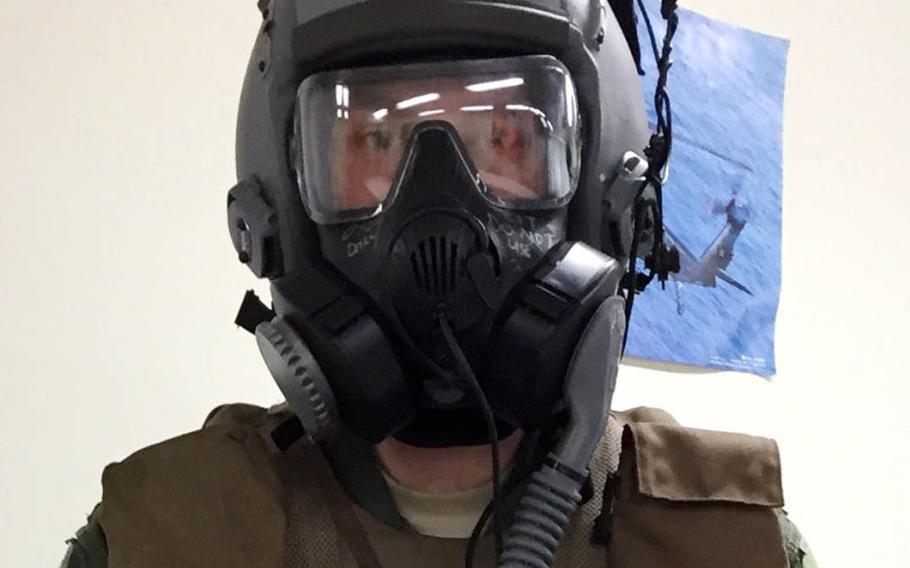 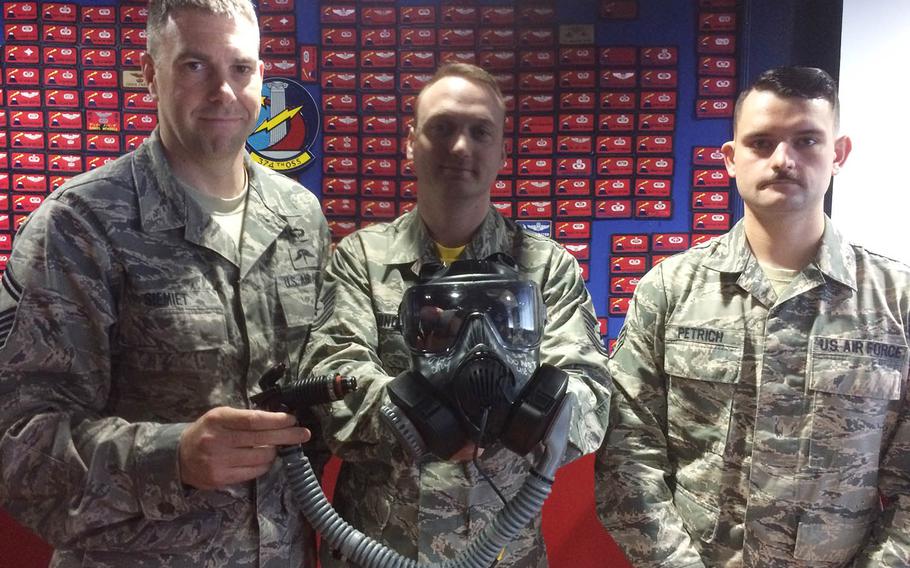 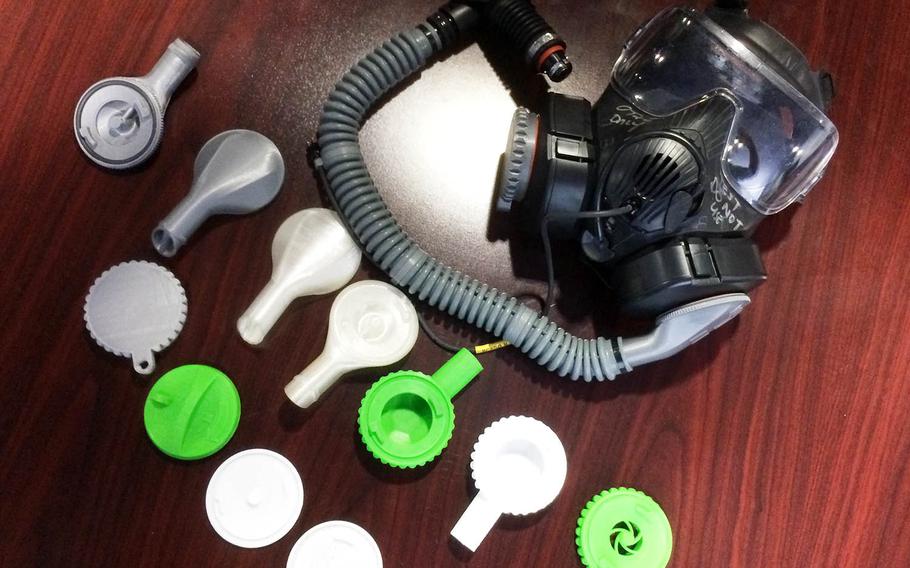 Buy Photo
Airmen from Yokota Air Base, Japan, used a 3D printer to modify an M-50 gas mask so it can be used with the onboard oxygen system of an aircraft. (Seth Robson/Stars and Stripes) 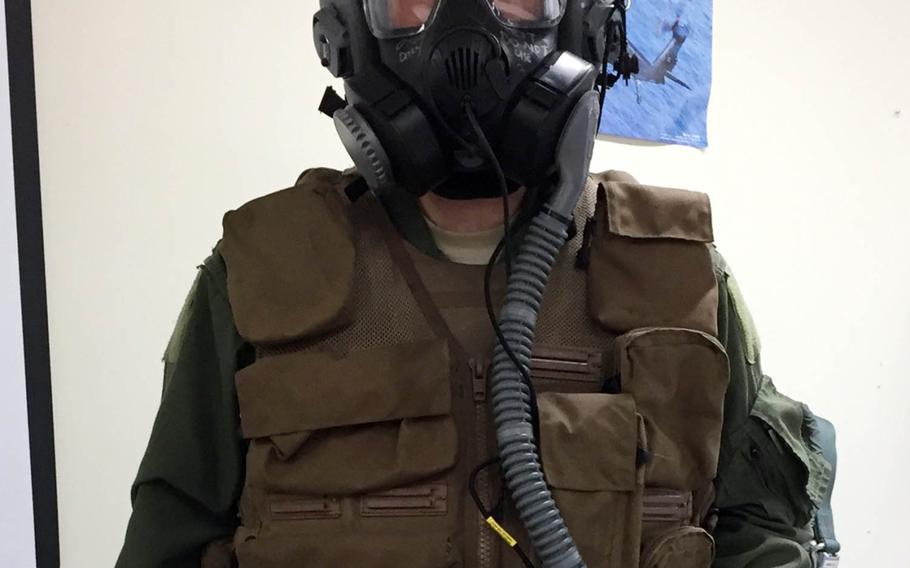 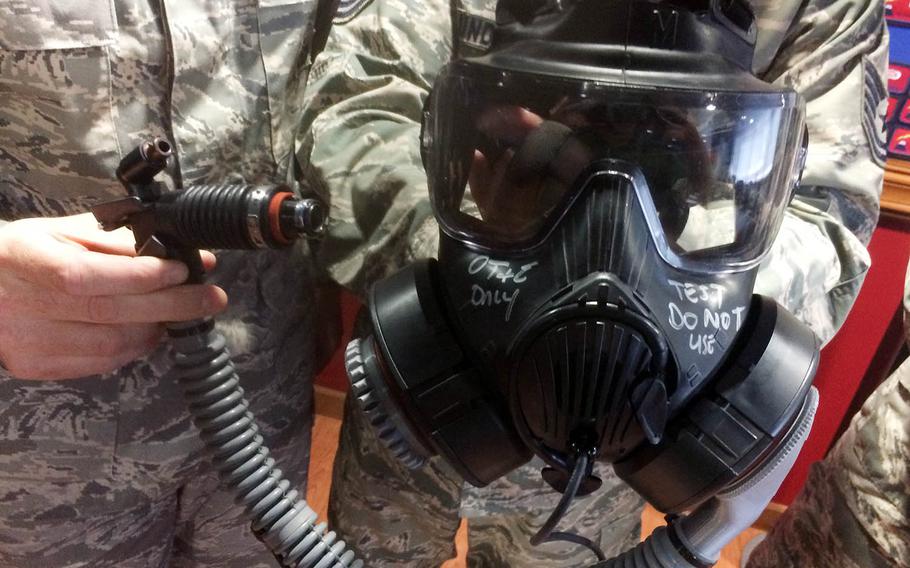 Buy Photo
Airmen from Yokota Air Base, Japan, show off modifications they made to an M-50 gas mask that allow it to be connected to the onboard oxygen system of an aircraft, Friday, June 1, 2018. (Seth Robson/Stars and Stripes)

The idea of hooking up the M-50 joint-service, general-purpose mask to an aircraft was hatched during brainstorming sessions by airmen from Yokota’s 374th Maintenance Squadron and 374th Operations Support Squadron.

“We took the mask and added some off-the-shelf parts and some 3D-printed parts and converted it into a piece of equipment that can work in an aircraft,” said Senior Master Sgt. David Siemiet, an aircrew flight equipment superintendent.

When the ubiquitous, light and cheap M-50 is connected to an oxygen system, air flows through its chemical filters to the user, whose eyes are protected by goggles, Siemiet said.

To build their prototype, the airmen looked at an Army system that hooks soldiers’ masks to air blowers to overcome the stifling environment inside a battle tank.

The airmen came up with a cap that blocks airflow into one side of the mask and an adaptor that allows it to attach to a hose that can be plugged into an oxygen system.

The modification, which the airman call “AERPS Ultra,” uses a few standard parts and two components made on a 3D printer that aircraft materials technology craftsman Sen. Airman David Petrich bought for a few hundred dollars of his own money.

It costs only about 75 cents to modify one mask, and the project has the potential to save the Air Force at least $8 million and countless man hours, according to Tech. Sgt. Eric Lundeen, another aircraft materials technology craftsman involved in the project.

The M-50 weighs less than a pound, a lot less than the 40 pounds of chemical-protection gear now used by aircrew. Unlike the current system, the lighter masks don’t need a power supply that must be hooked to on-board electricity and uses expensive batteries, Petrich said.

“You can wear the mask onto the plane and latch in and you are good to go,” he said.

The mask modifications can be done on base without the need to pay a contractor, Siemiet added.

“We can email [other] bases the information to 3D print the parts they need along with part numbers for the other components,” he said.

The airmen printed a dozen parts before producing the prototype they wanted, Lundeen said.

“3D printing is something new. There are only a dozen bases out there with 3D printers,” he said.

The airmen plan to send their design to Air Force technology experts, and want the service to send 3D printers to bases all over the world.

“This is going to affect every pilot in the Air Force,” Lundeen said. “It gives them a lot more flexibility and mobility, increases safety and saves a ton of money.”

And Kohl said the modified masks are a lot more comfortable than the old system.

The masks have been approved for flight testing in Japan in July, he said.