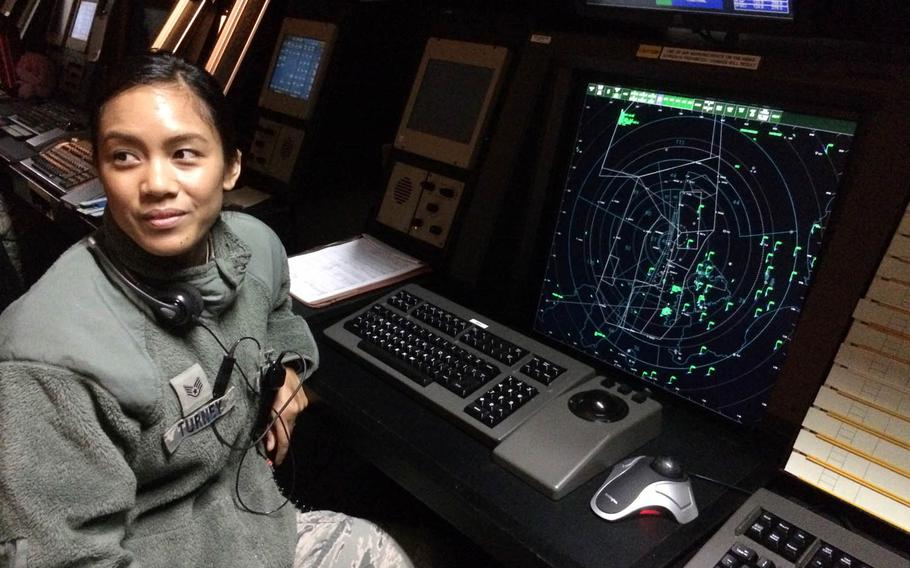 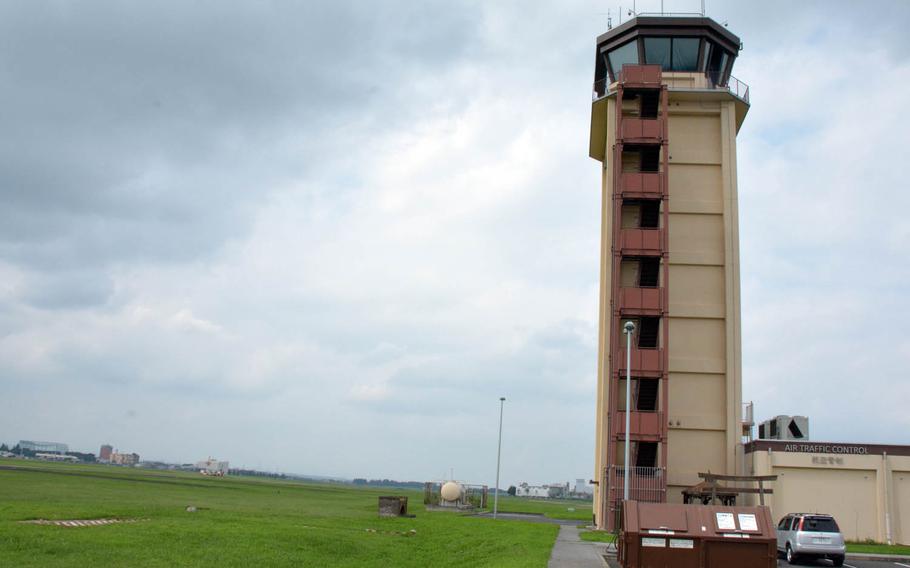 Air-traffic controllers from the 374th Operational Support Squadron, working out of a tower on the east side of Yokota Air Base, Japan, are responsible for the skies over Tokyo's western suburbs. (Seth Robson/Stars and Stripes) There's not much that goes on at Yokota Air Base, Japan, that air-traffic controllers can't keep tabs on from their tower east of the runway. They've even helped track runaway pets. (Seth Robson/Stars and Stripes) 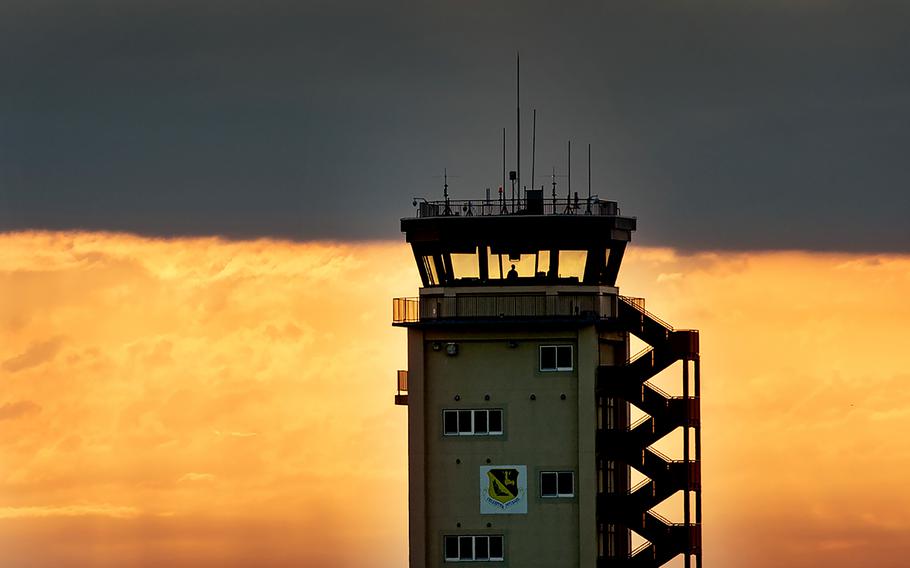 An air traffic controller with the 374th Operations Support Squadron looks out from the control tower at Yokota Air Base, Japan, June 4, 2017. Airmen with the 374th OSS keep the flightline and sky safe. (Yasuo Osakabe/U.S. Air Force)

YOKOTA AIR BASE, Japan — When jumbo jets fly west of Tokyo, it’s up to the Air Force to make sure they don’t crash into Mount Fuji.

Air-traffic controllers from the 374th Operational Support Squadron, working out of a tower on the east side of Yokota Air Base in western Tokyo, are responsible for the skies surrounding Japan’s tallest mountain and the airspace over the city’s western suburbs. Radar controllers spend their days in a basement under the tower staring at screens that track aircraft flying over the world’s most populous metropolitan area and nearby mountains.

“It takes a lot of focus,” said Staff Sgt. Jessica Turney, 26, who has worked the radar screens there for four years.

She and other controllers spend 90 minutes at a time watching electronic maps with circles marking 10-mile increments around the tower. Aircraft flying in Yokota’s airspace are marked with codes showing their type, altitude and airspeed, the San Diego native said.

The screens show minimum safe altitudes for planes flying near Tokyo. Over Mount Fuji, for example, pilots are supposed to stay above 13,500 feet, she said.

“When you train for this job the responsibility [for people’s lives] dawns on you quickly,” said Tech Sgt. James La Pierre, 33, of Cocoa Beach, Fla., a watch supervisor in the Yokota tower.

Most of the jumbo jets that fly into Tokyo’s main airports – Narita and Haneda – travel south of Yokota’s airspace, but Turney said civilian planes pass through occasionally.

On a typical day, 90 aircraft might fly through Yokota’s airspace; however, there usually are not more than 10 in the air at any given time, she said.

The controllers talk to pilots over the radio to guide them through the sky and alert them if they get too close to one another. Aircraft are supposed to stay at least 3 miles apart with 1,000 feet of altitude separation, Turney said.

All pilots speak English, but understanding those with Japanese accents takes some getting used to, she said.

The controllers can often tell the type of aircraft they’re tracking by its radar signature.

When aircraft leave Yokota’s airspace, the Air Force controllers send a text message to their counterparts at Japanese airports to let them know they’re on the way.

Controllers at the top of the tower deal with aircraft landing and taking off from Yokota. From their lofty perch, they have a 360-degree view of the air base and surrounding skies.

On a recent weekday, the controllers talked in a V-22 Osprey tilt-rotor aircraft that stopped by Yokota to pick up parts and refuel. By the time the helicopter-plane hybrid reached the 11,000-foot runway, it had transitioned from flying on its short wings to hovering with its large rotors and moved fairly slowly before taxiing to the east side of the base.

As the Osprey approached, Sgt. John Porter, 28, of Newport News, Va., pressed a pair of glowing buttons to activate traffic lights to stop vehicles from crossing the runway’s north and south overruns.

The tower controllers talk to aircraft once they are within 5 miles of Yokota, but they don’t talk to pilots flying east of the tower. Those pilots work with Japanese controllers from Iruma and Tachikawa.

There’s not much that goes on below the tower that the controllers can’t keep tabs on. When a Yorkshire terrier escaped from its owner earlier this year, they tracked its movements on the flight line.

“Every time somebody went to try to apprehend it, the dog would scurry away,” said Senior Airman Jordan Reinsma, 24, of Santa Cruz, Calif. The dog stayed on the lam for two weeks before it was finally caught, he said.