Yokosuka tugboats are last of a dying breed 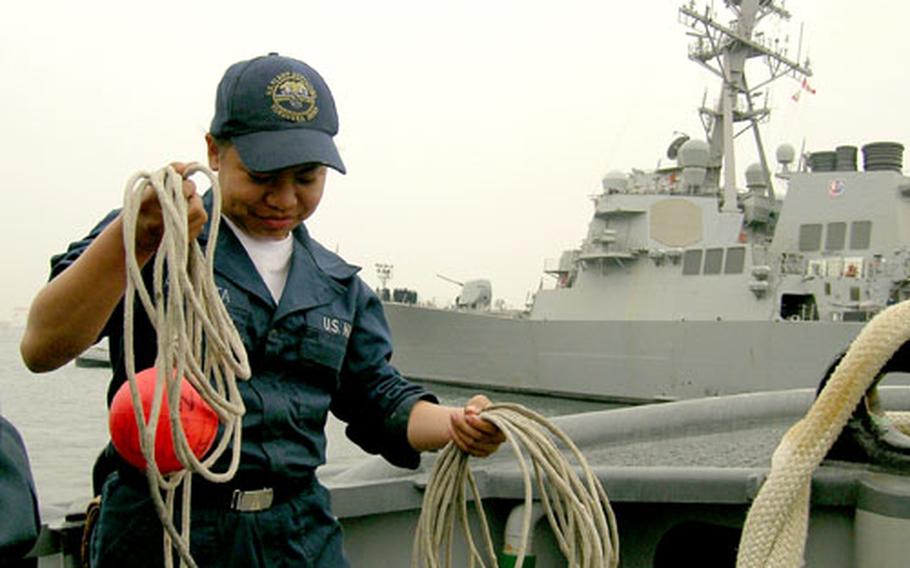 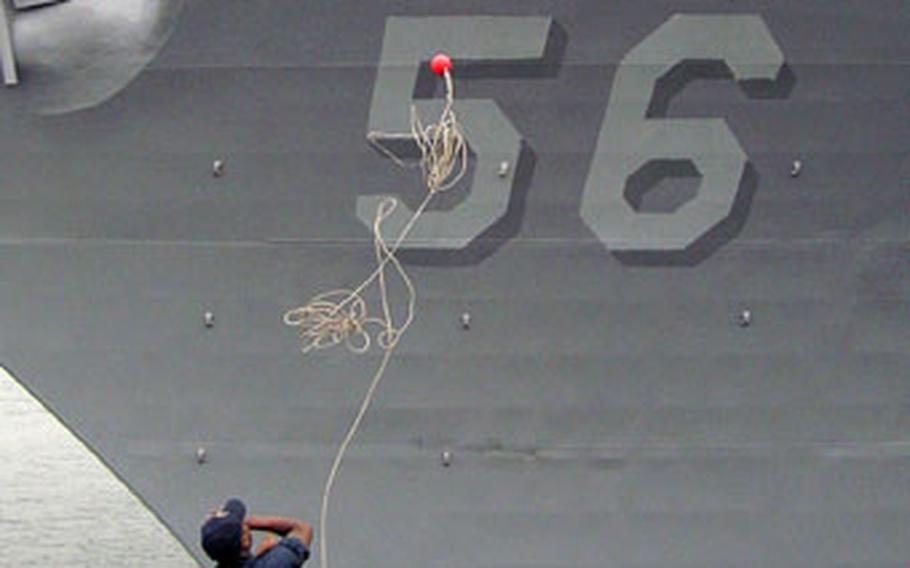 Seaman Apprentice Jonathan Hudgens lobs the heaving line from the tugboat up to the USS John S. McCain Wednesday in preparation to help get the destroyer underway. (Allison Batdorff / S&S)

There are many ways to move the U.S. Navy&#8217;s massive, multimillion-dollar warships in or out of Yokosuka Naval Base. But there aren&#8217;t many places where it&#8217;s Navy ships and Navy people doing the maneuvering.

Yokosuka&#8217;s is the Navy&#8217;s last military-owned, military-crewed tugboat operation. Every other military port either contracts the heavy hauling to commercial operators or has American civilians crew Navy-owned tugs.

Outweighed and outmanned, the tugs, each with a single 2,000 horsepower engine and an average crew of five, shuttled around ships weighing 10,000 tons and carrying about 350 people a pop.

This meant ladder jumps for senior pilots Gerald Partridge and Jim Cox, both chief petty officers &#8212; they steered the ships out of the harbor, then hopped back on the tugboat while both ships were moving.

Due to the trends in contracting, piloting isn&#8217;t too popular with Navy folk these days, said Chief Petty Officer Brian Ramsey. He is one of only two quartermasters in the Navy&#8217;s program, which requires nine months of specialized training in Little Creek, Va., plus a couple of years of port training.

Yokosuka&#8217;s operation offers sailors who love the water a chance to continue in their seagoing fields even while technically on shore, said LaMorie.

&#8220;Boatswains mates can continue their trade by handling lines, maneuvering ships, and receive training to be a dock or tugmaster,&#8221; LaMorie said. &#8220;Engineers and electricians can continue their work. They don&#8217;t have to switch to something totally different.&#8221;

The trick, tugmaster Stroup said, is getting the detailers to remember them.

Manning is an issue, as Yokosuka only has only two tugmasters right now. More are coming, said LaMorie, but the manning will decrease if their proposal to get new tugboats is funded.

The new 4,000 horsepower tugboats are easier to drive, require less expertise and smaller crews. The new tugs are expected in Yokosuka around the same time as the new nuclear aircraft carrier in 2008-2009, LaMorie said.