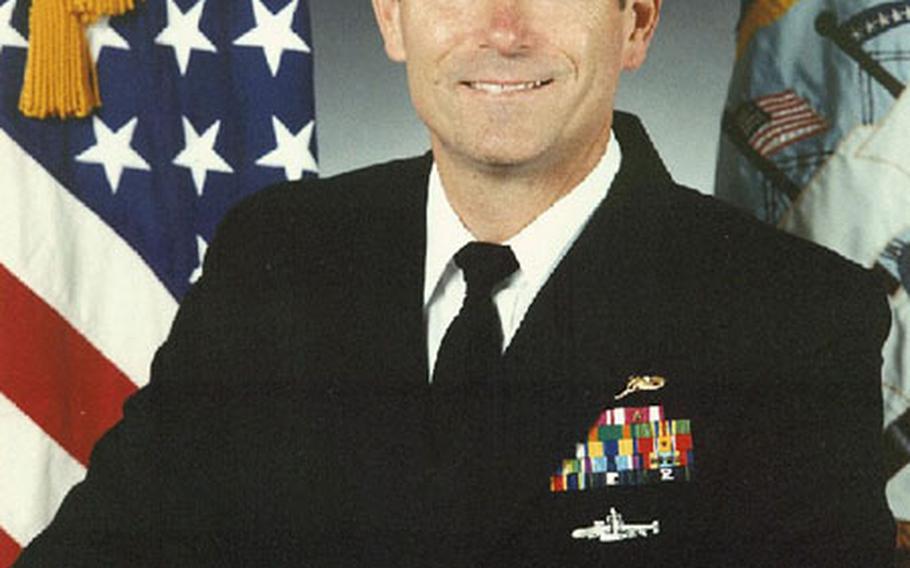 President Bush is promoting a Yokosuka Naval Base commander to the two-star rank.

He graduated with distinction from the Naval Academy in 1975 and attended Naval Postgraduate School in Monterey, Calif., receiving a master&#8217;s degree in engineering acoustics in 1976, according to Navy records.

Before assuming his current command, Donnelly was deputy director of Operations and Logistics at U. S. Strategic Command.

Submarine Group 7 includes all submarines deployed to the Western Pacific including Submarine Squadron 15 in Guam, which was reactivated in 2001, and the Guam-based tender USS Frank Cable.

Submarine Group 7 also has a representative stationed in Singapore to support the Republic of Singapore navy submarine force.