Yokosuka students learn there are many ways to be smart 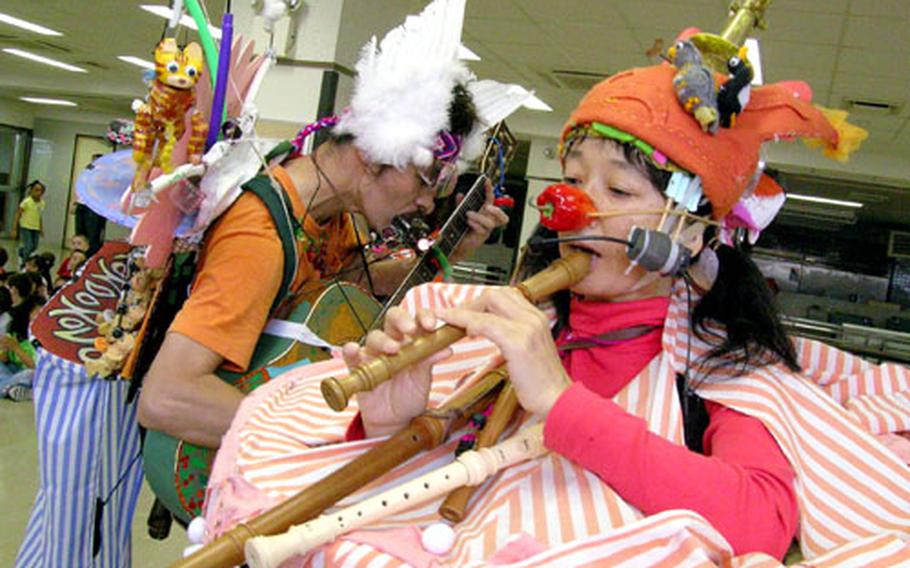 More than 30 performers turned out for The Sullivans Elementary School “Multiple Intelligent Me” Festival on Friday, including this group from Chiba. The musicians simultaneously played instruments, moved puppets and had the students keep rhythm. (Allison Batdorff / S&S)

More than 30 performers turned out for The Sullivans Elementary School “Multiple Intelligent Me” Festival on Friday, including this group from Chiba. The musicians simultaneously played instruments, moved puppets and had the students keep rhythm. (Allison Batdorff / S&S) 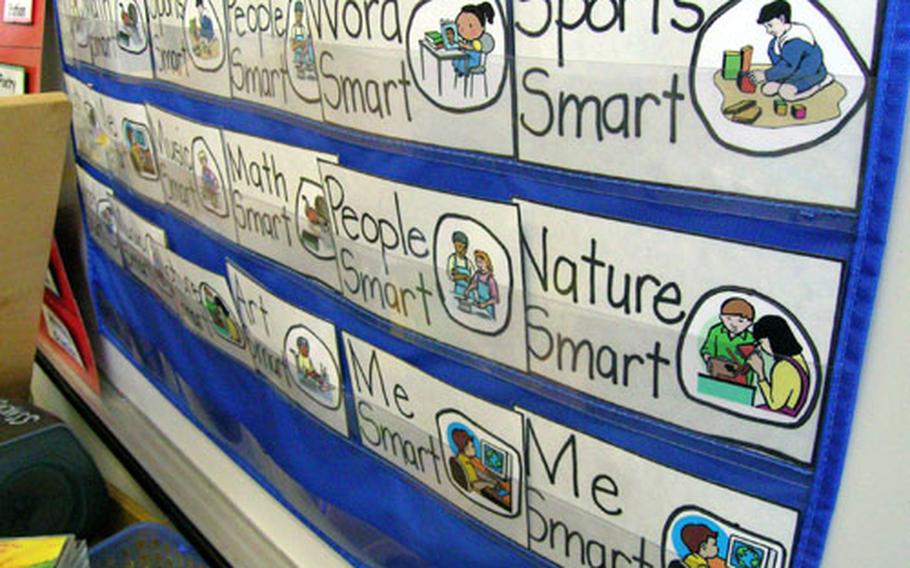 But what about someone with an ear for music, the natural athlete, or the one who plays nice with others? Is that smart, too?

Yes, says Harvard Graduate School of Education professor Howard Gardner, who developed the &#8220;multiple intelligence&#8221; theory. His work was set to music, pounded into mochi and danced to Friday in The Sullivans Elementary School &#8220;Multiple Intelligent Me,&#8221; or MIMe Festival.

&#8220;This is many students&#8217; favorite day of the year,&#8221; said Sullivans music teacher Andre Elliot. He started the festival four years ago as a way to counterbalance education&#8217;s traditional focus on math and language.

His classmate Kirstin Nygaard is more of a book person, she said. Fourth-grader Madison White thought being quizzed by a clown was the best part of the day.

The hope is that the kids see something they like and try something new, said music teacher Tamara Choate.

Multiple intelligence theory is getting noticed in the working world as well, Elliot said, because knowing what kind of learner an employee is could improve job performance.

&#8220;Companies might want someone with emotional intelligence to work on a team or be a leader,&#8221; Elliot said. &#8220;They might be looking for interpersonal smarts. It has applicability in life. Period.&#8221;