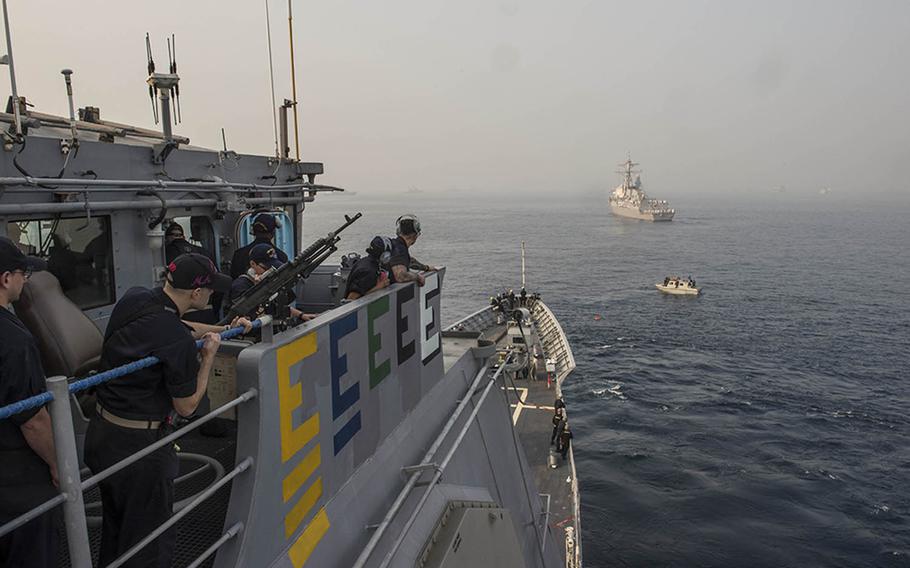 A pair of ships deployed to Yokosuka Naval Base, Japan, are representing the U.S. at the International Fleet Review in India.

The exercise, hosted by the Indian navy on the Bay of Bengal to “help enhance mutual trust and confidence with navies around the world,” will run through Monday, the statement said.

Events include a ceremonial fleet review and fly-by overseen by Indian President Pranab Mukherjee, and a parade of ships to be attended by Prime Minister Narendra Modi.

“This is the type of experience that only happens maybe once or twice in your career,” Culinary Specialist 2nd Class Malina Deru, of Taylorsville, Utah, said in the statement. “It’s not every day that you get to represent the United States Navy amongst 50 other navies while getting to experience the culture of a foreign country.”