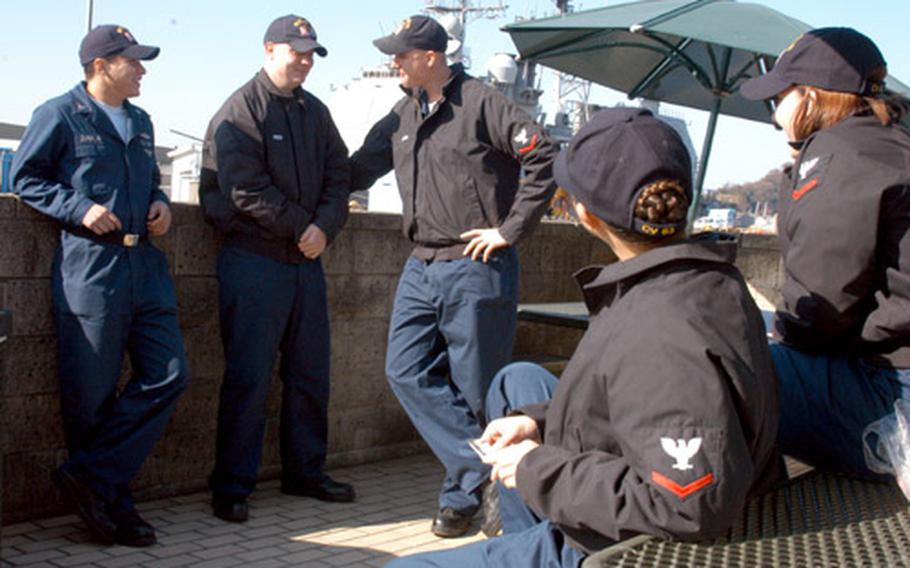 It doesn&#8217;t matter which, because what matters most is that he can now choose one lunch joint over another without having to make a phone call to change his liberty plan.

Loosening up the liberty plan policy is &#8220;a good idea,&#8221; the USS Kitty Hawk sailor said at Yokosuka Naval Base on Friday.

Sailors E-5 and below in Commander Task Force 70 had been required to account for their off-ship activities in a weekly log. That rule was &#8220;relaxed&#8221; this month, said CTF-70 spokeswoman Cmdr. Jensin Sommer.

The change was made by commanding officer Adm. Richard Wren on Jan. 18, Sommer said.

&#8220;Since taking command of CTF 70, I have been evaluating sailors&#8217; behavioral trends and liberty programs. For the past several months I have been actively working to revise the policy,&#8221; Wren said in the statement. &#8220;I believe these sailors have proven themselves reliable and have behaved as expected on liberty.&#8221;

A rash of liberty incidents &#8212; including the January 2006 murder of a 56-year-old Yokosuka woman by a Kitty Hawk sailor &#8212; was behind the introduction of the original policy in March 2006, Sommer said.

Leadership was required to &#8220;spot check&#8221; a certain percentage of sailors nightly to see if liberty plans were being followed. Sailors also were required to contact their bosses anytime their plans changed or face nonjudicial punishment for failing to follow the liberty plan.

Sailors, especially blue card holders, say they like the new policy much better than the old one.