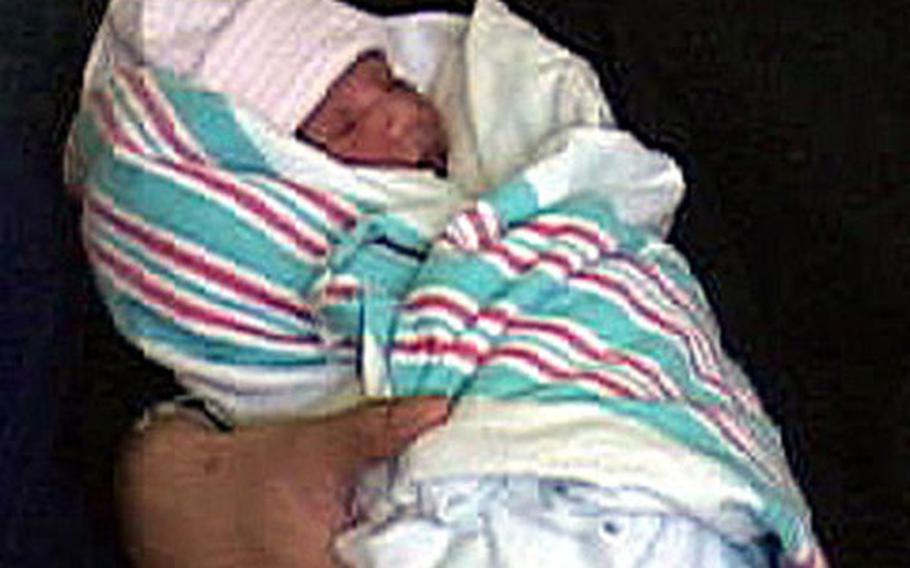 Yokosuka claimed the first baby to make its way into the world from Pacific U.S. military installations this year.

Corina&#8217;s mother, Petty Officer 2nd Class Ramona Limon, assigned to the Naval Computer and Telecommunications Station, Far East, said she was in for testing because she was a few days overdue, then the nurse told her labor would have to be induced.

&#8220;They keep coming in and seeing how the baby&#8217;s doing. The nurses are real cool with my wife. They were encouraging her and telling her it would be all right. I think it was really, really good.&#8221;

Hladon said the hospital delivers about 600 babies a year.

For those planning to have babies this year, he said, &#8220;I think Yokosuka, if anything, is a perfect choice to consider such a decision rather than having any anxieties about being overseas or in another country.&#8221;

The New Year&#8217;s baby crop at Pacific bases was small this year.

The U.S. Naval Hospital on Guam reported no Jan. 1 births, according to Capt. Susan Widhalm, the hospital&#8217;s executive officer.

That also was true of Yokota Air Base and U.S. military medical facilities in South Korea, according to medical clinic officials.

But Alexander Marino Chaney arrived in time to be the first baby born on Okinawa this year. The 9-pound, 1-ounce boy was born at 10:59 p.m. on Jan. 1 at Okinawa&#8217;s U.S. Naval Hospital to Petty Officer 2nd Class Kevin R. Chaney and his wife Sheila.