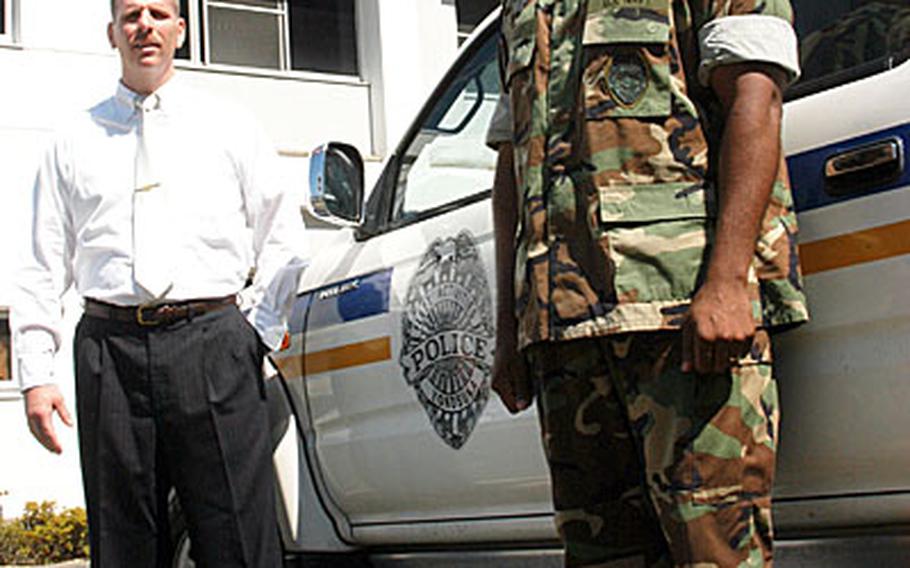 YOKOSUKA NAVAL BASE, Japan &#8212; Smile for the camera, or grimace, depending on why you&#8217;re looking into Yokosuka security&#8217;s new mobile video system.

The audio and video units are triggered automatically by turning on the vehicle&#8217;s lights and sirens and also can be flipped on at the patrolman&#8217;s discretion, Bradley said.

The footage is password-protected, and only certain people will be able to access it, he said. The cost of the first seven units &#8212; including installation, equipment, training and maintenance &#8212; is about $50,000.

Doug Dawson had a system in his patrol car as a civilian police officer in Texas, and found that a visual record prevented erroneous complaints and helped settle disputed tickets. Now a petty officer second class, Dawson lobbied for cameras here to protect both the patrolmen and the community, he said.

Whether information from the cameras can be used as evidence is still being discussed at the legal office, Dawson said.