Yokosuka Seabees work to give PAWS some elbow room 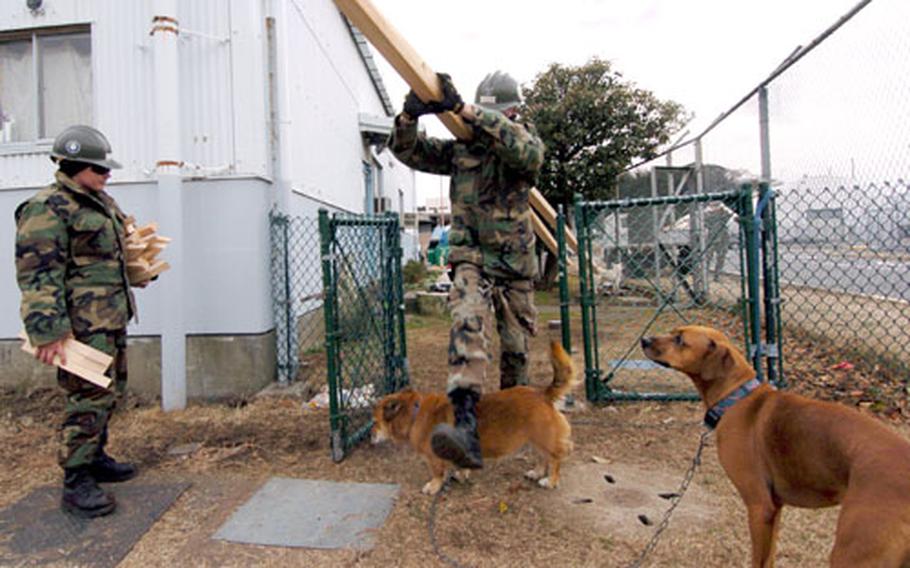 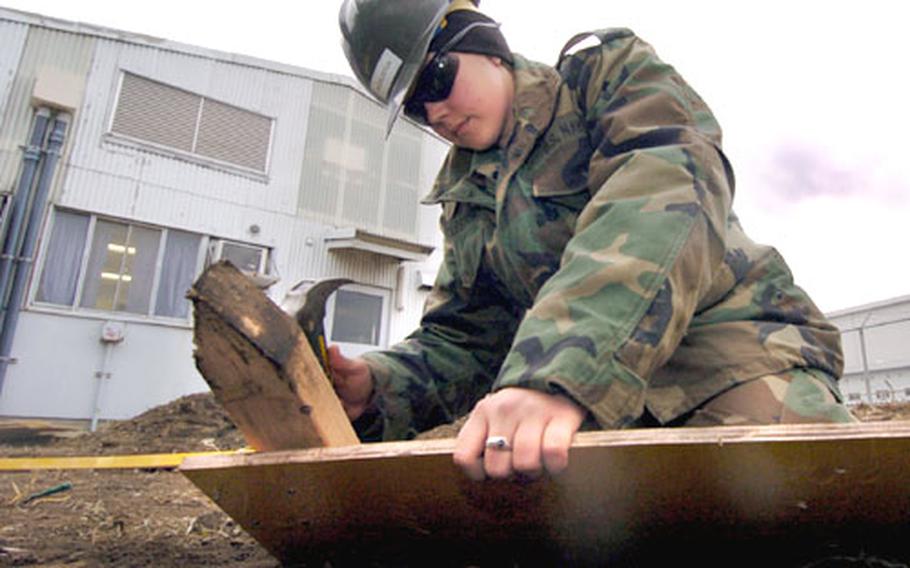 YOKOSUKA NAVAL BASE, Japan &#8212; Wet noses. Wagging tails. Canine recovery missions when an opportunistic dog goes for broke through an open gate. The Seabees are on dog detail this week at Yokosuka Naval Base.

She and several other Seabees of Naval Mobile Construction Battalion 4 are working at Pets Are Worth Saving (PAWS) this week, building dog runs, putting up cabinets, moving around cages and tiling floors.

The work comes at a good time as the shelter is currently maxed out for space, said Dawn Zeumalt, PAWS president.

The improvements mean that the cat cages will no longer be stacked on the dog cages &#8212; easing the stress in the introduction room, where the Seabees are also retiling the floor. Outside, dogs will get three new 12-foot-by-12-foot dog runs where they can play outside without being chained up.

The funding comes from the Seabees and Commander, Fleet Activities Yokosuka Self Help.

The primary project for the 13 Port Hueneme, Calif., Seabees deployed to Yokosuka is to put up a prefabricated building near the Yokosuka Weather Station. But the group plans to do a number of side jobs while they&#8217;re here, said Petty Officer 2nd Class Haans Endecott.

&#8220;This is just a little project to help out the community and let them know that we care,&#8221; Endecott said. And while the Seabees don&#8217;t usually work for four-legged types, the group prides itself on being flexible.

There is a PAWS volunteer training scheduled for Jan. 21. Those interested can call 243-9996 for more information.