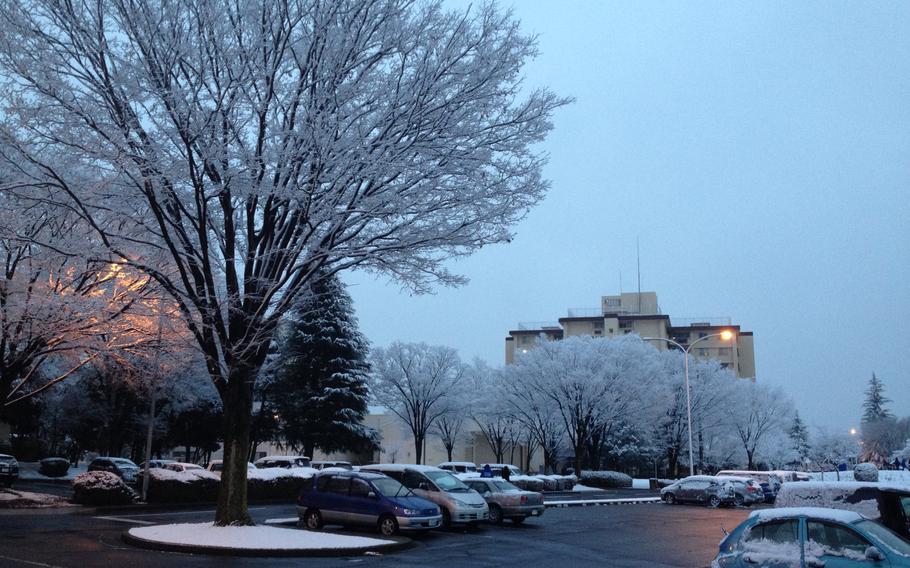 YOKOSUKA NAVAL BASE, Japan — Yokosuka base schools will open two hours later than usual on Wednesday due to expected poor weather conditions in the Tokyo metropolitan area.

All other base services were scheduled to operate normally on Feb. 5, as of Tuesday afternoon.

Naval Air Facility Atsugi officials said they planned to operate a normal schedule on Wednesday as of 4:30 p.m. Tuesday.

Yokota Air Base approved early release for base workers Tuesday afternoon, but had not yet announced any delays on Wednesday. Camp Zama also made no public announcements on weather delays as of Tuesday afternoon.