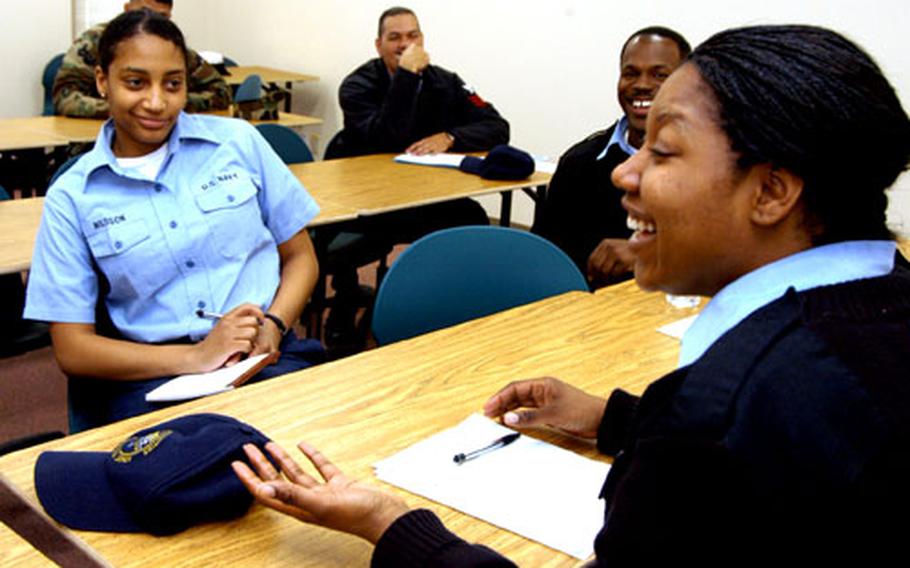 Multicultural misunderstandings here are more like language barriers, she said.

She is a member of the base&#8217;s new Multicultural Committee, or MCC. After only a year and a half in existence, it&#8217;s turned into the best team base commanding officer Capt. Greg Cornish has seen to date, he said.

The group&#8217;s roots are humble, founder Chief Petty Officer Annette Wright said. At first, she joked, they couldn&#8217;t give their event tickets away.

The group, once formed, decided the first order of business was to get rid of the &#8220;there&#8217;s no such thing as a free lunch&#8221; adage. They wanted to plan and organize events that nourished both the brain and belly, such as luncheons and dinners with diversity as the centerpiece.

So, the MCC became a nonprofit organization to allow fundraising. Then the 20 or so members started baking and barbecuing. Word of mouth spread news of the group&#8217;s existence.

Soon, they started giving away 40 free tickets to their events for those ranked E-6 and below. People started pouring in &#8212; not just from the base, but also from outside the gate, Wright said.

The group doesn&#8217;t expect their events to make people treat each other any differently, said Wright.