Yokosuka’s Kelly tapped as next commander of Naval Forces Japan 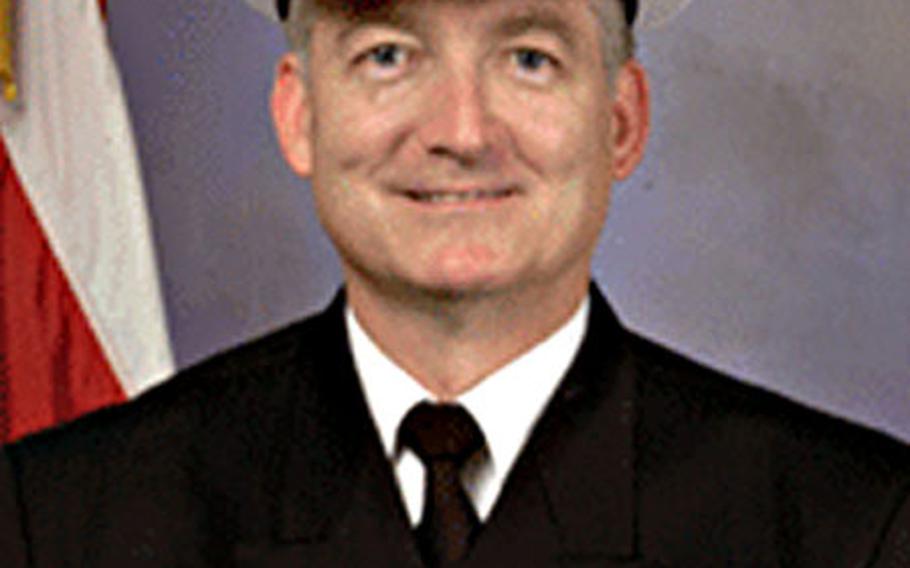 Rear Adm. James D. Kelly was appointed the next commander of Naval Forces Japan on Friday. (Courtesy of U.S. Navy)

Following the tradition of the past several commanders of the Navy&#8217;s shore installations, the future commander of Naval Forces Japan will come from one of the fleet commands in Japan.

Rear Adm. James D. Kelly was appointed the next CNFJ by Chief of Naval Operations Adm. Vern Clark on Friday. Kelly is expected to leave his current job commanding Carrier Strike Group 5 in the fall to begin serving ashore.

He now commands several thousand sailors, most of them assigned to ships based at Yokosuka Naval Base, Japan. His new job will require leading more than 26,000 sailors, families and civilians along with six bases in Japan, Okinawa and even Diego Garcia, which falls under CNFJ&#8217;s administrative control.

Clark has not announced where the current commander, Rear Adm. Frederic R. Ruehe, will be assigned next.

Kelly&#8217;s new job is multifold. He is in charge of the naval component under U.S. Forces Japan, advises the U.S. Embassy in Japan on naval issues and serves as the reporting senior for all naval base commanders in Japan and Diego Garcia.

As shore component commander, he is responsible for maximizing the 7th Fleet&#8217;s effectiveness and supporting its personnel and infrastructure, CNFJ officials said.

In a written statement, Kelly said he is excited about the future position.

CNFJ also will provide &#8220;a wonderful opportunity&#8221; to get to know more forward-deployed sailors and their families, he said.

Kelly won&#8217;t have far to move: Both Strike Group 5 and his new command are headquartered aboard Yokosuka-based ships.

The previous several commanders also arrived from local commands. Before taking over in September 2003, Ruehe was in charge of all amphibious forces in the 7th fleet, including the Sasebo, Japan-based USS Essex and USS Fort McHenry. Ruehe replaced Rear Adm. Robert C. Chaplin who, before becoming CNFJ, also commanded Amphibious Group 1 and Amphibious Forces 7th Fleet.

After serving with a variety of squadrons, he later commanded VA-115 at Naval Air Facility Atsugi, leading strikes during the Persian Gulf War. He assumed command of Carrier Group 5 in July 2003.