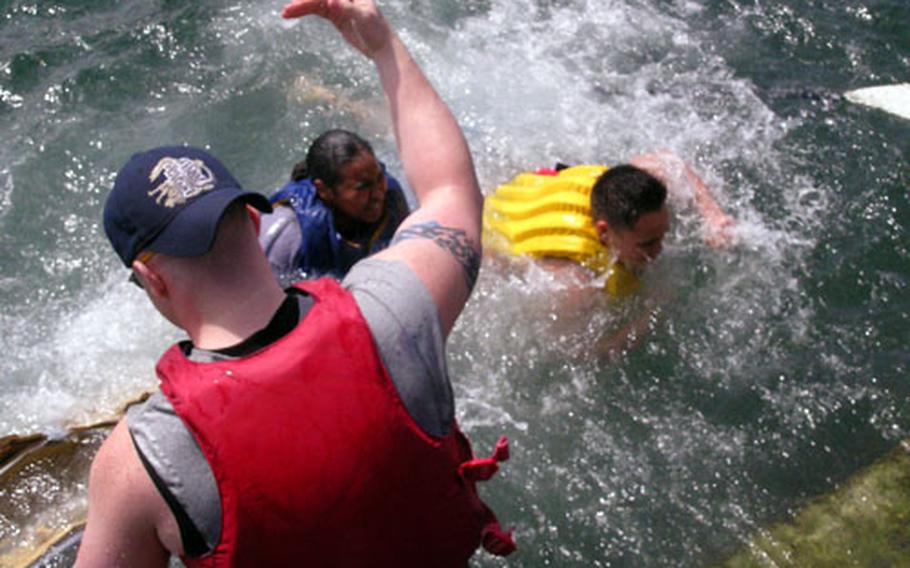 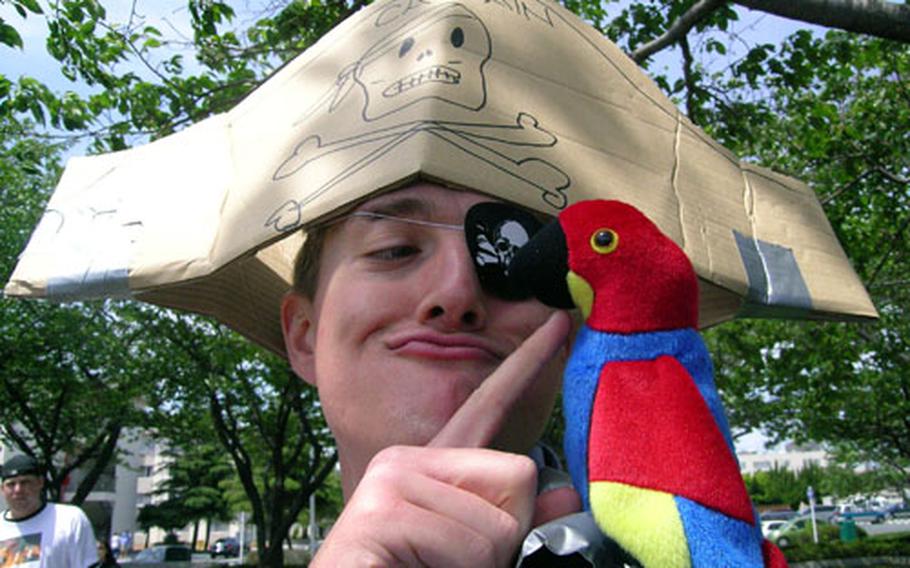 Then he &#8212; with his eye-patch and a parrot stuck to his shoulder (with duct tape) &#8212; and his first mate hopped aboard the cardboard craft and hoped it was seaworthy.

Eight teams climbed aboard the base&#8217;s inaugural event Saturday. For the 45 participants, the rules were simple: Get at least two people, pay $40, and name your team.

There were The Soggy Bottoms from Fleet Imaging, The Weather Freaks from the weather station, The Cardboard of Education from Yokosuka Middle School, the We Love the &#8217;80s Team and The Warriors from U.S. Naval Hospital Yokosuka, and three teams from the USS Chancellorsville.

The requirements: Build a boat in two hours using five sheets of cardboard, two utility knives, one ruler and two rolls of duct tape. Then give the craft a whirl in the waters outside Green Bay Marina. If it doesn&#8217;t disintegrate on the 100-foot round-trip voyage, you succeed. If it does, you get wet.

The boats didn&#8217;t have the only seams that may have been in danger of splitting, given the vigor with which the many spectators were cheering and laughing.

But reputation also was on the line among the three USS Chancellorsville teams.

And vengeance fed the two teams from U.S. Naval Hospital Yokosuka, as the losers were on the hook for a meal for the winning corpsman.

Alas, the Soggy Bottom team from Fleet Imaging lived up to its name, sinking seconds after setting sail.