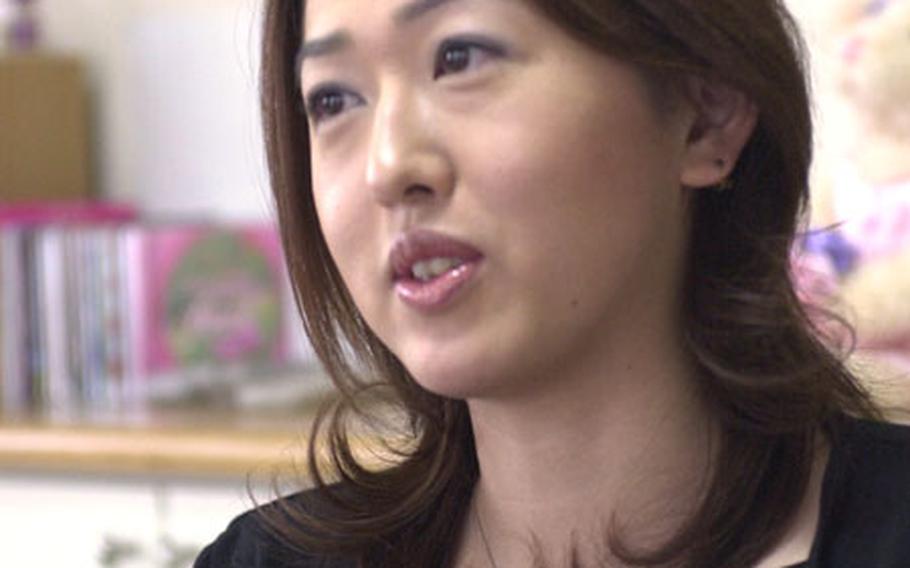 It started April 15 with a television report by Capt. King Dietrich, the Yokosuka Naval Base commander.

Dietrich told viewers that base residents could no longer have Japanese English-language students spend the night as part of a home-stay immersion.

The ban came after base leaders learned of a home-study program in which base residents invited students overnight and were paid for two hours of teaching and the meals they provided.

The ban triggered a flurry of concern among teachers. It also demonstrated the ambiguity of an issue that extends to all military installations.

English language lessons in the Pacific serve as a lucrative, flexible way for many to earn money, learn about Japanese culture and build bridges between a base and its host nation.

But the rules for teaching English vary. At some bases, teachers must register with base officials; at others, no registration is required. Overnight visits have their own concerns. While some bases forbid any type of home-stay, others will allow it if no additional money is exchanged on top of a lesson fee.

The letter states &#8220;English teachers, whether privately employed or self-employed are not authorized to have students stay overnight &#8230; or to charge their students or anyone else for staying overnight in government quarters.&#8221;

A home-stay by any other name

Although rules vary among services and installations, they state roughly the same thing: people can teach English at home, generally after registering with the proper authorities, and they can have guests spend the night, also with permission.

Some installations such as Yokosuka and Yokota Air Base in Japan outright bar overnight visits for students. Others just make a distinction that business associates can&#8217;t be houseguests.

Sasebo Naval Base in Japan encourages language exchange and doesn&#8217;t require teachers to register. But all overnight stays must be approved.

&#8220;Language lessons to Japanese nationals promote international relations and facilitate contact with citizens of the host nation,&#8221; said Yoko Aramaki, a base spokeswoman, in a written statement.

For base residents on Okinawa, overnight stays must be &#8220;bona fide&#8221; social visits, and that excludes students, according to Chip Steitz, 18th Wing public affairs spokesman.

&#8220;To the extent that the visit is primarily a social visit &#8212; and not a means to accomplish a commercial transaction &#8212; it is permissible&#8221; to have a student stay overnight as a guest, he said in a written statement.

Other places, such as many bases in South Korea, bar most overnight visits outright.

A novel way to learn

Yuri Aoki began her company, Lily English Center, by matching English teachers and students four years ago while living in Yokosuka. She had base friends who wanted to teach and knew people in town who wanted to learn. Matching them up became a business.

The program grew, and she now has more than 700 student-clients across the Kanto Plain.

Her students always asked for new ways to learn English, and she thought about inviting them on a base for a day of immersion. Many of her American teachers thought it was a great idea, and she began offering overnight immersions last summer.

According to Fox, having students spend the night adds something to her own experience in Japan. And she feels she&#8217;s adding something to the community.

Aoki coordinates the visits to provide students the best possible learning environment. She matches people with the same type of pet or those who have children the same age. Many of the students are from rural areas and have no other means to meet Americans and hear English.

It also gives U.S. spouses something to do when they&#8217;re alone, she said.

Yokosuka once had a program that allowed families to swap visits &#8212; Americans would host a Japanese family overnight on base for an American experience then spend time at their guests&#8217; house to learn about Japan.

It allowed Japanese families to better understand their base neighbors, bridging understanding on both sides.

But, Dietrich said in the TV report, officials found the program had faded away.

Teachers and language lesson brokers like Aoki say they want to comply with the rules. Aoki encouraged all her Yokosuka teachers to register with the base once she heard about the April 15 broadcast.

She also changed her home-stay contracts to say students are allowed to pay only for actual lessons and food, not for the privilege of being on a base.

Aoki said even without the Yokosuka home-stays, she&#8217;ll continue matching teachers with students for lessons there.

Most of all, she said, she wants to prevent her teachers from getting in trouble, but she wishes the rules were clearer.

As for Fox, she said if the home-stays are banned she certainly will stop, despite enjoying the program.

According to a Yokosuka Naval Base policy letter issued Friday, residents who teach English to private students are not required to register with military officials. People who work with a broker to find students or those who are employed at Japanese schools technically work for a Japanese company and are required to register with the base Judge Advocate&#8217;s Office.

For more information, contact the legal affairs department at DSN 243-7335.