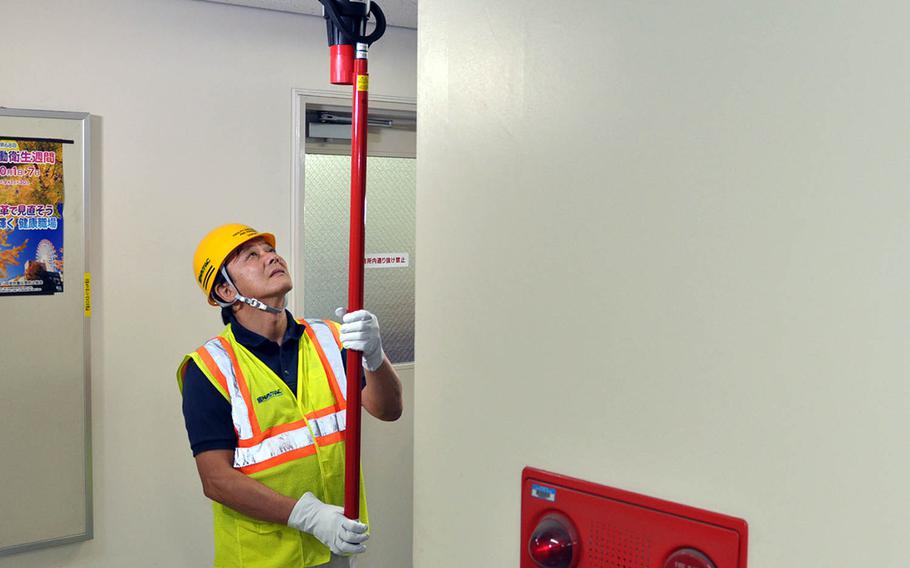 YOKOSUKA NAVAL BASE, Japan — Base-housing safety issues — ranging from radon gas to fire protection problems — identified in a 2014 Inspector General report have been fixed or are being resolved, Yokosuka officials said.

Yokosuka, which was cited for 76 deficiencies, wasn’t re-inspected for a 2016 follow-up report released last month.

“The lion’s share of the violations that were noted dealt with code compliance with fire alarms and smoke detectors in living quarters,” he said. “They’ve all either been resolved … had an interim measure taken or they had a completion of some sort.”

The base has been installing battery-powered smoke detectors and issued a $1.75 million contract to hardwire smoke detectors into a quarter of on-base housing units with more contracts to follow, Lewis said.

The base has the resources to resolve all the violations, said Cmdr. Reann Mommsen, a Naval Forces Japan spokeswoman.

“Most of the discrepancies listed in the 2014 IG report have been resolved and projects are planned to fix remaining discrepancies,” she said.

The Navy is monitoring a troop housing facility and a family townhouse where the inspectors detected high levels of radon — a naturally occurring gas associated with lung cancer, Lewis said. Radon monitoring devices were recently added to those facilities, he added. Test results will be available in January.

The Navy doesn’t conduct extensive radon testing at Yokosuka because surveys done in the 1980s and 1990s classified the installation as at low-risk for the gas. However, officials have asked for more funds for testing, Lewis said.

“We do look for it in base housing but this is a low-risk area,” said Naval Facilities Engineering Command spokesman James Johnson. “We haven’t found it to be a widespread problem. We do test for radon periodically at places we think are at higher risk.”

The U.S. Environmental Protection Agency says radon is the leading cause of lung cancer among nonsmokers in the United States. It is responsible for tens of thousands of cancer-related deaths annually, according to the World Health Organization. While there is no safe level of radon exposure, most studies say that elevated short-term exposure is statistically unlikely to cause cancer.

Radon is hard to detect because it is colorless and odorless; however, there are some cautionary steps that concerned residents can take, Johnson said.

“In most cases mitigating radon is as simple as airing the space out and making sure you have proper ventilation,” he said. “If [residents are] worried about radon, just periodically open the windows and doors and let the air move through and you’re going to be fine.”