Yokosuka raises funds to start memorial for crew lost in 1870 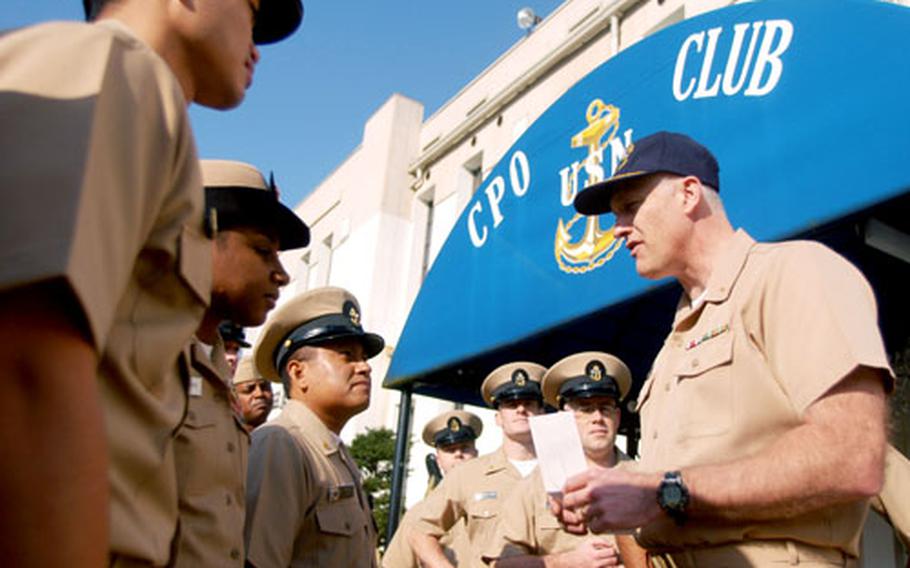 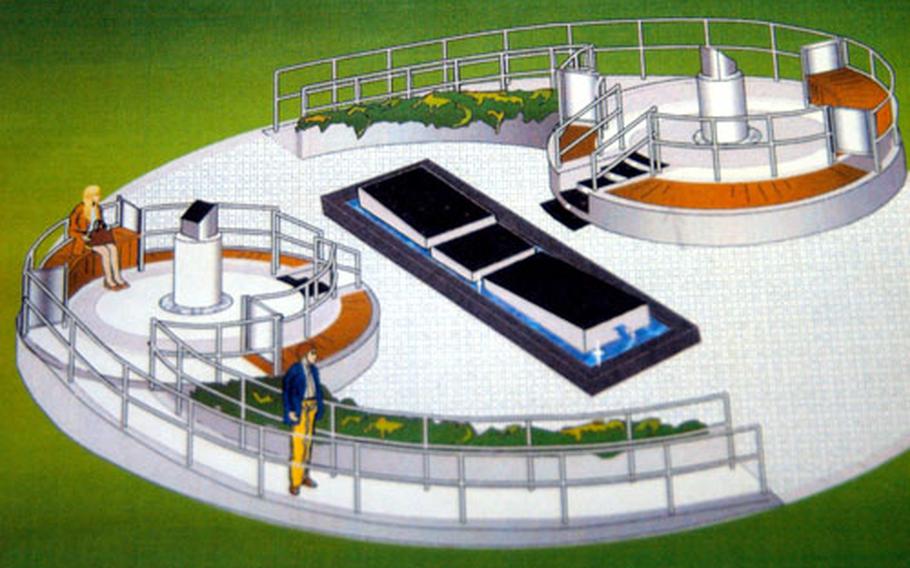 Volunteer architect Michelle Bryan used Japan&#39;s ancient "magatama" symbol (Americans recognize it as "yin and yang") and a fountain in the USS Oneida memorial to be constructed at Yokosuka&#39;s Kosano Park. ()

Is the ship still under 120 feet of water 4 miles from base or was it sold for salvage?

Of the 115 sailors who were lost, were all recovered by Japanese pearl divers or only a few?

Are there sailors&#8217; ashes in Honmonji Temple near Tokyo?

Yokosuka&#8217;s command chaplain Cmdr. Bob Freiberg is piecing the story together, one document at a time. But one mystery &#8212; where the money was coming from to build an Oneida memorial &#8212; is all but solved. In just a few short months, the Yokosuka and Navy community has pitched in more than $40,000 to build a memorial at Yokosuka Naval Base&#8217;s Kosano Park, Freiberg said.

It will cover the materials, though another $20,000 is being sought for engraving and labor, he said. Even so, the project will start in January and is hoped to be completed by May.

For Freiberg, the ship&#8217;s tale is about &#8220;ordinary seamen and Marines doing extraordinary things.&#8221; Crewmembers of the Oneida, a sloop of war, received eight individual Medals of Honor. After the Civil War Battle of Mobile Bay in 1864, the ship became the Navy&#8217;s most decorated.

Manned by Civil War veterans, the Oneida was ordered to Japan in 1867 to protect trade and keep pirates from American interests, Freiberg said. The crew also protected foreigners when an isolationist backlash occurred during its three-year stint, he said.

But after surviving war and battle, the Oneida met its end during peacetime, on Jan. 24, 1870, when the British ship City of Bombay accidentally rammed it in waters outside Yokohama. Freiberg said the sloop, shorn in half, sank in about 15 minutes.

Just 61 people survived in the Oneida&#8217;s lifeboats. The rest, including the captain, went down with the sloop, Freiberg said.

After the accident, the captain&#8217;s body was recovered about 20 miles from the crash site and buried in the foreigners&#8217; cemetery in Yokohama, Freiberg said. &#8220;The rest were essentially forgotten,&#8221; he added.

The USS Oneida story prompted the Chief Petty Officer Class of 2007 to bag groceries, wash cars and sell food with the goal of raising $5,000 toward the Kosano Park project.

Yokosuka&#8217;s Fleet Reserve Association is to give another $5,000 to the project next week. The Chapel of Hope community raised $30,000, Freiberg said. A private organization called the &#8220;USS Oneida Foundation,&#8221; headed by Yokosuka Naval Base Command Master Chief William Holz, will finish fundraising in the new year, he said.

Navy divers hope to check the crash site for any wreckage but it may have washed away by now, Freiberg said. And Freiberg and others won&#8217;t know what is under the stone at Honmonji Temple, as repeated trips did not budge the temple officials&#8217; refusal to move the Oneida monument.