Yokosuka petty officer selected as CNFJ's Sailor of the Year 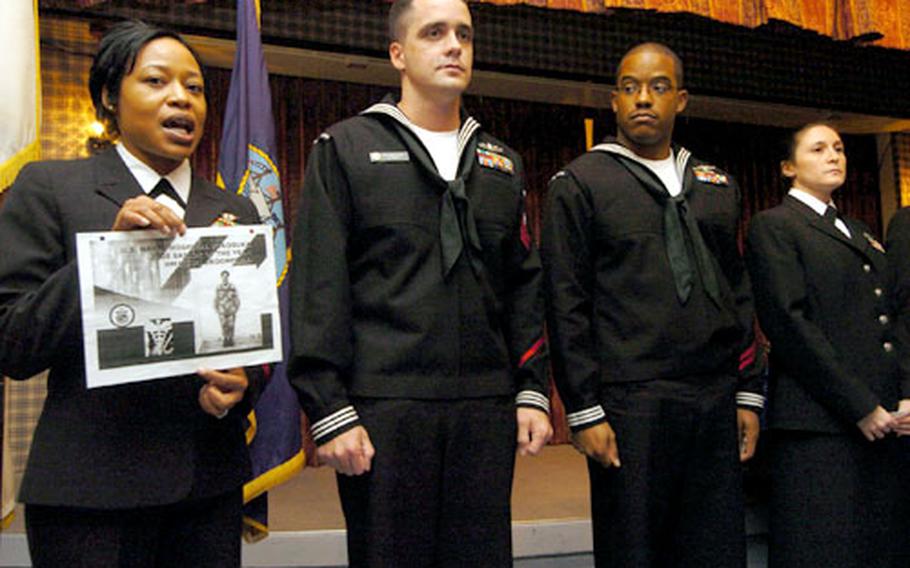 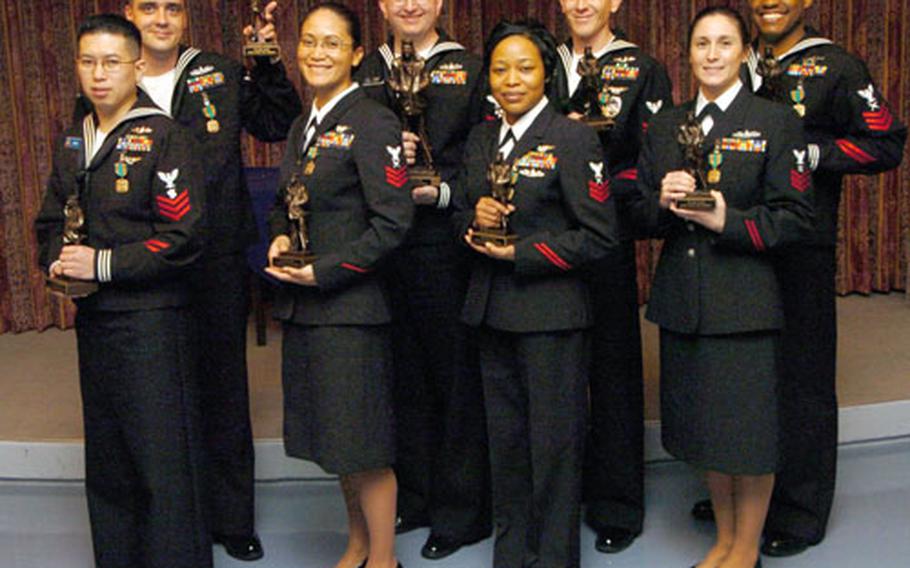 &#8220;There was no animosity between us. There was no politics or back stabbing. These are all good folks,&#8221; said Kirby, a 36-year-old Petty Officer 1st Class from Commander, Fleet Activities Yokosuka. &#8220;I would have voted for someone else.&#8221;

So it was &#8220;astonishment&#8221; Kirby felt when CNFJ Rear Adm. James Kelly shook his hand and announced him winner at a luncheon on Thursday. Kirby works for the Family Support Assistance Team helping people with personnel issues, including identification, transportation and advancement.

&#8220;There is no end to the pleasure I get helping someone out of a desperate situation,&#8221; Kirby said. The highlight of Kirby&#8217;s 2005, he said, was watching four people &#8220;put on khakis&#8221; as a result of the military requirement study group he started to help people prepare for advancement exams.

Also in the running for CNFJ Sailor of the Year were 1st Class Petty Officers John Poole from Diego Garcia, David Thomas from Sasebo Naval Base, Damaris Havens from White Beach Naval Facility Okinawa, Latricia Robinson from Naval Air Facility Atsugi, Reynaldo Giron from Personnel Support Pacific, Sarah King from Naval Air Facility Misawa and Christy Broomfield of Marine Corps Air Station Iwakuni &#8212; who couldn&#8217;t attend because currently she&#8217;s deployed as a corpsman in Kuwait. Also up for Sailor of the Year was Terrence Ingram, whose base couldn&#8217;t immediately be determined.

Though job descriptions varied widely, all Sailor of the Year nominees had one thing in common, Kelly said.

Giron hails from the Philippines. At 26, he was CNFJ&#8217;s youngest nominee.

Over the course of the past few days, Kelly and other leaders sat down with the nine sailors and brainstormed a number of topics including career development, sponsorship, uniforms, mentoring and opening up the Navy more to Japanese interaction, he said.

A banquet also was held Thursday evening to honor about 50 Sailors of the Year from both seaside and shore commands.