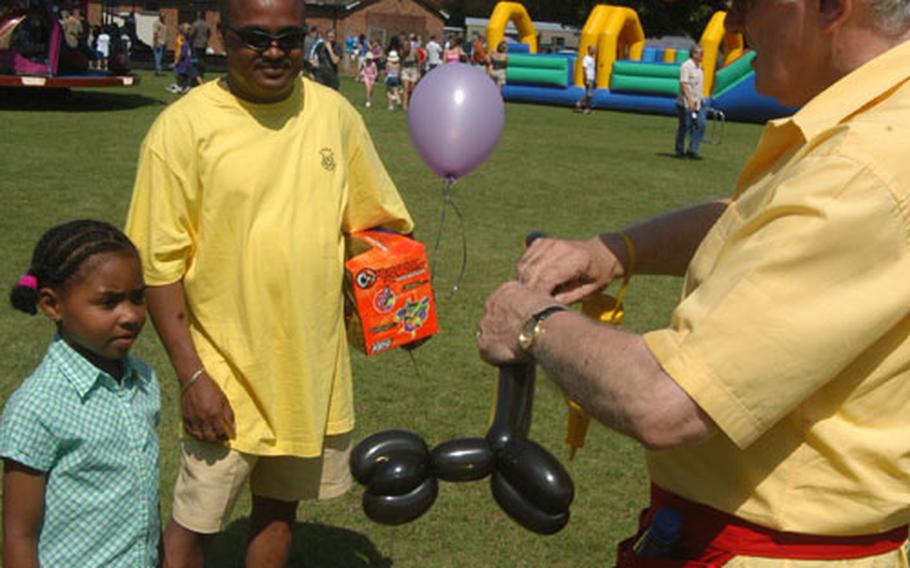 Temperatures were in the upper-80s, but that didn&#8217;t discourage Japanese from lining up to buy pizza, look at American hot rods or play games.

Nakayama wouldn&#8217;t estimate how many pizzas might be sold before the festival ended. But he said Japanese wanted pizza there because it was bigger and less expensive than pizzas generally available off base.

The Japanese also wanted pizza because it is part of American culture, he said.

And that&#8217;s exactly why some Japanese attended Navy Friendship Day.

Typically, most Japanese are barred from visiting the base, Nakamura said, even if they live next door. But Sunday, the gates were open.

Military personnel said they, too, were excited to share their culture.

&#8220;It feels good,&#8221; Seaman Apprentice Michael Cross said as he worked at an inflatable rock-climbing wall for children.

Shortly afterward, he was called to rescue 5-year-old Julia Gianio of Yokosuka Naval Base. The young girl climbed halfway up, stopped and began crying for help.

Donning a climbing harness, Cross bolted up the inflatable wall, grabbed the girl and helped her safely to the ground, where civilian Shanna Sheppard assisted.