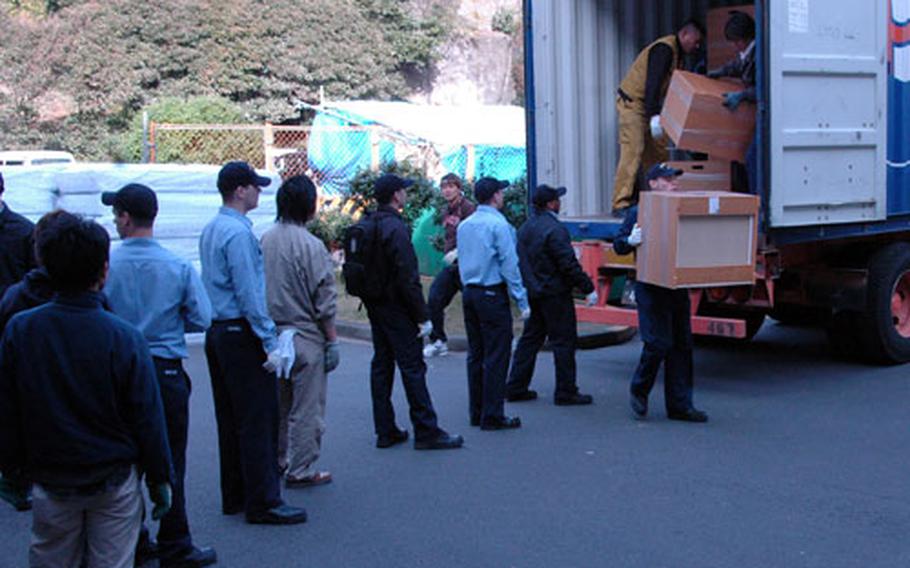 YOKOSUKA NAVAL BASE, Japan &#8212; The Homeport Ashore Program at Yokosuka will open up another 500 beds for shipboard sailors on Friday.

Dozens of sailors from area commands spent the past week helping prepare the new living quarters, said Petty Officer 1st Class Romualdo Belo, the base&#8217;s building manager, who is helping oversee the manpower driving the project. &#8220;Our goal is to be ready to have people start moving in this Friday &#8212; and we&#8217;re going to do it,&#8221; Belo said.

The thought of moving off the ship has become a rallying cry for many, Oswald said.

Homeport Ashore&#8217;s goal is to have 100 percent of shore-duty and 95 percent of sea-duty sailors E-4 and below living off ships, Cruz said.

Based on the number of sailors stationed on Yokosuka-based ships, another 1,000 beds are needed to reach that goal, he said.

Cruz said the Navy is working out the funding to construct five new towers at an estimated cost of $300 million. He also said beds currently allotted to the USS Kitty Hawk will be transferred to the USS George Washington when it arrives next year. Cruz said it is ultimately up to each command to decide &#8220;who is and who is not allowed to move off the ship.&#8221;

In the meantime, the industrial sounds of Yokosuka&#8217;s waterfront will be a little less intrusive for some sailors as they begin to get settled into their new rooms to enjoy what will be a special holiday weekend.