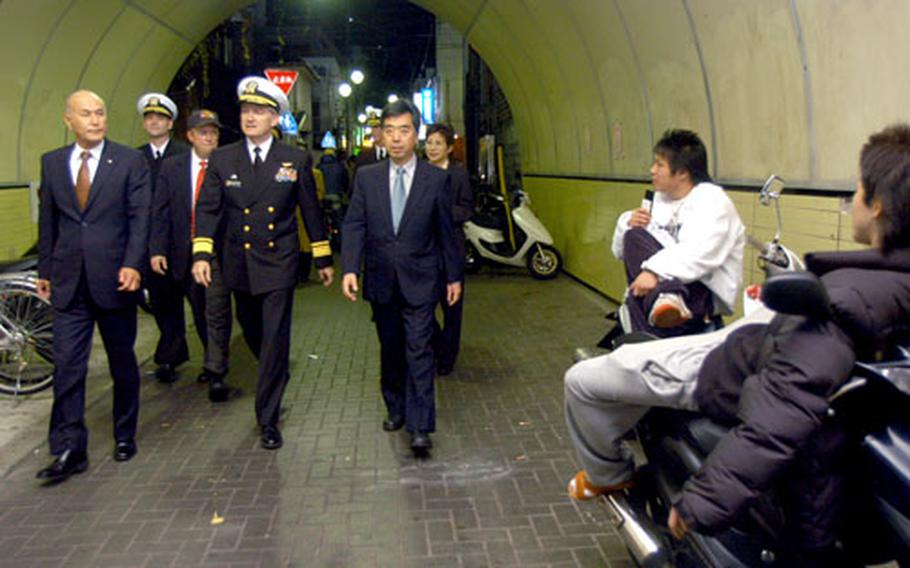 Local Navy and Japanese officials did a safety walk-through of the Honch nightclub district in Yokosuka, Japan, on Monday. (Allison Batdorff / S&S)

Local Navy and Japanese officials did a safety walk-through of the Honch nightclub district in Yokosuka, Japan, on Monday. (Allison Batdorff / S&S) 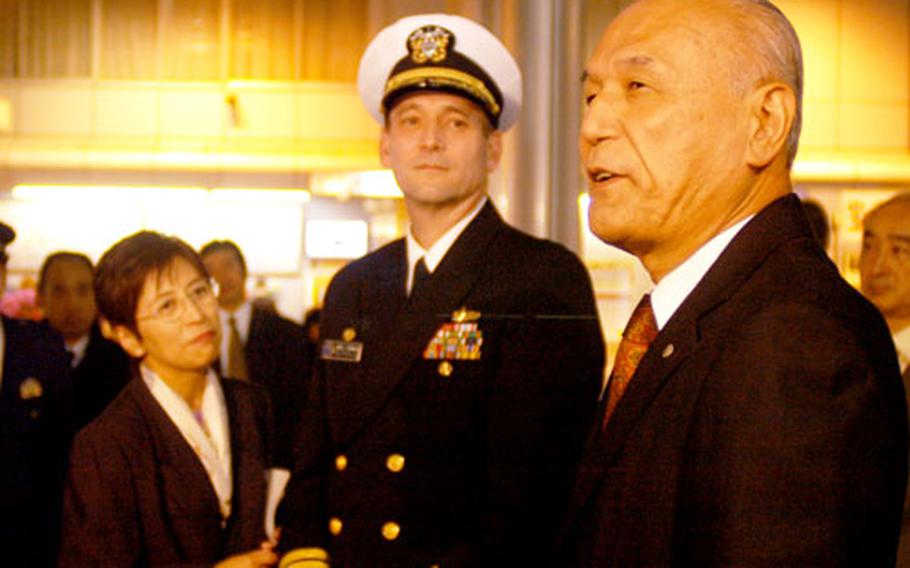 It was the first joint &#8220;Honch Patrol&#8221; &#8212; an hourlong walk-through with top local officials, community leaders, policemen and media Monday.

The patrol grew out of a joint safety meeting between the Navy and city after a series of Navy-related crimes in the beginning of the year.

The group toured the Yokosuka Chuo area through the Honch to Shioiri Station. They paused at the spot where Yokosuka woman Yoshie Sato was found after suffering a fatal beating by a USS Kitty Hawk airman on Jan. 3. Navy and Japanese officials removed their hats and bowed.

Other crime scene locations were noted along the trip, including the corner where a street fight took place in 1994 and the newly named location of the Shalltown Bar, which was formerly off-limits to U.S. military personnel. Future problem areas were cited, like bars that serve past the alcohol curfew and places where garbage accumulates.

Recent security improvements also were part of the tour, as police pointed out security cameras and new streetlights.

Cornish pointed out proactive steps the Navy has taken in the last year, including levying an alcohol consumption curfew for active-duty military, heightened behavior discussion during newcomer indoctrination and increased numbers of shore patrol.

&#8220;There has been a lot of trouble down here, and the action always seems too little, too late,&#8221; Petrovich said. But the walk-through is a good sign, he said.