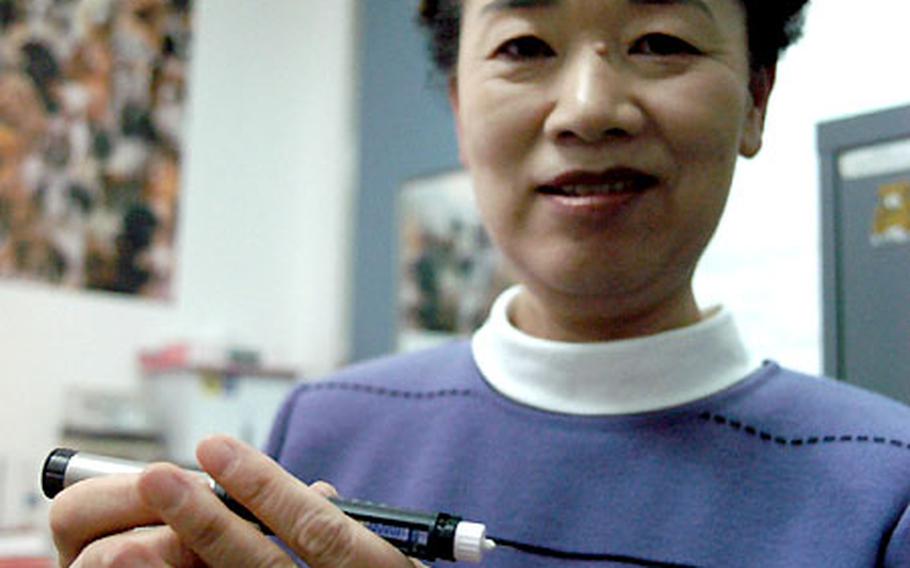 Kazuko Fujieda, diabetes nurse at Yokosuka Naval Hospital, Japan, holds a new portable insulin pen. The device is offered to insulin-dependent diabetics. The hospital has more than 500 diabetic patients, and staffers have begun to implement a new program that seeks to better serve their needs. (Juliana Gittler / S&S)

Kazuko Fujieda, diabetes nurse at Yokosuka Naval Hospital, Japan, holds a new portable insulin pen. The device is offered to insulin-dependent diabetics. The hospital has more than 500 diabetic patients, and staffers have begun to implement a new program that seeks to better serve their needs. (Juliana Gittler / S&S) 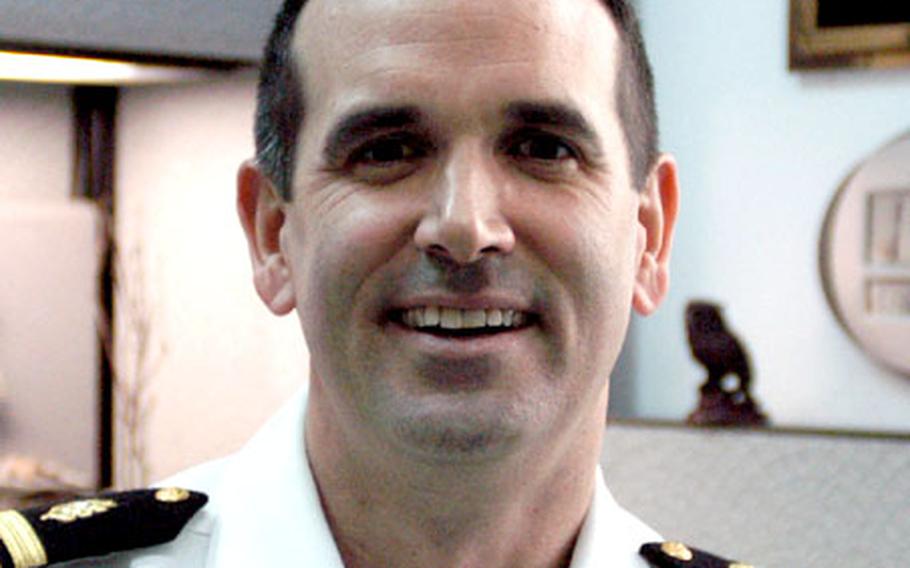 YOKOSUKA NAVAL HOSPITAL, Japan &#8212; As a growing number of people walked through the doors of Yokosuka Naval Hospital with diabetes, officials realized they could do more to help their patients battle the disease.

With some 500 diabetic servicemembers, civilians and dependents among the hospital&#8217;s patients, this summer the staff developed a more comprehensive way to treat and counsel those with both Type 2 &#8220;adult-onset&#8221; diabetes and the Type 1 insulin-dependent version of the disease.

Instead of leaving it to a patient to keep in contact with a nurse, dietitian, doctor and pharmacist, beginning this month, the hospital will do much of that for them, in part through a patient-tracking software system.

Yokosuka&#8217;s program also could be used at other Navy clinics across Japan, he said.

The program&#8217;s creator, Dr. Dan Fisher, head of internal medicine at the hospital, has begun that process; the program is slated to be used at other Navy hospitals in Japan in coming months.

Because servicemembers and dependents with other serious diseases and heart conditions usually are not transferred to Japan, diabetes probably is the most dangerous disease seen at the hospital, Weiner said.

Type 2 diabetes, the disease&#8217;s most common form, develops gradually, usually appearing in adults, according to the WebMD reference library. Among the fastest-growing diseases in the United States, it can be caused by obesity and lack of exercise.

People also can have prediabetes, he said: They have higher blood sugar levels than normal but not quite as high as diabetics.

The new program serves this group especially well, the physicians said, because treatment and monitoring can reverse or delay the onset of the disease.

The new program is a case of making a good thing better, Weiner said. Even before the program began, he said, Yokosuka&#8217;s diabetes treatment exceeded American Diabetes Association recommendations.

Because Yokosuka&#8217;s 500 diabetic patients constitute a relatively small population, he said, the hospital also can offer some of the latest treatments, including medicines deemed too expensive by some American health maintenance organizations.

Insulin-dependent diabetics also have the newest treatments available, including oral insulin, 24-hour insulin and a new insulin pen that is more portable than traditional needles and doesn&#8217;t need refrigeration.