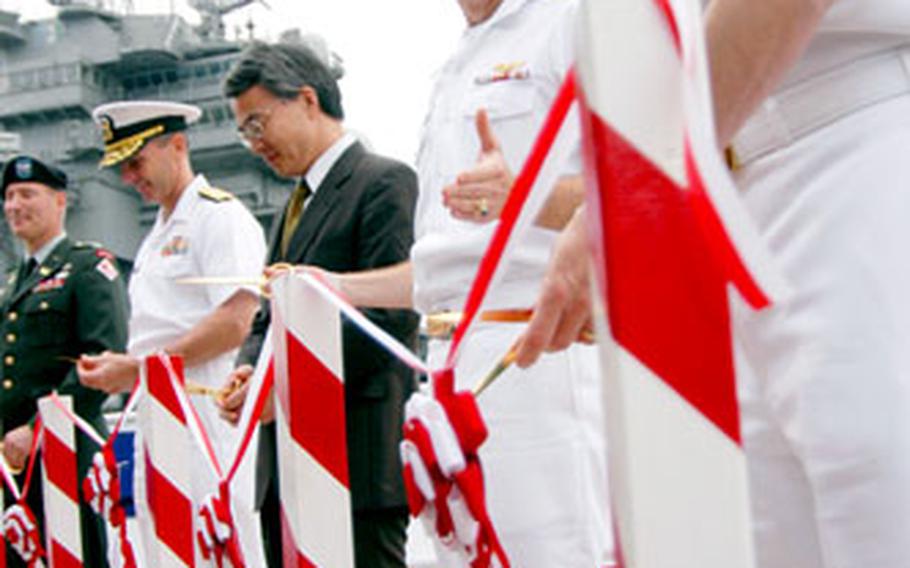 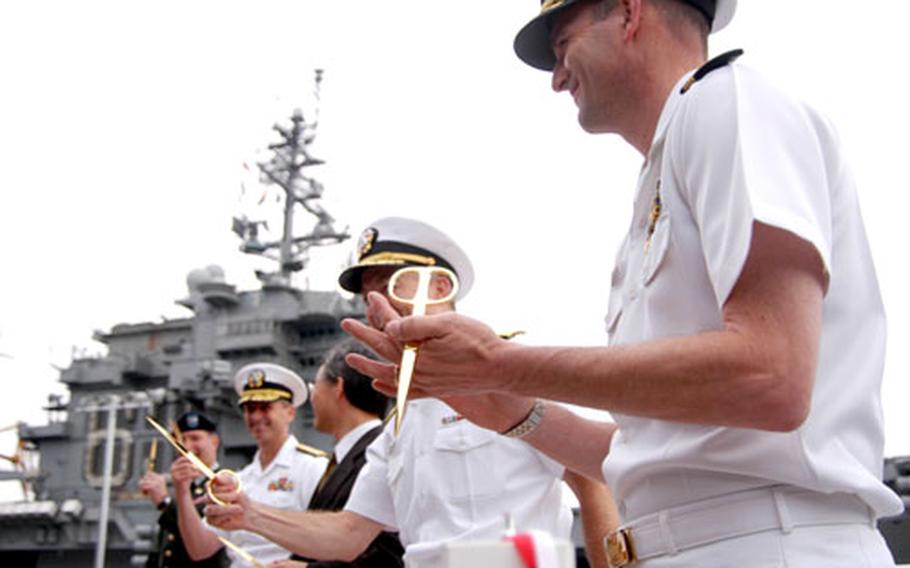 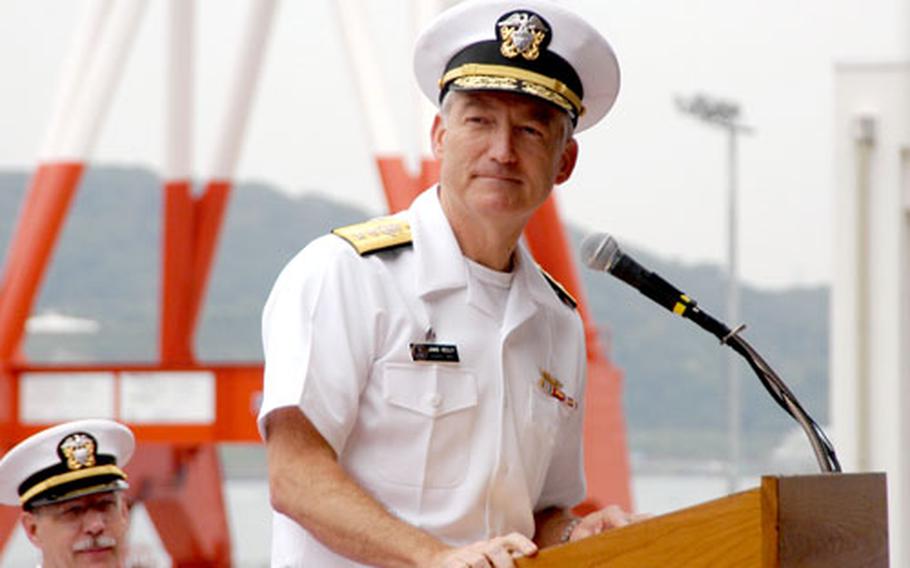 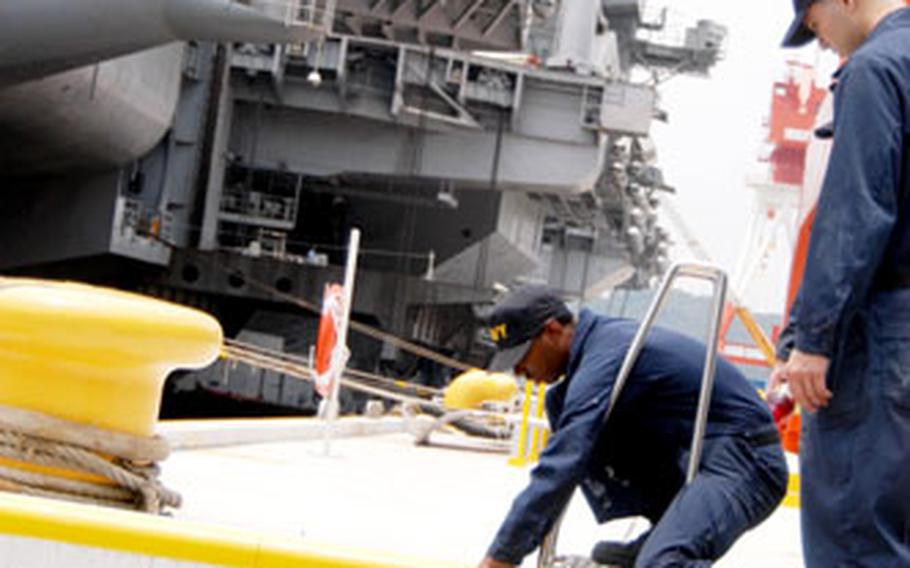 &#8220;There was often speculation about the true purpose of the pier, but there have always been carriers based here, going back to the USS Midway,&#8221; Takamizawa said.

The nuclear-powered USS George Washington will moor there when it replaces Kitty Hawk in 2008, but it was not upgraded for that purpose, Takamizawa said.

The official ribbon-cutting ceremony was Tuesday with speeches from American and Japanese dignitaries to celebrate the construction&#8217;s completion.

&#8220;This pier can now support the finest carrier in the world,&#8221; said Commander, Naval Forces Japan commanding officer Rear Adm. James D. Kelly, gesturing to the USS Kitty Hawk already moored there. &#8220;The only better sight picture will be in 2008 when the USS George Washington will be sitting in the same spot.&#8221;

Ships began having trouble mooring and doing maintenance work and replenishment, he said.

Negotiations began and a survey was conducted in 1993. Construction began in 1999 as a Japanese Facilities Improvement Project in a partnership with the U.S. Army Corps of Engineers.

Berth 12 was extended 450 feet, the deck was refurbished, and two huge port cranes were installed, along with utility substations and support facilities.

Kitty Hawk spokesman Lt. Cmdr. Terrence Dudley called the new digs &#8220;exceptional.&#8221; The carrier pulled in to Berth 12 on May 25 after a few days of sea trials, he said.

&#8220;We&#8217;re very impressed with the new facilities there and are very pleased to have had the opportunity to practice pulling in and departing from our new home,&#8221; Dudley said.

Berth 12 by the numbers450: Number of feet the pier is extended.

2008: The year the USS George Washington is to make the berth its home.

0: Accidents or safety mishaps so far.

The birth of Berth 12

Golden scissors snipped the opening ribbon just Tuesday but Yokosuka&#8217;s Berth 12 actually is more than 90 years old, with a history as varied as the ships moored to it:

Built by the Japanese Imperial Navy in 1920, the pier was home to Japanese warships for 25 years.

Negotiations between the U.S. and Japan began in 1993 to upgrade the pier. Construction began in 1999 under the Japan Facilities Improvement Program.

The pier was extended 450 feet, the deck refurbished, two huge port cranes &#8212; named after sumo wrestlers &#8212; were installed and utility substations and support facilities were built.

The USS Kitty Hawk tried out the new berth on May 25. It was pronounced &#8220;exceptional,&#8221; according to Kitty Hawk spokesman Lt. Cmdr. Terrence Dudley.