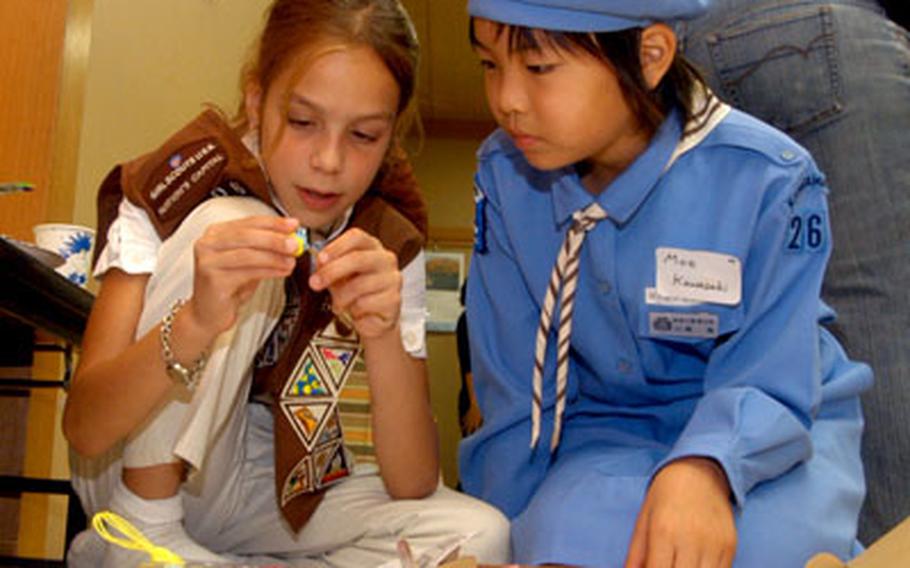 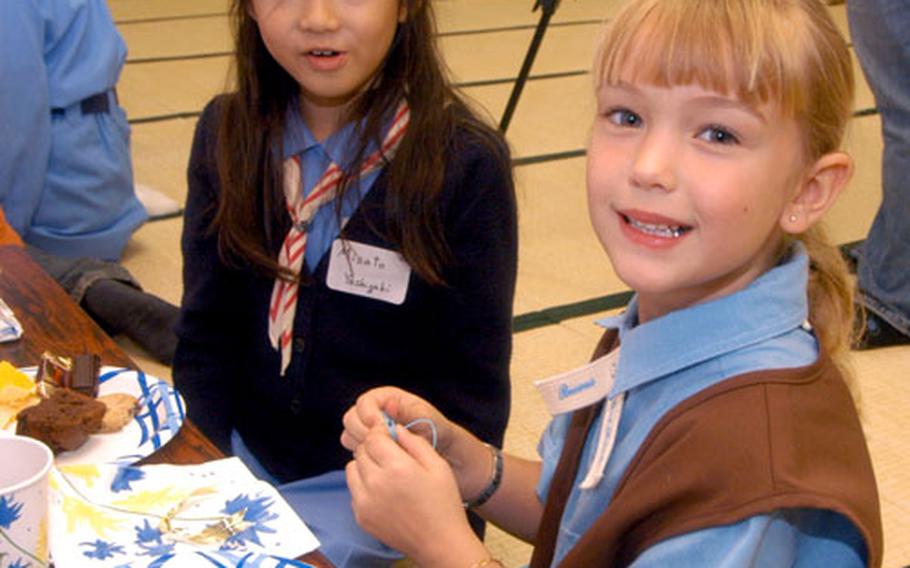 YOKOSUKA NAVAL BASE, Japan &#8212; Like little diplomats, the girls stepped up to solemnly shake hands between American and Japanese flags.

One column of girls was dressed in blue; the other in brown and green. In true Girl Scout tradition, they were out to &#8220;make new friends and keep the old.&#8221;

Many of the girls shyly exchanged gifts. Some held hands.

An introductory event is held every year where the families swap contact information so the new sisters can keep in touch.

The girls will play together and, hopefully, learn from each other, said JASSY chairwoman Kyung S. Kim.

But this isn&#8217;t exclusive to the little girls. Parents and siblings also benefit from the exchange, Kim added. Moms and dads do the driving and planning of activities, and often the friendship spreads to the whole family, she said.

Angie Back, who brought her daughter to the event, agreed.