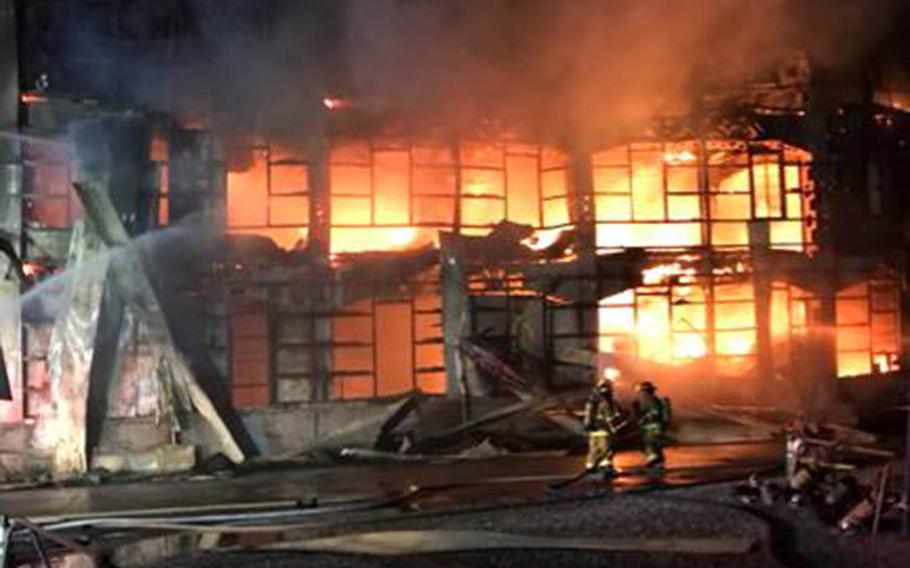 YOKOSUKA NAVAL BASE, Japan — More than a dozen emergency personnel from Yokosuka and a nearby family-housing detachment worked beside local firefighters to contain a large off-base fire over the weekend.

Flames shot into the air Sunday from a warehouse near the Navy and Japan Maritime Self-Defense Force bases after the fire started at about 11:30 a.m., according to the Nippon News Network. Thick, black smoke plumed into the air and was visible from miles away.

Fourteen personnel from U.S. Navy Fire and Emergency Services responded to the blaze at the request of the Yokosuka City Fire Department, a Navy statement said. They brought with them two fire engines, a command vehicle and a passenger van to help.

No one was injured in the incident, according to the NNN report.

Yokosuka Naval Base and the City of Yokosuka have a “mutual cooperation agreement” that enables either party to request “fire and emergency services and humanitarian assistance” to ensure public safety, the Navy statement said.