Yokosuka continues push for DBIDS use 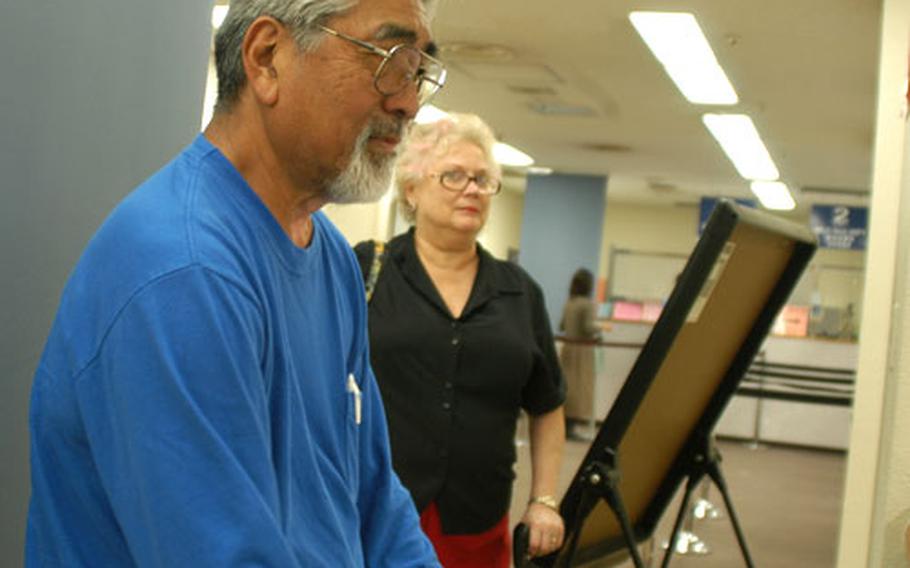 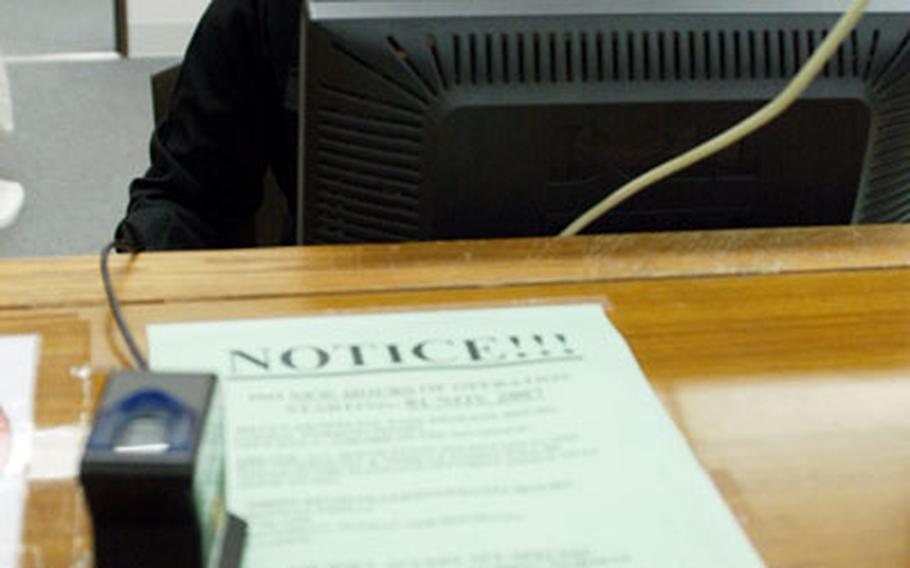 YOKOSUKA NAVAL BASE, Japan &#8212; Catherine and Stanley Kato walked into the Industrial Security Office on Thursday, and just a few minutes later, the two U.S. civil servants walked right back out.

DBIDS is a collection of individual biographical information, like height and weight, accompanied by a photograph and a fingerprint. It is linked to identification cards, which are scanned by security when people enter the base.

Right now, 86 percent of Yokosuka&#8217;s active-duty servicemembers, civilians, contractors and Japanese workers are registered in DBIDS &#8212; a huge improvement over the 40 percent they used to have, said Chief Petty Officer Shannan Richardson.

Yokosuka security ran a registration blitz between Sept. 1 and Oct. 15 that garnered more than 2,000 new registrants, bringing to 36,398 the number registered.

Still, both Richardson and Yokosuka base security officer Lt. Paul Bradley reiterated the need for everyone to register. Registration is conducted at the security office at Yokosuka&#8217;s main gate from 7 a.m. to 4 p.m.

Hurricane Katrina underscored the need to have military workers and families plugged into a centralized system if an emergency arises, Bradley said.

In an emergency, the military would also use the Noncombatant Evacuations Operations database as well, he said.

Because it tracks people, the system also has helped commands catch those in unauthorized-absence status and has assisted in some high-profile cases, Bradley said.

Yokosuka is the only naval base in Japan using DBIDS for all attached to the base, including those who are here on temporary duty orders longer than 18 days.

U.S. military bases in South Korea have used DBIDS since 1999.