Yokosuka combats drunk driving with ‘None for the Road’ 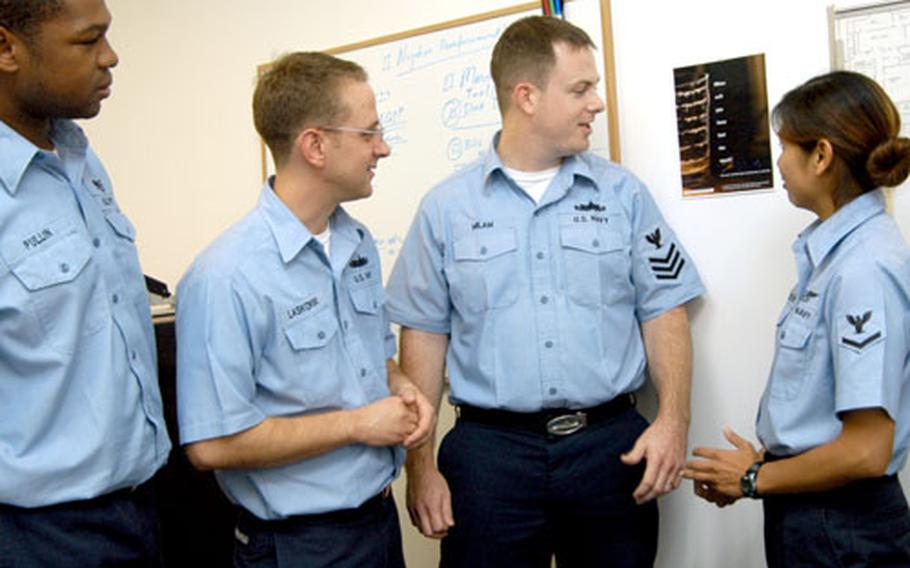 YOKOSUKA NAVAL BASE, Japan &#8212; Security officials working at Japan&#8217;s military bases prepare for the holidays in ways to ensure people and careers survive them &#8212; most visibly by increasing sobriety checkpoints to keep drunk drivers off the road.

But the odds will be less and the alternatives more this season as Yokosuka kicks off an aggressive &#8220;None for the Road&#8221; campaign. Included are more sobriety checkpoints, free taxi rides and an &#8220;in your face&#8221; awareness campaign in an effort to keep the numbers down, Wright said, who is organizing the program.

This year both Yokosuka Naval Base and Naval Air Facility Atsugi have seen statistics improve. As of last week, NAF Atsugi had gone 66 days with no driving under the influence or driving while intoxicated infractions. Yokosuka has had 30 DUI/DWIs since January &#8212; down from 49 cases in 2005 and 38 cases in 2006.

Last year Navy bases added a drinking while driving indicated prohibition &#8212; a violation that registers with a blood-alcohol content of 0.03 percent &#8212; Wright said. The lowered percentage is the same as Japanese law.

But Wright isn&#8217;t celebrating just yet &#8212; not unless they can keep the numbers down through the tough holiday season, she said. They&#8217;ve had two incidents since the season started Oct. 15, she said.

Military car sales and Morale, Welfare and Recreation are offering free taxi rides home to those who explain they&#8217;ve been drinking on base and show the driver their car keys, Wright said. &#8220;None for the Road&#8221; will also pass out sodas Nov. 22 at Yokosuka&#8217;s main gate to drivers and pedestrians and remind them of the consequences of drinking and driving, Wright said.

Getting a ticket means, at the very least, losing on-base driving privileges. At worst, it can mean a court-martial conviction, dishonorable discharge and up to 18 months in the brig, Wright said. It&#8217;s expensive, too, as, in the U.S., a drinking and driving offense adds up to a $7,000 ticket after court costs, insurance hikes and lawyer fees and fines, Wright said.