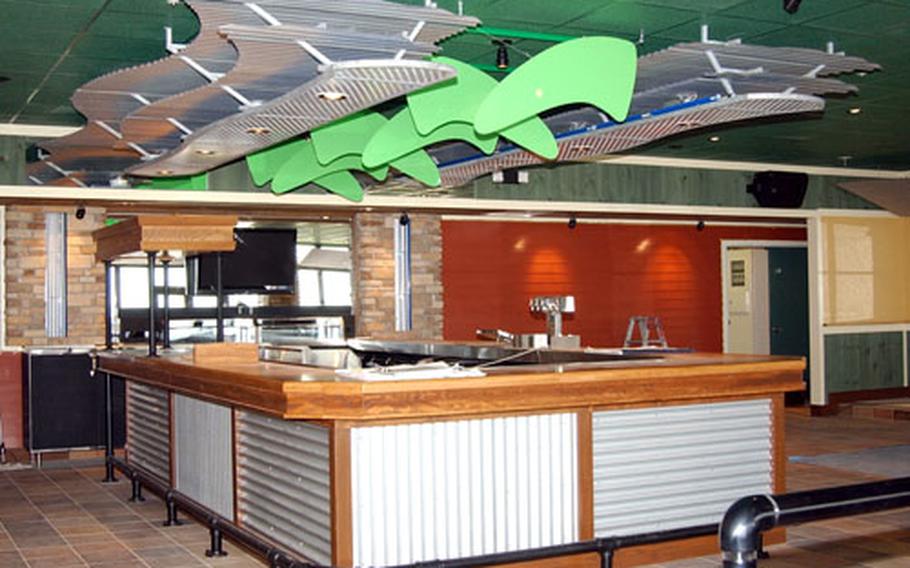 The design specifications for Chili’s Grill & Bar is an important aspect in the construction of the new restaurant soon to open at Yokosuka Naval Base. The restaurant will be one of the largest Chili’s in the world. (Yasuko Nakamura / Courtesy of U.S. Navy)

&#8220;The current construction delay is due to a rework of finishes in the facility to meet the requirements of the Chili&#8217;s franchise,&#8221; said base spokesman Tetuan Moffet in an e-mail Friday. &#8220;Once construction is complete, I understand there will be a 30-day training period for the staff.&#8221;

The project is a combined effort of Commander, Navy Installations Command and Yokosuka&#8217;s Public Works Department. Shaw Construction received the contract in the United States and worked with local sub-contractors, Lohr said. Construction started in February.

Chili&#8217;s has 150 locations outside the U.S. mainland, including Guam, Kadena Air Base on Okinawa and Osan Air Base in South Korea.

A groundbreaking ceremony for another Chili&#8217;s was held Friday at Yokota Air Base, Japan, with completion expected in summer 2009.