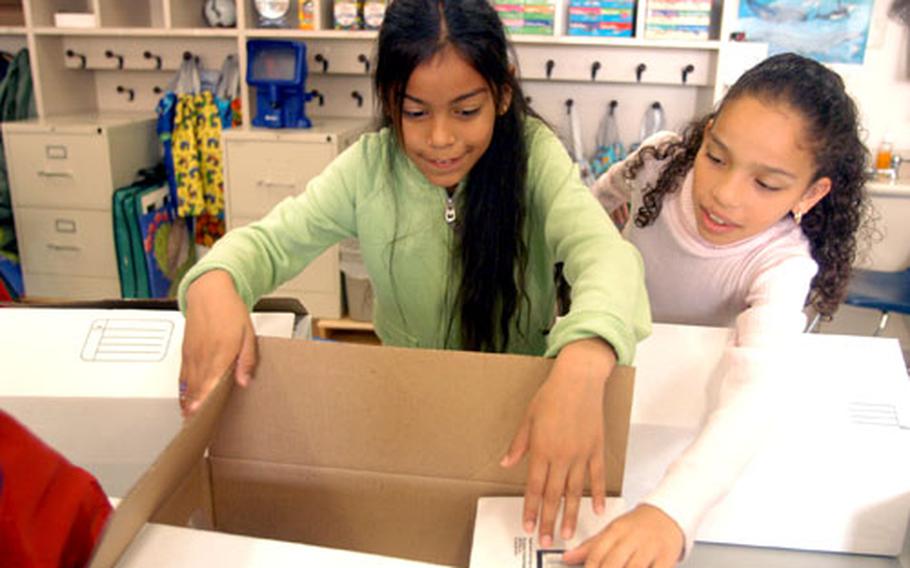 YOKOSUKA NAVAL BASE, Japan &#8212; Not everyone gets heaps of mail from home. Some active-duty military never see a care package. Holidays are hard on these folks.

But this year, someone will get a goody box from Milton Rodriguez. The 8-year-old packed up a bunch of things a soldier in harm&#8217;s way might need this Christmas.

Milton, along with the other Sullivans Elementary School third- and fourth-graders in Randi Dalton&#8217;s English-as-a-second-language class sent out eight boxes and 35 letters Tuesday. The idea comes from Anysoldier.com &#8212; a Web site started in 2003 to bring smiles to active-duty servicemembers who are in harm&#8217;s way and don&#8217;t receive a lot of mail.

Dalton plays Santa every year through the Web site. Her family always sends half a dozen boxes around the holidays, she said.

Each child chooses their box&#8217;s recipient from a list on the Web site. Some base their decision on geography, others on the military branch, others for different reasons.

A sailor will get Chris Amberger&#8217;s letter.