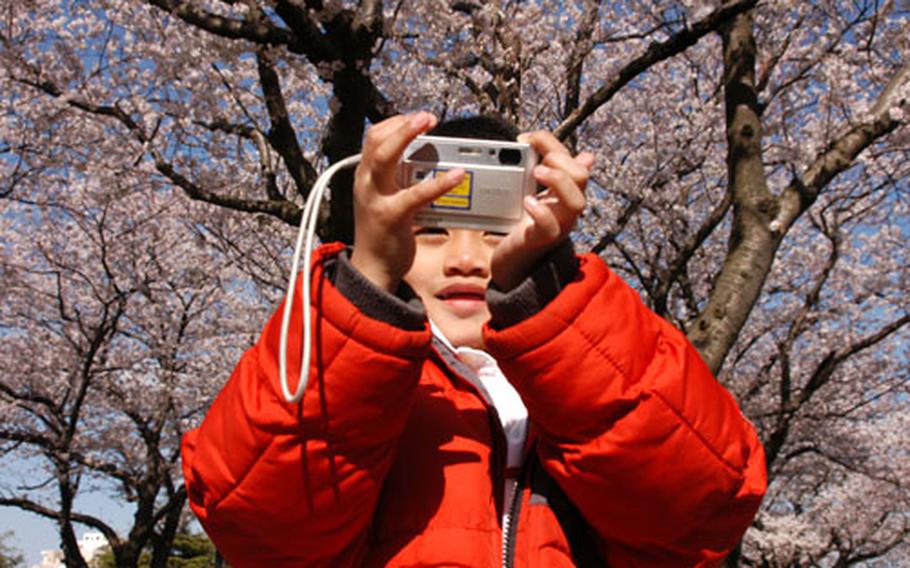 Jeremy Sendaydiego was out taking pictures of the cherry blossoms at Yokosuka Naval Base on Tuesday. (Allison Batdorff / S&S)

Jeremy Sendaydiego was out taking pictures of the cherry blossoms at Yokosuka Naval Base on Tuesday. (Allison Batdorff / S&S) 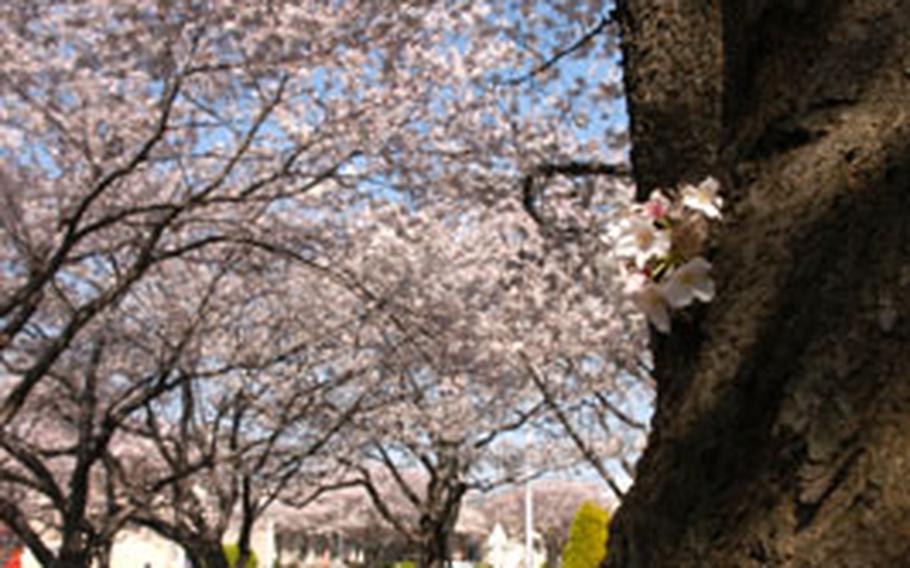 Yokosuka’s many cherry trees will be showcased this weekend at the annual Spring Festival open-base event this Sunday. (Allison Batdorff / S&S)

Nature has cooperated for a celebration of Yokosuka Naval Base&#8217;s cherry blossoms during a springtime fete set for Sunday.

Ship tours will take guests aboard the JS Ikazuchi &#8212; the sister ship of the guided missile destroyer USS Mustin &#8212; and the aircraft carrier USS Kitty Hawk.

Visitors will enter through Womble Gate.