'Yo Momma' performs to packed house at Stuttgart 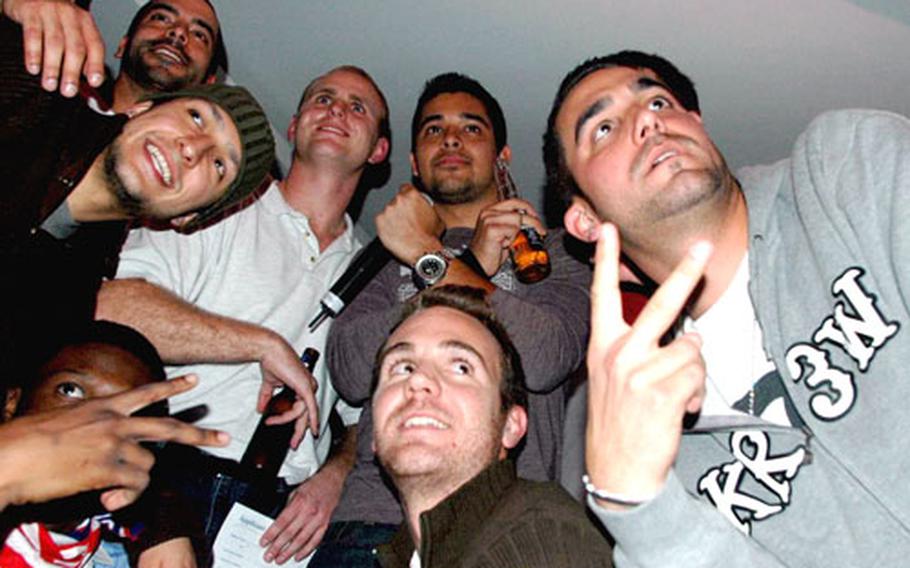 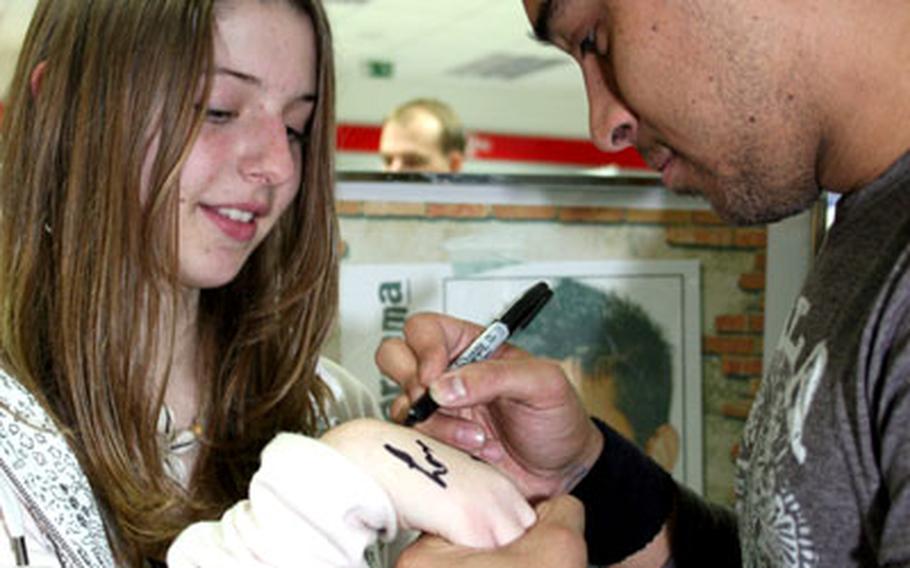 Wilmer Valderrama autographs a fan&#39;s hand on Friday at the Power Zone at Patch Barracks. (Photo courtesy of U.S. Army)

STUTTGART, Germany &#8212; U.S. troops in uniform have seen him at airports and shaken his hand.

On Friday night, Valderrama and a cast and crew of nine performed a version of his new series, &#8220;Yo Momma,&#8221; before a packed, adults-only room at the Kelley Club on Kelley Barracks.

After the hourlong show, Valderrama and others signed autographs and posed for pictures as the crowd danced to the music of DJ Vice.

&#8220;It was a riot,&#8221; said Army Chief Warrant Officer 3 Adam Bousquet of Intelligence and Security Command, fresh back from a tour in Iraq. &#8220;Shoot, it made me laugh; it made everyone laugh.

Valderrama and company performed Thursday night in Hohenfels, and was scheduled to play in Ramstein on Saturday and also visit Landstuhl Regional Medical Center.

The finale of Friday&#8217;s show featured contestants brought over from the States.

Harp Pekin, from Los Angeles, went insult for insult against a guy going by the name BGB, from New York City. The first round featured yo-momma jokes, the second round was freestyle insults, and the third round was the knockout joke.

The Germany shows almost did not come off, according to several officials, as some higher-ups fretted over the content of the programs.

Martha Povich, the Stuttgart garrison&#8217;s community recreation division officer, said she was not concerned that &#8220;Yo Momma&#8221; would offend the audience.