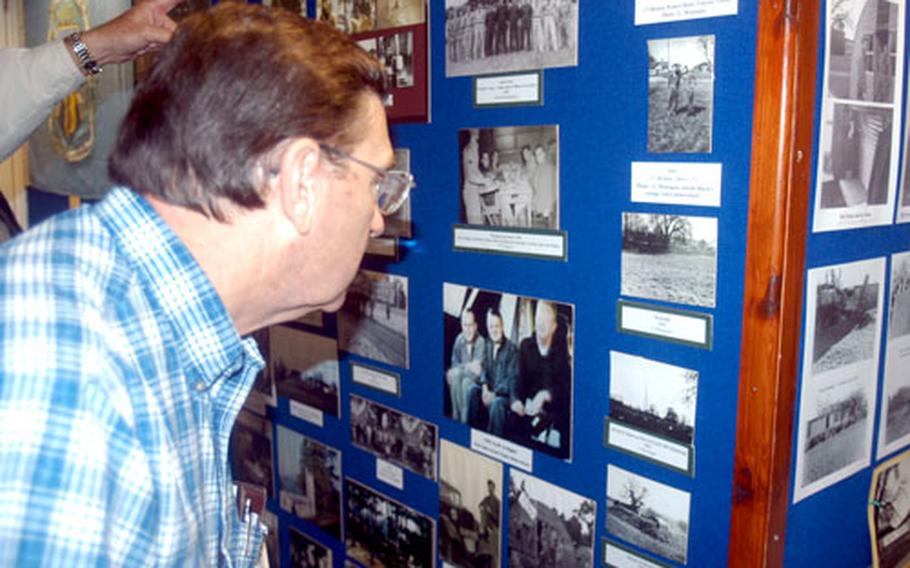 Phillip Mitchell, 67, of Milton, Wis., looks at photos in a museum Saturday from the early days of the British base known as Chicksands. Mitchell served from 1958 to 1962 and returned for a reunion. (Ron Jensen / S&S)

Phillip Mitchell, 67, of Milton, Wis., looks at photos in a museum Saturday from the early days of the British base known as Chicksands. Mitchell served from 1958 to 1962 and returned for a reunion. (Ron Jensen / S&S) 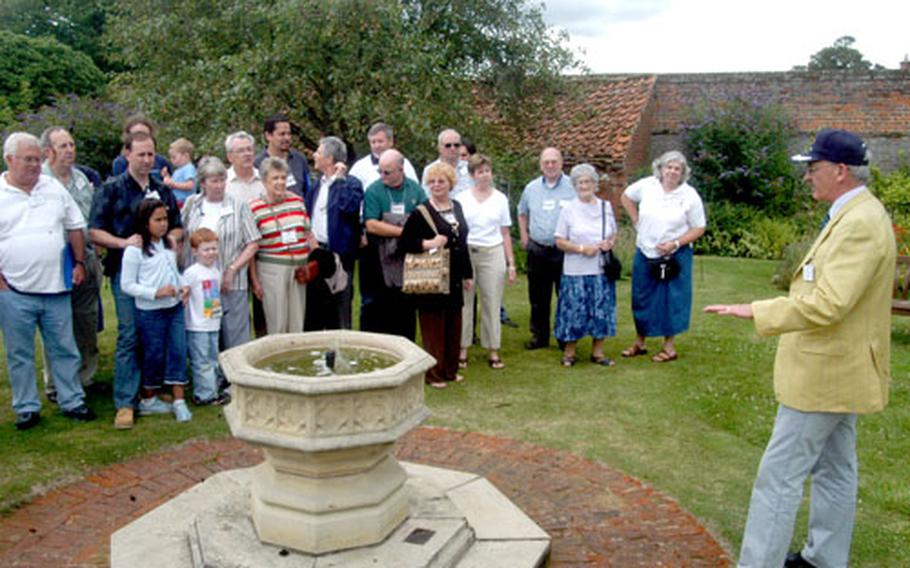 Chris Holtom, right, a retired British brigadier general, talks to a group of American visitors about changes at the Chicksands base. (Ron Jensen / S&S)

CHICKSANDS, England &#8212; The morning was fog-laden and the Cold War was rather warm.

It is important to remember those two things when Joseph Rose tells you about the &#8220;Russian rocket&#8221; he saw protruding from the ground at the American base known as Chicksands back in 1957.

&#8220;By the end of the day, there were photographers here from all over London,&#8221; said Rose, 68, who was an enlisted man deciphering coded messages back then.

The base population gathered at a distance to stare at the cylinder with Cyrillic lettering protruding from the ground.

It wasn&#8217;t a rocket, of course. A couple of jet jockeys bored with duty at an air base with no airplanes built it and planted it on the base under cover of darkness.

The story was only one being bantered about over the weekend at Chicksands, which was an American intelligence base from 1950 until 1995.

It is now the British military&#8217;s Defence Intelligence and Security Center.

But the base in the heart of England holds a special place in the hearts of those who served at it. About 40 of those Yanks, many with spouses, children and grandchildren in tow, visited the base to recall good times.

It was a reunion not of old friends, although friendships were made. It was, instead, a reunion of people who had one thing in common &#8211; Chicksands.

The couple met when he was assigned to the base from 1989 to 1991, and they married in the base&#8217;s 12th century priory that is now a quarters and dining facility for British officers.

&#8220;Almost the whole base showed up,&#8221; Garza said of the wedding. They attended the reunion, he said, to show their three children the place that means so much to their parents.

The base&#8217;s mission all those years was to gather and analyze intelligence from the Soviet Union, America&#8217;s battlefield foe should the Cold War turn hot. Technology changed over the years, but the mission never varied.

Phillip Mitchell, 67, from Milton, Wis., spent his days at Chicksands from 1958 to 1962 with headphones on, listening to Morse code messages coming from behind the Iron Curtain, typing what he heard on a manual typewriter stuffed with six pieces of carbon paper. He turned the results over to analysts for decoding and interpretation.

&#8220;Sometimes they would hide messages in weather reports,&#8221; he said. Although the Cold War was not a shooting war, it had its moments. And the stakes were high &#8212; possible nuclear war.

Nothing did happen, of course.

The Cold War ended in 1991 and Americans left Chicksands in 1995, part of the removal of more than 300,000 American troops from Europe.