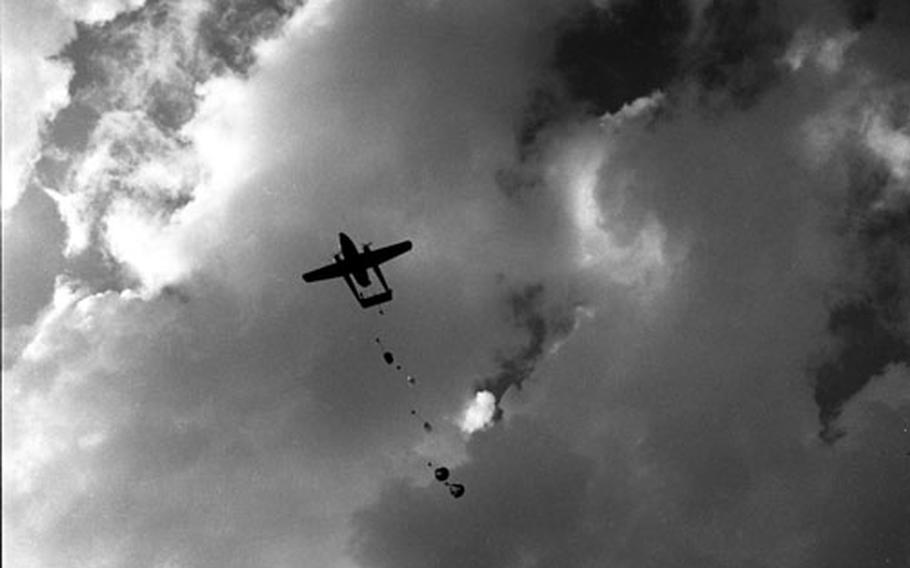 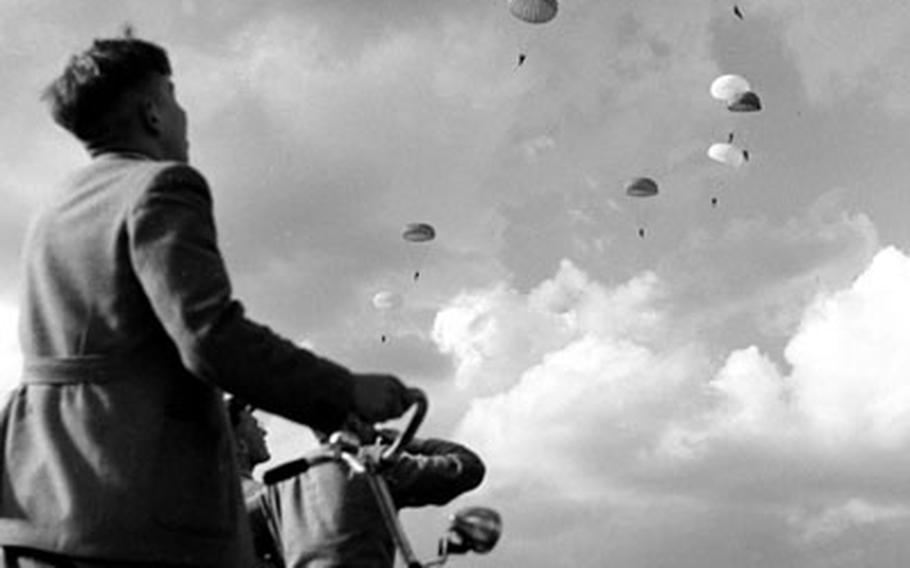 Buy Photo
A Dutch boy watches the paratroopers glide to the ground. (Red Grandy/Stars and Stripes) 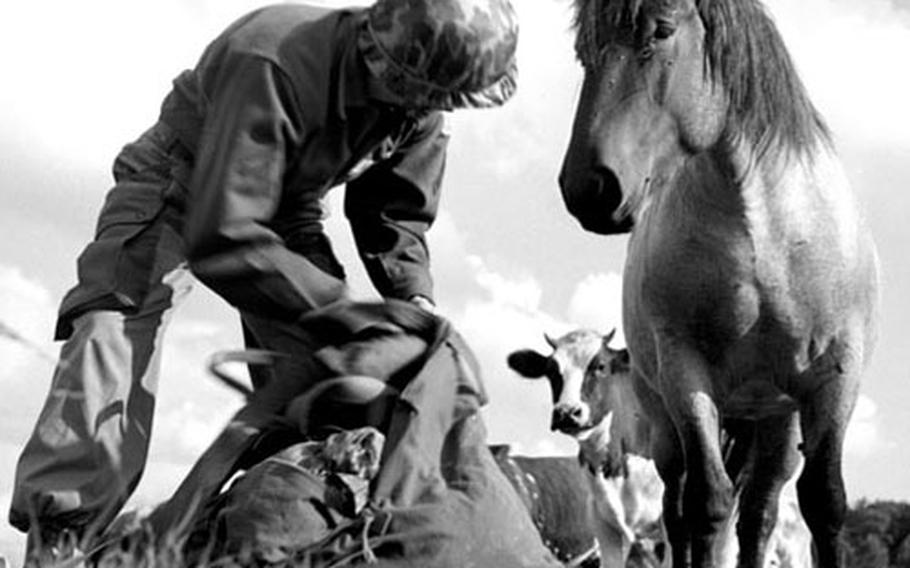 Buy Photo
A paratrooper is closely watched as he collects his chute. (Red Grandy/Stars and Stripes)

NIJMEGEN, Sept. 21 &mdash; It was just like old times for almost 100 Yank paratroopers in this Netherlands city.

The jumpers were guests of a grateful people liberated nine years ago by the 82d Abn Div.

Half the troopers were visitors looking for old buddies and helping the populace celebrate the liberation.

The others were disgorged from lumbering C119 Flying Boxcars in a jump to commemorate the day on which a helpless citizenry prayed for peace and that prayer was answered from the sky.

Thousands of citizens who lined the meadows outside of town squinted upwards as the airborne human cargo blossomed and descended in a pattern of peace.

School children shrieked &mdash; they have never before witnessed warfare. The older folks were silent &mdash; they remembered.

As the boys swung earthward, Nijmegen recalled the 2,200 killed, the 5,500 wounded and the 13,000 homes destroyed during the conflict that ended nearly a decade ago.

"We heard the planes," raid Peter Biesthurst, editor of the Gelderlander, "but didn't think they were Americans. We heard no news. All radios had been confiscated. "

"It was a beautiful day. Everything went all right until we hit the ground. Then we lost 40 men."

"We visited some of the places near where he jumped. He showed me the hotel where everyone was lying on the floor while the bombs were bursting the windows and glass was getting all over the food."

The town square, lighted now and astir with milling, peaceful throngs, was suicide then.

It was a holiday for Nijmegen and the boys who work the shroud lines on the silken blossoms.