WWII veteran leaves $8,300 to Hiroshima museum in memory of airmen 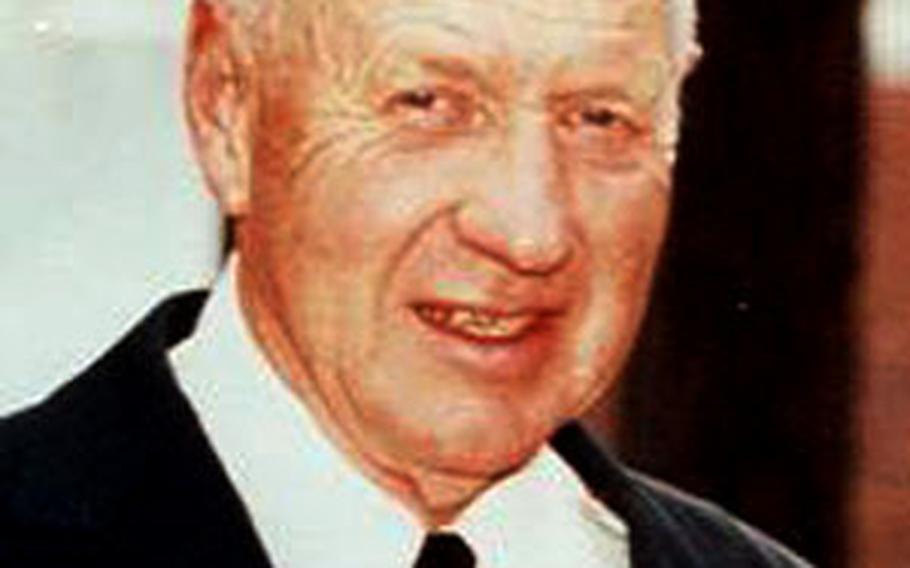 John Matthew Crawford, a former pilot with the Army’s 494th Bombardment Group during World War II, bequeathed almost $8,300 to the Hiroshima Peace Memorial Museum in memory of 11 American airmen who had bailed out of their planes over Japan during the final weeks of the war and died when the first atomic bomb was dropped on Hiroshima on Aug. 6, 1945. (Courtesy of Catharine Hultgren)

John Matthew Crawford, 86, was a pilot with the Army&#8217;s 494th Bombardment Group during World War II. He had bequeathed almost $8,300 to the museum in memory of 11 American airmen who bailed out of their planes over Japan during the final weeks of the war.

They were held in a Hiroshima jail and died when the U.S. atomic bomb was dropped over the city on Aug. 6, 1945.

Crawford, of Dayton, Mont., died Aug. 2 after falling from the deck of his home. The museum was one of the beneficiaries in his insurance policy and $8,276.06 was mailed to Koichiro Maeda, the museum&#8217;s curator.

He said the sum was the largest the museum has received from an individual.

Crawford was active in the 494th Bombardment Group Association and visited Hiroshima with other former airmen in 1999.

Historian Shigeaki Mori, who had invited Crawford and his group to the city, said the museum had been on Crawford&#8217;s mind ever since.

During the war, Crawford&#8217;s group bombarded the Japanese navy fleet in Kure, just west of Hiroshima. Crawford was a pilot in a B-24 on a photo reconnaissance mission before an attack on July 28.

&#8220;There was a fierce exchange of fire between planes and ground artillery that lasted for 35 minutes and destroyed the Japanese fleet,&#8221; Mori said.

Some 22 aircraft also were hit, he said, and among airmen who safely parachuted were the 11 who were jailed in Hiroshima about 1,300 feet from the atomic bomb&#8217;s epicenter.

According to his daughter, Catharine Hultgren, Crawford was touched by his visit to Hiroshima.

&#8220;Several things I have felt for some time have come to perspective while on this exciting trip,&#8221; Crawford wrote. &#8220;War causes hatred and sorrow. Terrible sorrow and suffering on all sides.

&#8220;We have met and become friends with the people who were never real enemies &#8212; only our countries were enemies. We were individuals who, being what or where we were, got drawn into the horrible conflict. Holding hands with men we were told were our enemies, heads bowed at several memorials, was an enlightening feeling.&#8221;

Mori spent more than 25 years tracking down the families of the 11 dead Americans to properly honor them by registering them in the city&#8217;s official record as victims of the bomb. In 2002, to console their spirits, the historian installed a monument on the exterior wall that now stands where they were jailed in a former military police headquarters.

It was in the course of such efforts that Crawford and Mori became acquainted.