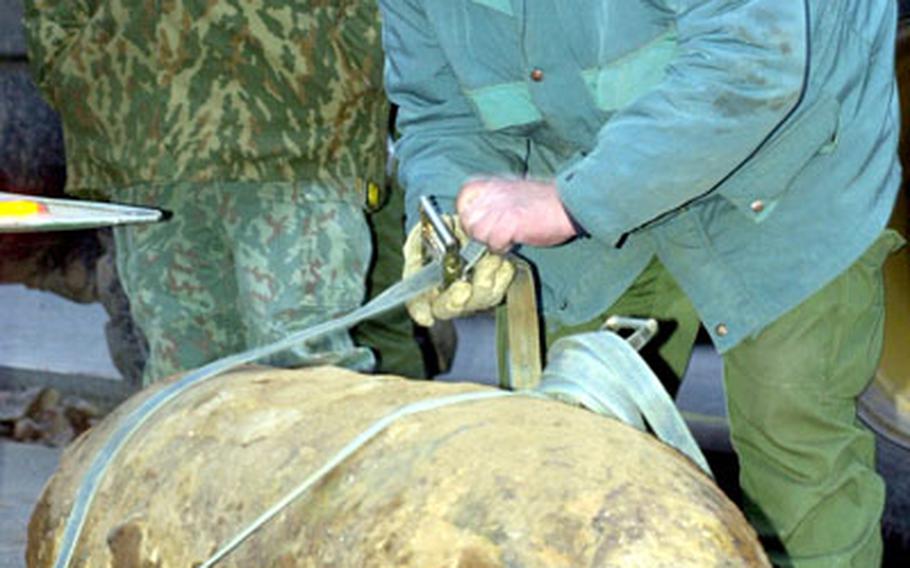 KAISERSLAUTERN, Germany &#8212; For the second time in about four weeks, a World War II-era, unexploded bomb was discovered, disarmed and removed from a Kaiserslautern military community installation.

A 1,000-pound bomb was discovered Monday afternoon in the Air Force&#8217;s Vogelweh Housing Area by a construction team working on a new traffic circle, said Erin Zagursky, an Air Force spokeswoman. The unexploded bomb was found near Building 1127, which is a housing unit. The elementary school and Child Development Center are near the area where the bomb was found.

Crews began work to remove the bomb around 5:30 p.m. Wednesday after employees, residents and students were evacuated from the complex. A 750-meter cordon was established to ensure safety during the bomb removal.

On Feb. 16, a 500-pound, World War II bomb was discovered by construction crews working at Pulaski Park, which is in close proximity to the Vogelweh Housing Area. That bomb was successfully removed without incident.