WWII bomb miles from US Army barracks defused without incident 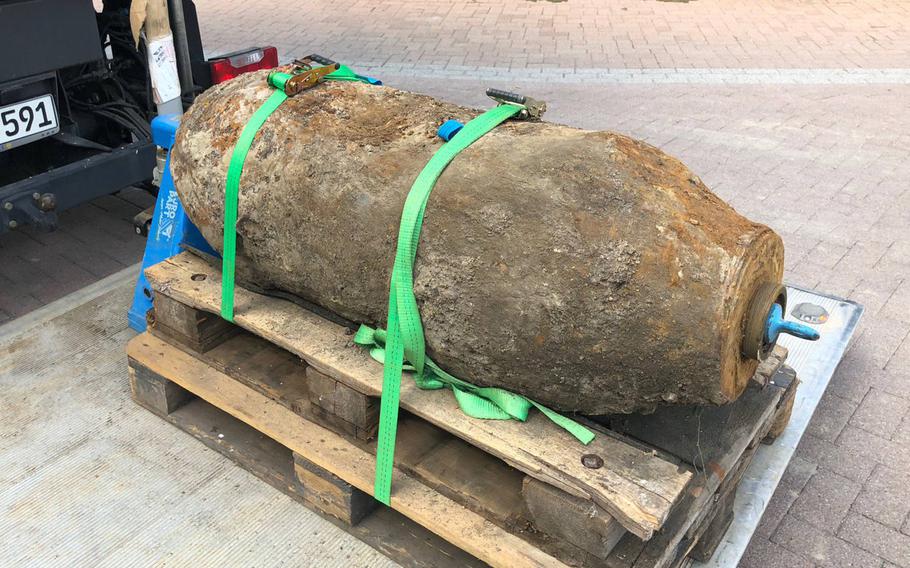 Thousands of residents were evacuated Sunday while a half-ton World War II-era bomb was defused in the southwestern German city of Ludwigshafen.

Some 18,000 people were moved from the area while a disposal team worked to unearth the rusted 1,100 pound bomb. The site was successfully cleared by Sunday afternoon, according to the city’s official Twitter feed.

The bomb removal occurred about 10 miles from the U.S. Army’s Coleman Barracks in Mannheim, which was well outside the evacuation zone.

Such bombs come in all shapes and sizes. In June, a 4-pound British incendiary bomb was removed from the U.S. Army’s Robinson Barracks in Stuttgart after being found at a base work site. In November, a 500-pound bomb was found next to another Stuttgart-area base that prompted a small evacuation.

About 2,000 tons of unexploded bombs and other munitions left over from WWII are found each year in Germany, usually during construction projects.

Roughly 15 percent of the bombs dropped during the war failed to explode, and many remain buried deep in the ground. Normally, ordnance experts can defuse the rusty bombs without a mishap, but in the past decade several technicians have been killed when the munitions detonated.

This summer forest fires in parts of Germany have set off numerous long-buried bombs, which has created added danger for firefighters.