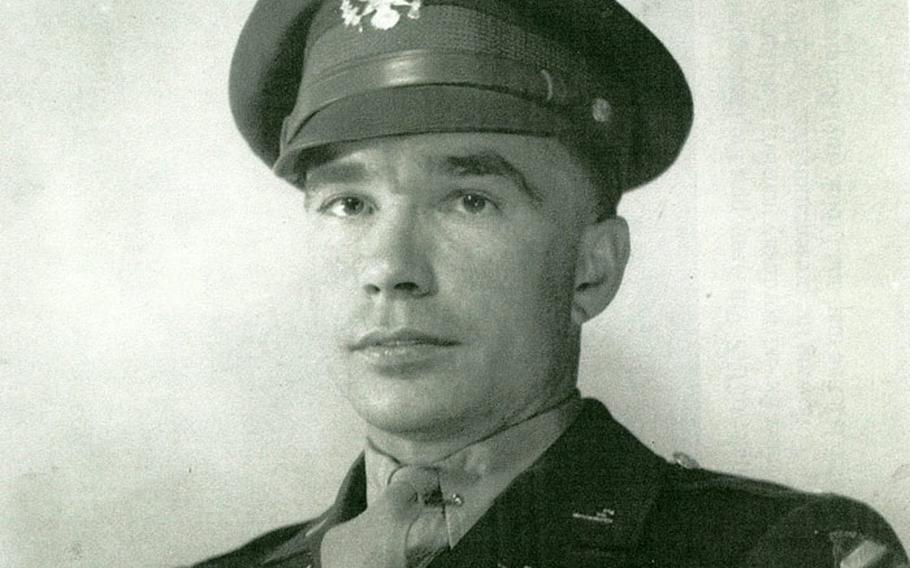 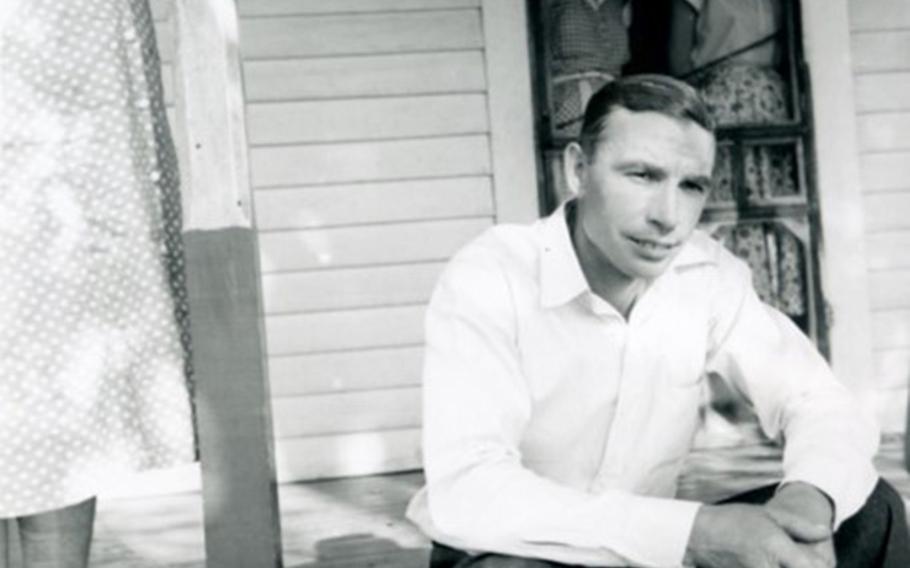 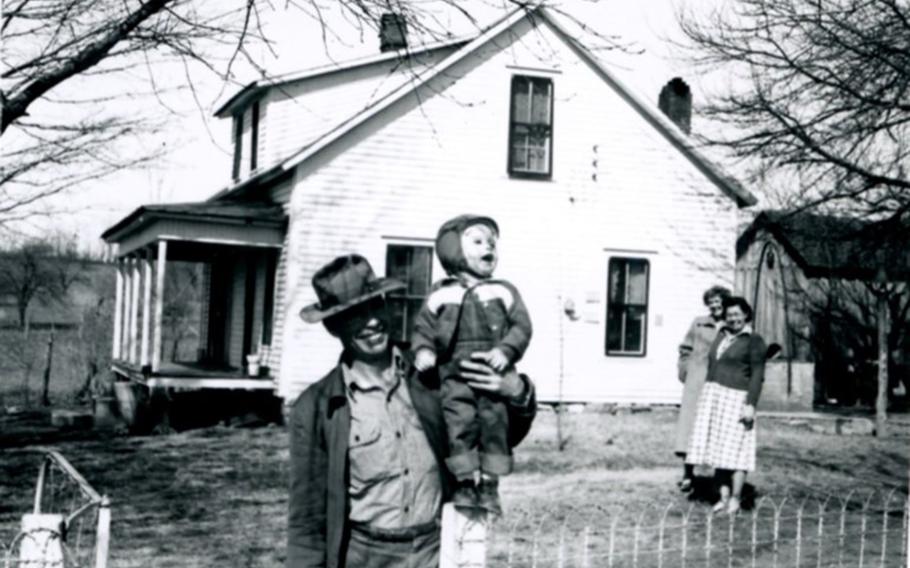 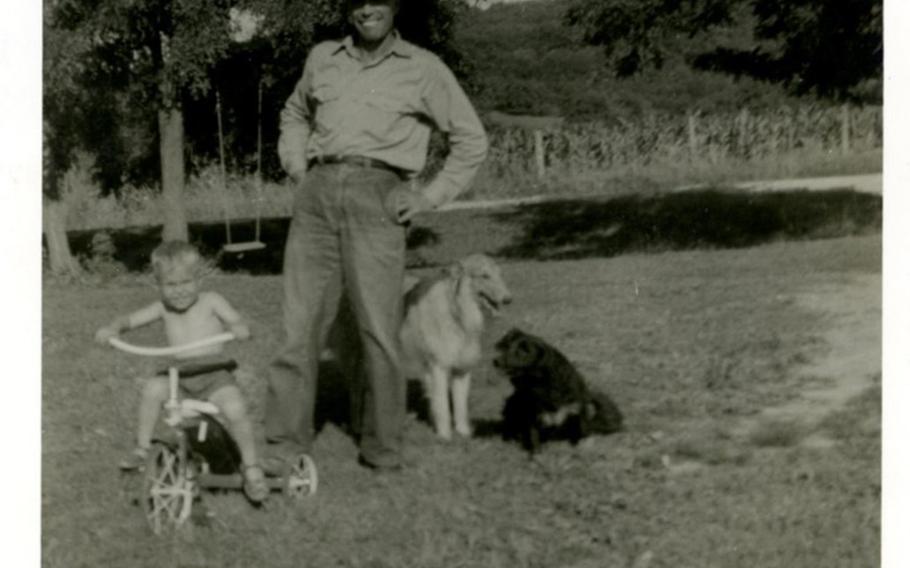 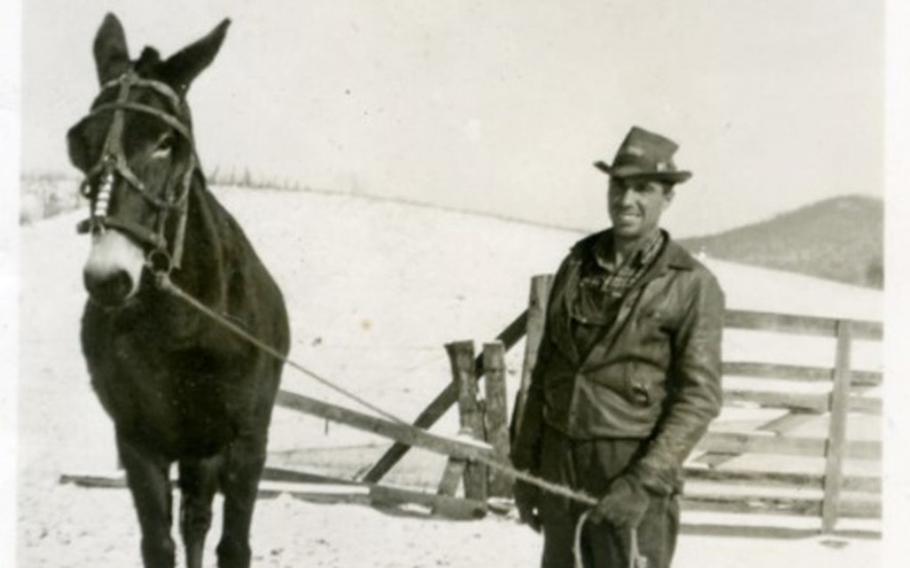 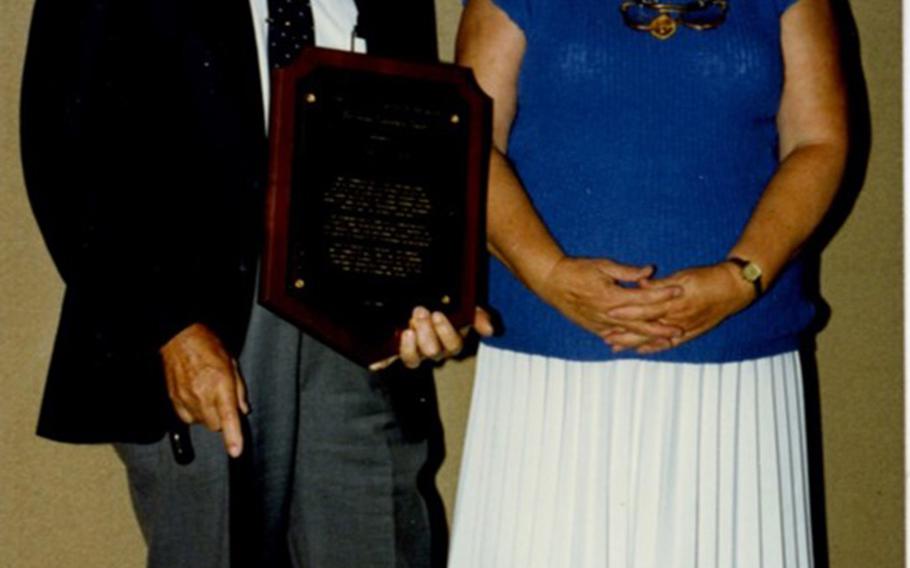 WASHINGTON — Garlin “Murl” Conner never wavered under fire during his 28 consecutive months of combat in North Africa and Europe. In the two decades since Conner's death, his family never wavered in their quest for the recognition that they knew he deserved – the Medal of Honor.

On Tuesday, President Donald Trump will award the nation’s highest military decoration to Conner’s widow, Pauline, in a White House ceremony commemorating the most remarkable moment of Conner’s exceptional combat career during World War II. The ceremony will cap a 22-year effort by Conner’s friends and family members to see the Distinguished Service Cross that he was awarded for his actions on Jan. 24, 1945 in eastern France upgraded to the Medal of Honor, as his battalion commander at the time had requested.

It will be a moment that Pauline Conner never thought would come.

“After all these years it really is and truly is an honor,” The 89-year-old Conner said Monday at the Pentagon. “I had really and truly given up on it. I just didn’t think it would ever happen. But he has a [combat] record that speaks for itself. I don’t have to tell it.”

Conner’s Army record during the war included four Silver Stars, French valor awards and three Purple Hearts. He earned the decorations in savage battles between October 1942 and March 1945 as his 3rd Infantry Division unit pushed from Morocco, across Tunisia into Italy, across France and into Germany.

His actions earned him the respect of his fellow soldiers and of his commanders, who in 1944 granted him a battlefield commission from technical sergeant to second lieutenant.

Lloyd Ramsey, Conner’s battalion commander who would rise to major general, wrote Conner was the best combat soldier he had ever observed in action.

"No words can express the outstanding leadership qualities that Lt. Conner had," the late Ramsey wrote after the war. Conner was “always willing to do more than his part.”

But people who knew Conner after he left the Army knew little of the small-town Kentucky farmer’s battlefield exploits. He rarely, if ever, spoke of his service because he was concerned it could come across as bragging, said Pauline Conner. He instead chose to tell people who inquired about his time in combat that he’d left those memories across the Atlantic Ocean, she said.

When Pauline met Murl in 1945 at a parade in their hometown of Albany, Ky., honoring his service just after his return from the war, she said she found it difficult to believe the stories of his combat heroics.

“He was such a caring person. He really was,” she said. “I just couldn’t imagine him doing what he did. Not in my mind I sure couldn’t.”

What he didConner had already received three Silver Stars for risking his life to save the men he served with when his unit – 3rd Battalion, 7th Infantry Regiment – found itself facing down some 600 German infantrymen and six Panzer Mark VI Tiger tanks near the town of Houssen, France.

It was the morning of Jan. 24, 1945 and the German army was launching desperate attacks on American formations in the wake of its defeat in the Battle of Bulge.

Conner, his battalion’s intelligence officer, could see his unit was in danger of being overrun and volunteered to take it upon himself to ensure U.S. artillery was hitting the German positions not entirely visible from behind the front lines.

The soldier – already injured in the hip from sniper fire in an earlier engagement – grabbed a telephone, unspooling the wire that connected it to his commander’s telephone, and dashed 400 yards forward, passing his battalion’s defensive position. Ignoring warnings from soldiers around him, Conner continued another 30 yards past the line, maneuvering through a field of artillery fire before diving into a snowy, shallow ditch from where he could observe the enemy formation, according to recounts of the battle.

With only the telephone and his submachine gun, Conner spent the next three hours laying in that ditch, directing American artillery fire as swarms of German soldiers moved toward his battalion, according to his Medal of Honor citation. When his position was eventually spotted by the German soldiers closing within some 10 yards of him, Conner remained calm. He called in fire on his own position, fearing if the Germans near him moved forward they would decimate the U.S. soldiers behind him.

“By his incredible heroism and disregard for his own life, Conner stopped the enemy advance,” the citation reads. “The artillery he expertly directed under constant enemy fire killed approximately 50 German soldiers and wounded at least 100 more, thus preventing heavy casualties in his battalion.”

Conner should not have even been in that battle. The lieutenant had snuck away from a field hospital where he was being treated for the bullet wound in his hip, telling his superior officers he would not let his men continue to fight without him by their side.

A former Green Beret, Richard Chilton, had reached out to the Conners in 1996 seeking information about his late uncle, Army Pfc. Gordon Roberts, who died in the Battle of Anzio, Italy in 1944. Roberts had served with Conner.

Pauline Conner suggested Chilton search her husband’s war records for any information that he could find about his uncle’s service.

Chilton was astonished by what he found, said Luther Connor, a cousin of Murl Conner’s and the family’s attorney.

Chilton “saw all the medals and [Conner’s] awards were in a cardboard box in the bottom of his duffle bag in the back of the living room closet,” Luther Connor said Monday. “He took it upon himself to write hundreds and hundreds of letters" seeking the upgrade.

It launched a struggle that would last the next 22 years through battles with the Army’s awards branch and eventually in courtrooms. Twenty years after Murl Conner’s death following kidney failure and diabetes, Luther Conner said the family had finally found some closure with Trump’s decision to approve the upgrade of his award.

“We were quite sure from the outset,” Conner said about his cousin’s deserving of the Medal of Honor. “You could read the account. There was just no doubt he was deserving of it. That’s separating any emotion or family interest or anything.”

Pauline Conner said she was having difficulty hiding her emotions as she thought about the ceremony set to happen Tuesday afternoon.

She smiled as she considered what it would be like when Trump handed her the award.

“I’m just going to be so happy I may just grab him and hug him,” Pauline Conner said.

But there is one thing that could make the ceremony better – if it had come when her husband could have received it himself.