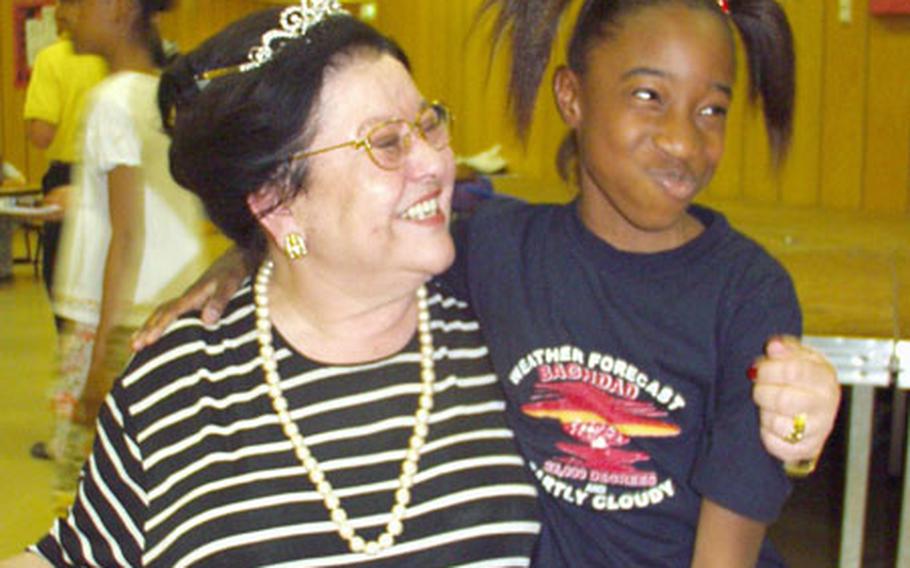 Ursula Karsten shares a lunchtime laugh with Isha Sumah, 10, a fifth-grader at Würzburg Middle School, Germany. The school honored Karsten on Friday for her 40 years as a Department of Defense Dependents Schools teacher of German language and culture. (Steve Liewer / S&S)

Ursula Karsten shares a lunchtime laugh with Isha Sumah, 10, a fifth-grader at Würzburg Middle School, Germany. The school honored Karsten on Friday for her 40 years as a Department of Defense Dependents Schools teacher of German language and culture. (Steve Liewer / S&S) 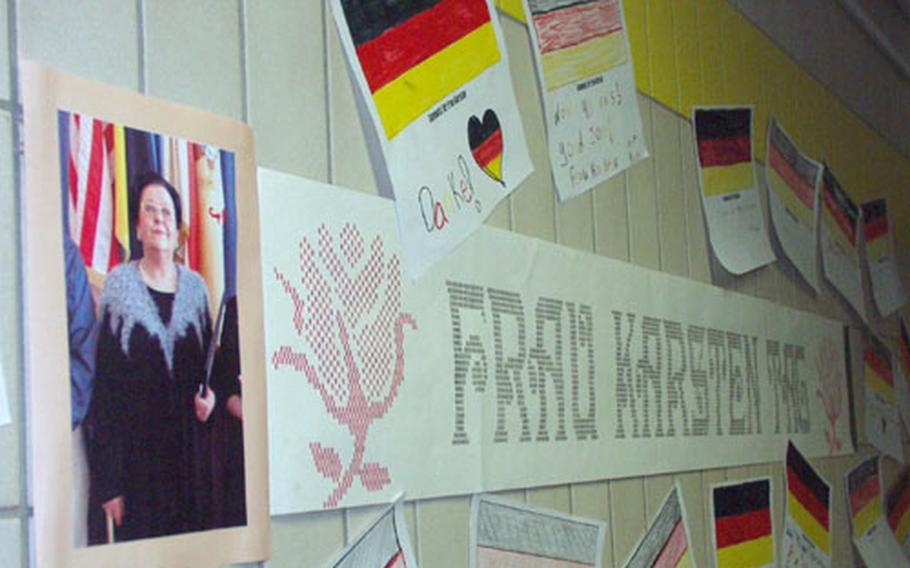 Posters and tributes plaster the walls Friday at Würzburg Middle School, Germany, for "Frau Karsten Tag." The school had prepared a surprise daylong tribute to Ursula Karsten, the school&#39;s German culture and language teacher, in honor of her 40 years of teaching for Department of Defense Dependents Schools. (Steve Liewer / S&S) 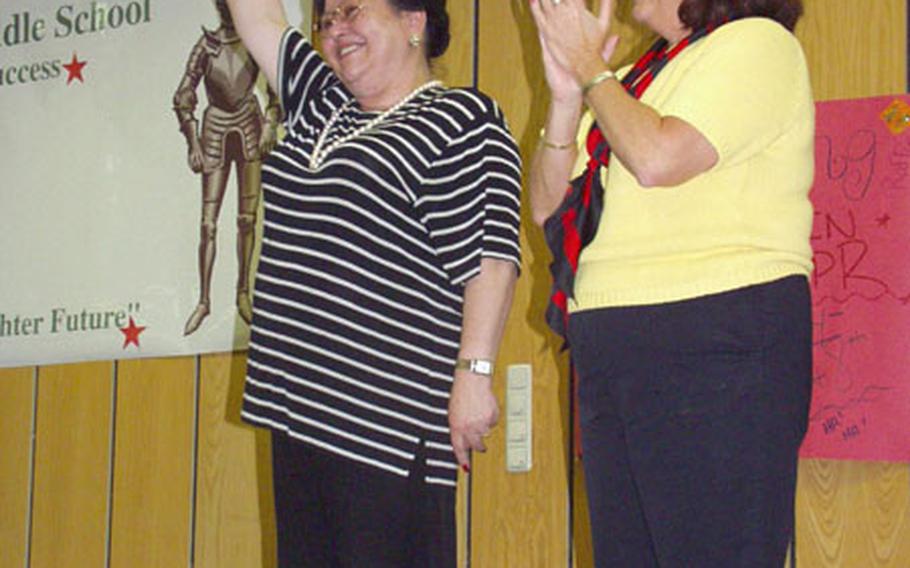 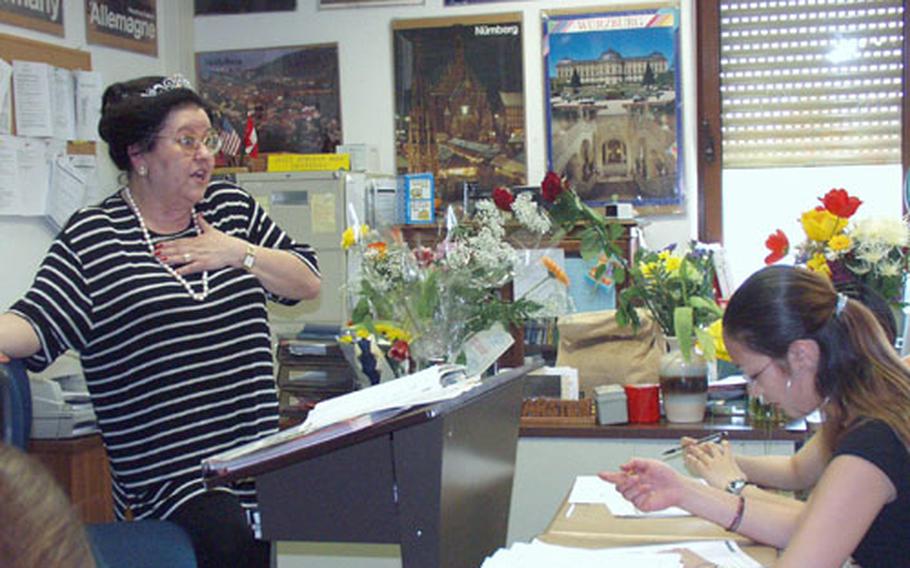 Her desk teeming with flowers from children, Ursula Karsten teaches German to seventh- and eighth-graders at Würzburg Middle School, Germany. The school declared Friday "Frau Karsten Tag" in honor of her 40 years as a Department of Defense Dependents Schools teacher of German language and culture. (Steve Liewer / S&S)

W&#252;RZBURG, Germany &#8212; When Ursula Karsten walked through the doors of W&#252;rzburg Middle School Friday morning, she got the biggest shock of her 40 years as a teacher.

Tributes from her pupils and fellow teachers plastered the walls of the school. Paper banners in the red, black and yellow of the German flag decorated her door. Giant posters proclaimed &#8220;Frau Karsten Tag&#8221; in honor of her 40th anniversary teaching German language and culture for the Department of Defense Dependents Schools.

Dozens of teachers and hundreds of pupils had been in on the surprise, planned for weeks by close friends on the faculty, including Nancy Muzatko and Bob Voce. No one gave away the secret.

All day long, she could hardly take a step without a child hugging her or thanking her or handing her a bouquet of flowers. Sometimes she wasn&#8217;t sure whether to laugh or cry.

Karsten wanted to be a teacher since her childhood in the northern Bavarian town of Fulda, once a U.S. Army hub in Germany. She stuck with her English studies, despite a rebuke from a childhood English teacher that she would never master the language. The insult still burns.

Karsten studied in England in the early 1960s. She decided to teach in a DODDS school in her hometown, preferring the warmth and closeness of American education to the authoritarian German system.

She started at Fulda American High School and taught there for 33 years, until the school and the base were closed in 1997.

It&#8217;s not been easy. Fulda is an hour away; most days she commutes by train. She is unmarried and has no children, so no one is waiting while she&#8217;s away.

Students and faculty alike describe her classroom as light and full of fun. She gives points for exceptional performance and behavior. Kids can exchange the points for &#8220;bravos,&#8221; which can be redeemed for gummi-bear candies.

The kids, too, give their teacher high marks.

The celebration confused some kids into thinking Karsten was retiring. But she says she has not given quitting a thought. She loves her kids too much.