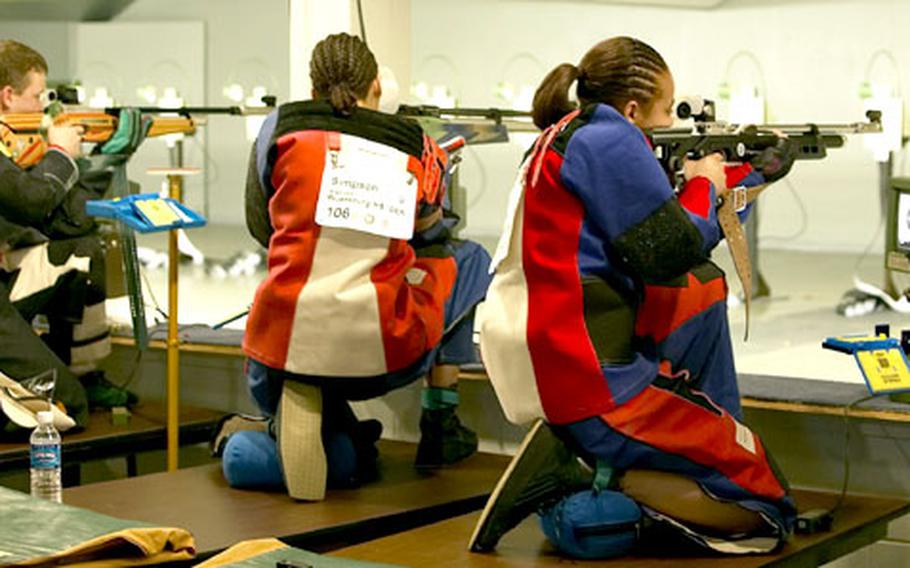 The rifle team from W&#252;rzburg High School in Germany has come a long way in one year.

After finishing last at the 2003 National All-Service JROTC Marksmanship Finals, the team took second at this year&#8217;s competition and broke records throughout its January-through-March season.

Rifle team members Katrina Simpson, Kourtney Simpson, Justin Shell and Rainer Bretch, all seniors, set one of its records last year &#8212; 1,397 points in a single competition. This year, it beat that record by one point.

At the European Rifle Championships in February, W&#252;rzburg reset that record, scoring 1,400 points to win the title and earn a berth in the Army JROTC Eastern Region Championships at Fort Benning, Ga.

Competing against 13 stateside teams, W&#252;rzburg won that contest, which qualified it for another trip to Fort Benning for the national championships March 25-26.

The team to beat at Nationals was the Marine Corps JROTC team from Shelby County High School, Ky., which won Nationals in 2003 and claimed the Junior Olympic team title earlier this year.

W&#252;rzburg had a strong showing on the first day of competition, slipping by Shelby County, 2,294 to 2,293. The defending champs came back on day two to beat W&#252;rzburg and reclaim first place.