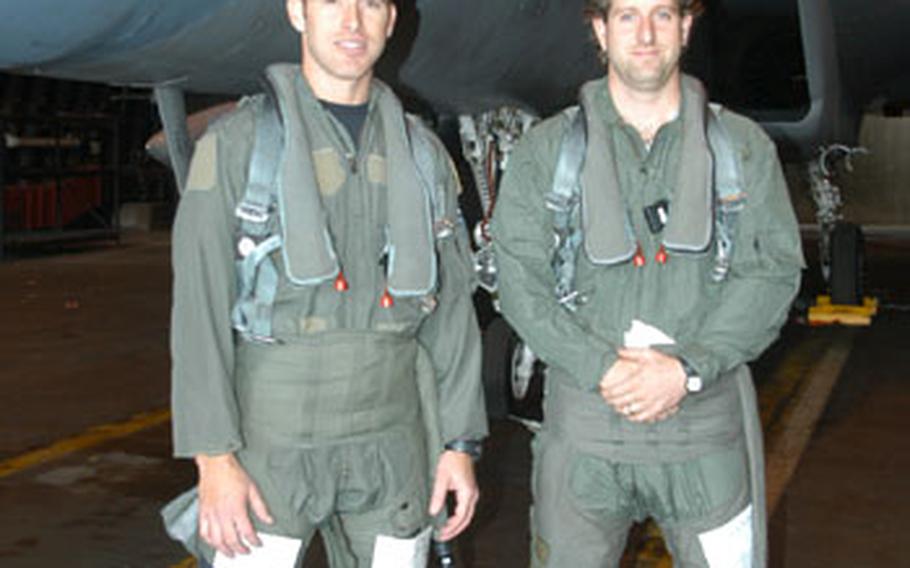 Air Force Capt. Richard “Fiddler” Blagg, left, and Stars and Stripes reporter Bryan Mitchell pose for a picture prior to boarding an F-15D at RAF Lakenheath. (Photo courtesy of the U. S. Air Force)

Air Force Capt. Richard “Fiddler” Blagg, left, and Stars and Stripes reporter Bryan Mitchell pose for a picture prior to boarding an F-15D at RAF Lakenheath. (Photo courtesy of the U. S. Air Force) 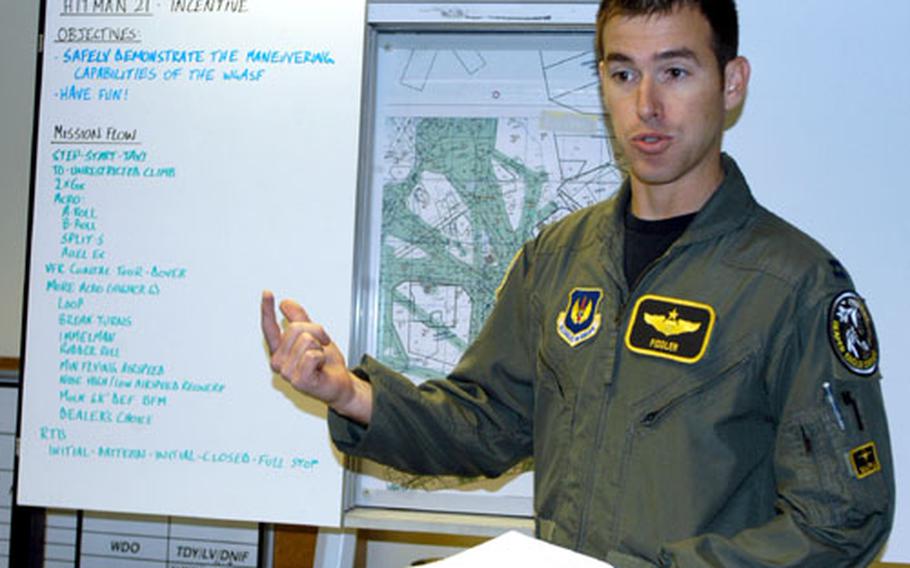 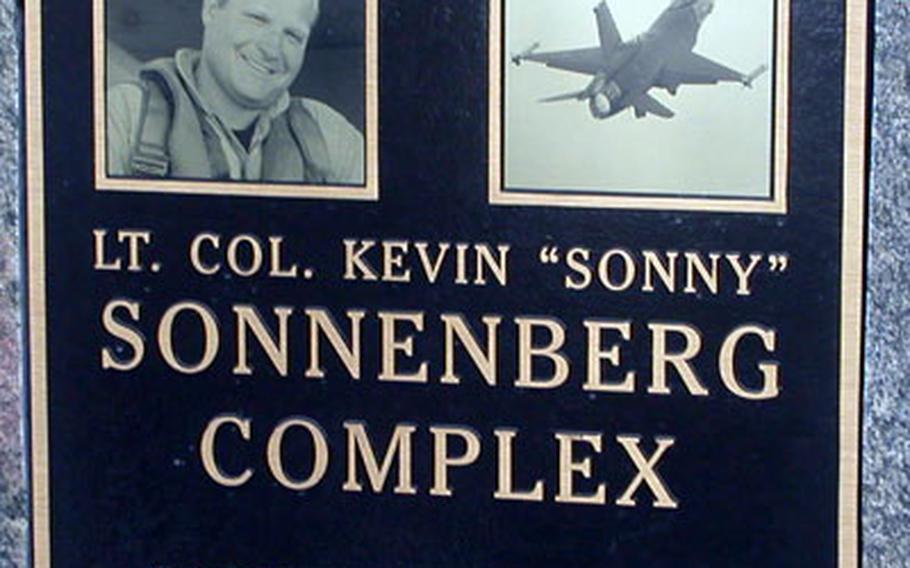 RAF LAKENHEATH &#8212; Seldom are the occasions that a journalist is without words.

When tragedy strikes, we seek to craft passages that make sense of the senseless. And when triumphs arise, we&#8217;re called upon to herald the victors and record the feat for posterity.

But somewhere between the unrestricted combat takeoff that topped speeds of 6,000 feet per minute and the far gentler 3,000-foot flyover of Dover Castle amid the low cloud cover and gorgeous fall skies, that is exactly how I found myself when Capt. Richard &#8220;Fiddler&#8221; Blagg probed gently, &#8220;You OK back there?&#8221;

Finding words and the skill to mold them into sentences to adequately describe flying in what airmen proudly call &#8220;the world&#8217;s greatest air superiority fighter&#8221; is far beyond my ability.

It seems impossible to depict the thrill of a combat launch, the rush of pulling seven Gs, the exhilaration of manning the surprisingly straightforward controls and the humility of witnessing one of our nation&#8217;s finest deftly maneuver an F-15D.

But more importantly for me, it was a chance to understand firsthand and pay tribute to the tremendous skill, fortitude and commitment of a family hero who recently perished flying the F-15s intra-service rival, the F-16 Fighting Falcon.

Days before I was granted the unique honor of flying shotgun in the F-15 with the 493rd Fighter Squadron, the immediate family of Maj. Kevin Sonnenberg learned that spatial disorientation shortly after his June 15 midnight launch from Balad Air Base in Iraq caused the crash.

Sonnenberg, who was posthumously promoted to lieutenant colonel, was my wife&#8217;s cousin, the godfather to our son and an Ohio Air National Guard fighter pilot who flew for Delta Air Lines as well as farmed corn, soy and wheat on the family farm.

He reveled in toil &#8212; whether it be on a perilous combat sortie designed to protect troops on the ground or in reaping a bountiful crop to keep the family farm profitable.

And in the in-air chit-chat during my nearly two-hour flight with Blagg, I recognized the same selfless sense of duty, unyielding courage and singular steadfastness that lofted Sonnenberg to his rightly deserved role of farm-boy turned fighter pilot stud.

A love of flight and devotion to country called them to the Air Force, but lives rich in family, friends and education defied the Hollywood stereotype of the self-obsessed fighter jock.

They are men who typify the very best our nation yields who fly fearlessly some of the finest aircraft our nation manufactures.

I had little say as to when I would fly with Blagg and no control as to when the Air Force would release its initial findings as to how Sonnenberg crashed.

But to ignore the proximity of the two seemed to flout not only the tremendous privilege of flying in a fighter jet capable of Mach 2.5, but the much greater honor of briefly calling Sonnenberg my family and Blagg my wingman.

It&#8217;s enough to leave even a journalist without words.