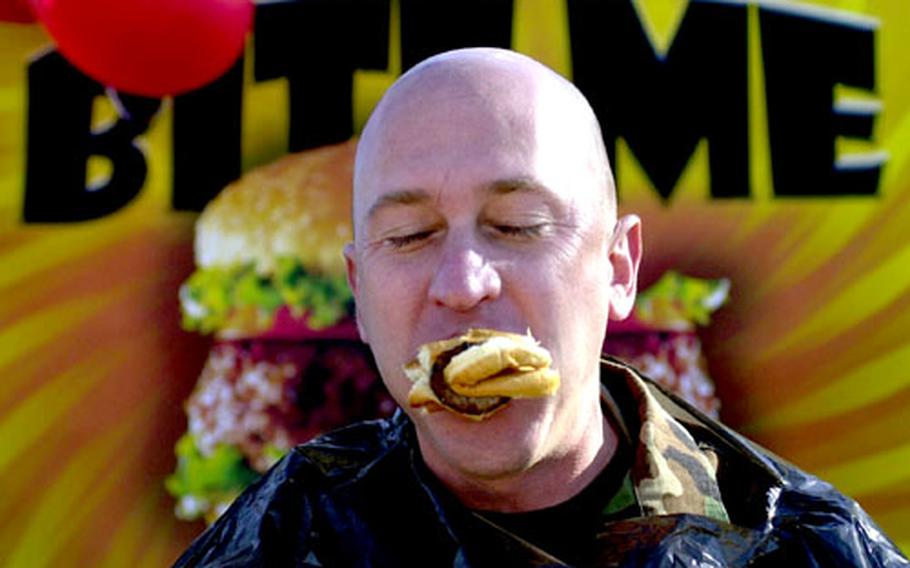 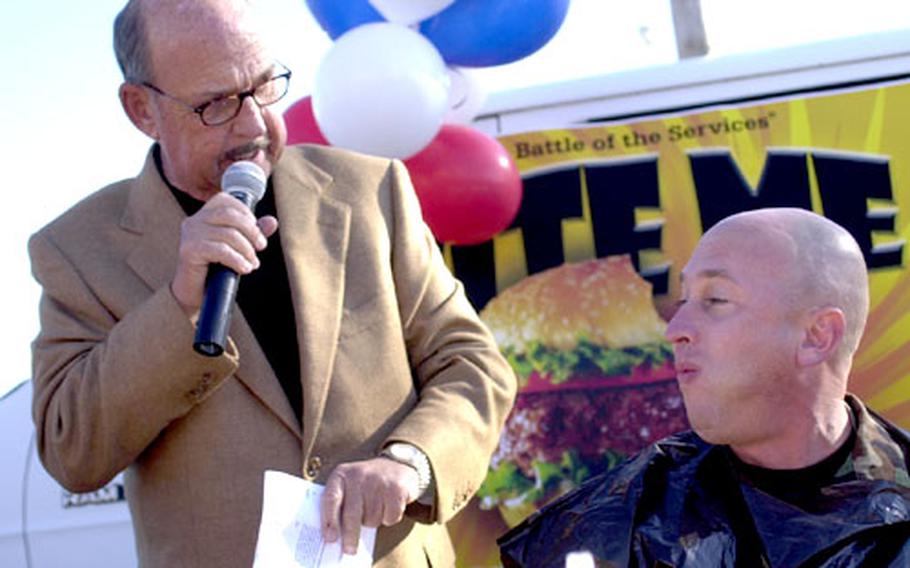 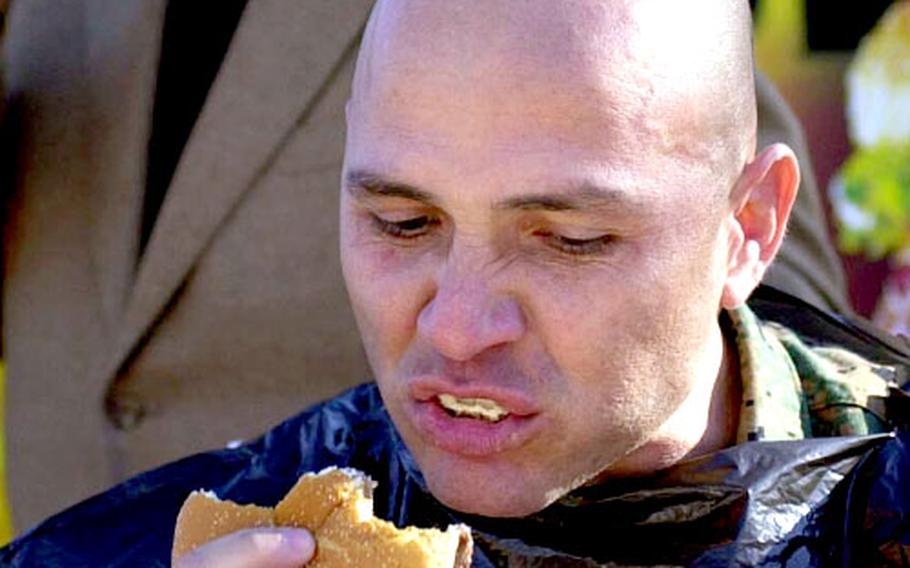 Even The Rock couldn&#8217;t have devoured the pyramid of more than a dozen burgers in such time.

The four participants &#8212; one from each branch of service &#8212; went jawbone to jawbone in a contest billed as the &#8220;Battle of the Services Bite Me Hamburger Eating Championship.&#8221; It served as the main event for the grand opening of the Morale, Welfare and Recreation department&#8217;s Cosmos Food Court in Reflections.

Master Chief Petty Officer Dave Zegers ate two burgers and snatched the top prize. But Army Staff Sgt. Kip Staley could have won if he only would have kept the food down. The lunchtime crowd offered encouragement, but what went down soon came up.

Mean Gene&#8217;s is one of three restaurants at the food court, which actually opened in late October. Eddie Pepper&#8217;s and Asian Creations are the other restaurants. All three are part of the Orion Food Systems based in Sioux Falls, S.D.

Before selling burgers, Okerlund, 60, has been the most recognizable professional wrestling broadcaster. He began his career in 1970 when he filled in for a sick ringside announcer. He later joined the World Wrestling Federation, which is now World Wrestling Entertainment.

But pitching Mean Gene&#8217;s in places such as Rota takes up a considerable amount of his time these days.

There are 234 Mean Gene&#8217;s restaurants worldwide and growing. The company plans to open 500 by the end of 2004, Okerlund said. Additional restaurants are scheduled to open on military bases in Yokosuka, Japan; San Diego, Calif.; and Dayton, Ohio.