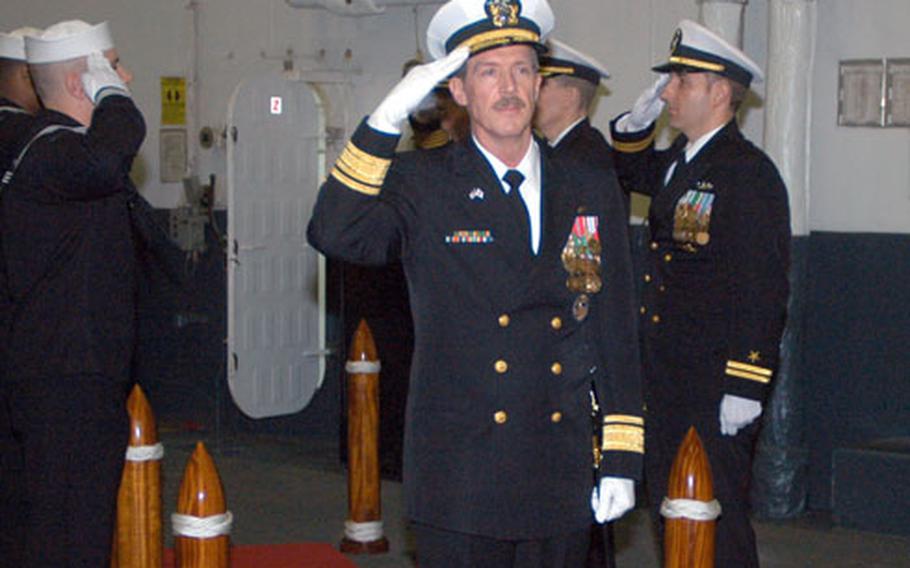 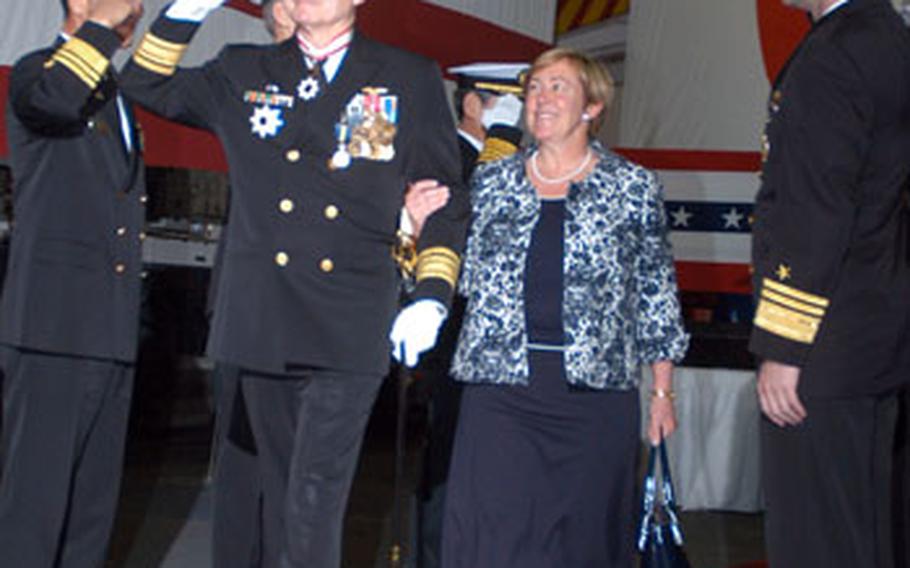 YOKOSUKA NAVAL BASE, Japan &#8212; The top officer for all U.S. Navy personnel in Japan passed the helm to his successor Thursday in a ceremony aboard the USS George Washington.

Wren, who formerly commanded Task Forces 70 and 75, Battle Force 7th Fleet and Carrier Strike Group 5, stressed the importance of the Navy in Japan.

"We not only see to the defense of Japan, but we are a significant power that sees to the stability of this side of the planet," Wren said.

Kelly, who commanded Carrier Strike Group Five and Task Force 70 from 2003 to 2005 before taking command of CNFJ, will officially retire June 30.

During his CNFJ tenure, the U.S.-Japan alliance was tested several times, with high-profile crimes involving sailors and protests against the first forward-deployment of a nuclear-powered aircraft carrier &#8212; the George Washington &#8212; to Japan.

Kelly, however, was seen as a force in developing and maintaining relations with local communities as well as with Japanese government officials.

Japanese Prime Minister Taro Aso sent a message to Kelly that a representative read at the ceremony, calling the admiral "a best friend of Japan."

"The forward deployment of USS George Washington to the western Pacific is a clear expression, to the world, of the firmness of the Japan-U.S. alliance," Aso wrote.

As foreign minister, Aso helped Kelly facilitate the deployment of the George Washington.

"The realization of her smooth arrival is one of the most remarkable accomplishments of Rear Admiral Kelly," Aso added.

Looking forward, Wren told the gathering he hopes to continue in Kelly&#8217;s legacy.

"I pledge to you my continued passion and support for what I believe in ... to continue the good work that we&#8217;ve accomplished over the last few decades and particularly in the last 3&#189; years."