Wren, strike group in transition together 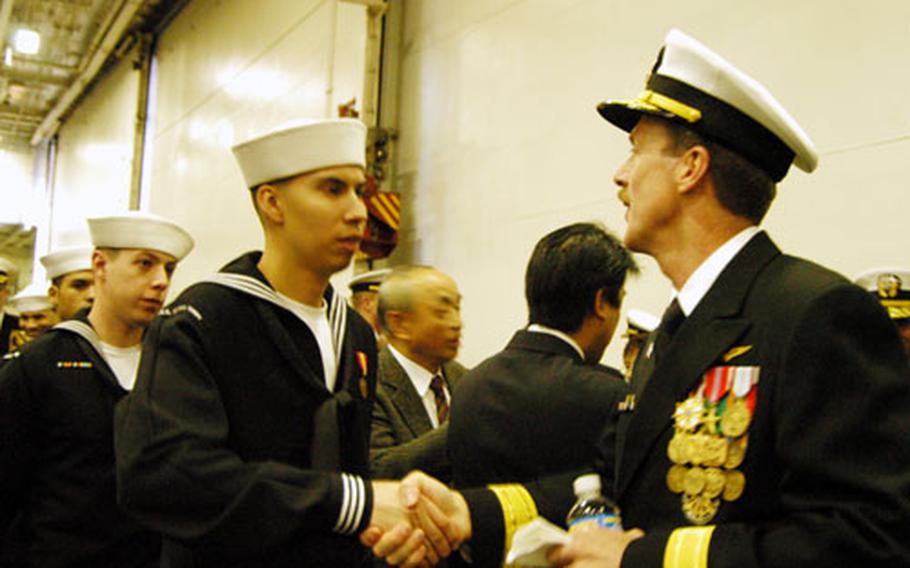 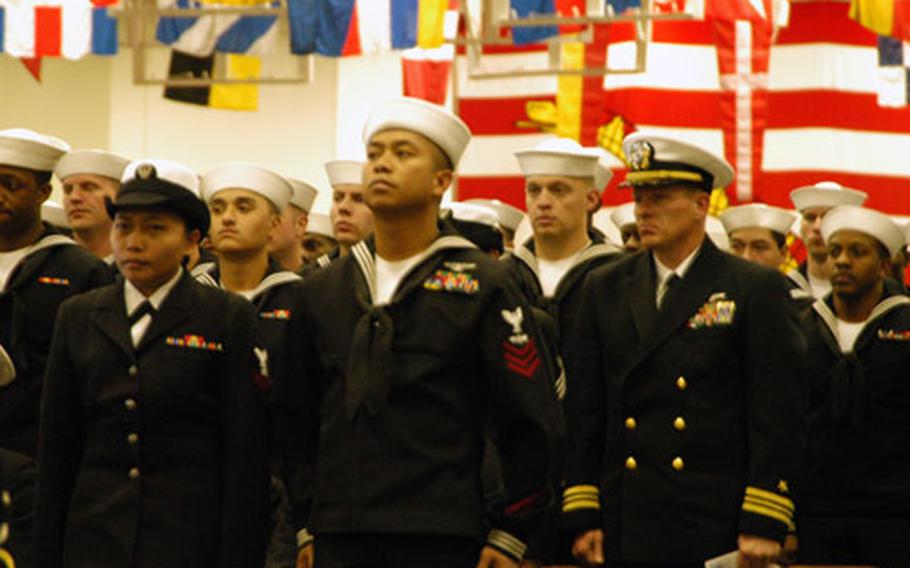 Every man at the podium had been in the hangar bay before &#8212; some several times over several decades &#8212; and all had something to say about the &#8220;Hawk.&#8221; At 46 years old, Kitty Hawk is the Navy&#8217;s oldest active-duty ship and is scheduled to be replaced by the nuclear-propelled USS George Washington next year.

First arriving on the Kitty Hawk as a midshipman in 1968, he did three deployments on the carrier, eventually becoming commanding officer of the Kitty Hawk Strike Group from 1998-2000.

McClain:&#8220;Kitty Hawk is getting tired. The tremendous ability to provide us with the capacity to keep Kitty Hawk in its best readiness condition is due to the captain and crew and the ship repair facility.&#8221;

Wren was executive officer for the Airborne Early Warning Squadron 115 Liberty Bells in 1993, assuming command in 1995.